Spotlight is a story series dedicated to creators and builders of open source software.

Where did you grow up?
I grew up in Curitiba, Brazil. I have a degree in Bachelor Science from the Federal University of Parana (UFPR).

Are you currently working or have worked for a company in the past?
I work for iXsystems, the company behind FreeNAS and TrueNAS. I have been involved since the company took over the FreeNAS project, rewriting it using more modern technologies. That said, I have worked with the first rewrite of the WebUI, improvements to the back-end and API. 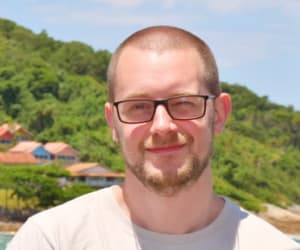 What is FreeNAS?
FreeNAS is an operating system that can be installed on virtually any hardware platform to share data over a network. It is the simplest way to create a centralized and easily accessible place for your data. You can use FreeNAS with ZFS to protect, store, and back up all of your data.

You can visit the website at freenas.org, and look at the source code at github.com/freenas/freenas.

What's the primary problem that the project solves?
FreeNAS makes it easy to build a personal file server for your home, to backup and share movies and photos with your family and friends. FreeNAS works well for home users, small office / home office and large companies. It can be used as a simple way to share some files within a network, backup/restore to/from the cloud.

How can someone use FreeNAS?
FreeNAS can be downloaded at freenas.org/download. The docs are here.

How big is the core maintainer team?
We have about 12 developers working on the product, as well as a handful more people working on documentation and QA.

What inspired you to join this project?
The project combines two things that I love, FreeBSD and Python. That made it a no-brainer for me.

What is your vision for the future of this project?
Our vision is to make FreeNAS as easy to use as possible, making it a seamless experience and at the same time allowing it to be a swiss-army knife if needed. Data is priceless and we want to help protect it.

If someone wants to support the project, where can they donate?
iXsystems does not accept direct donations, instead we urge people to donate to the FreeBSD project instead, the operating system used by FreeNAS. You can do that here.

Link to the original article.

Once unpublished, this post will become invisible to the public and only accessible to Shakshy Seth.