So hoisting doesn't mean javascript rearranges or move code above one another.

In this case we are using the name before it's declaration,however because we are using 'let' keyword here it is throwing "Uncaught Reference Error " to us.

Accessing let or const before it's declared gives following error:

So one thing to be noticed here is, this error message is telling that variable is initialized somewhere.

When interpreter hoists a variable declared with var ,it initialize it's value to undefined ,unlike let or const.

Remember console.log(name) outputs undefined, beacause name is hoisted and given a default value (i.e undefined),not because variable is never declared.

Using Undeclared variable will throw the Reference Error
Like this

Javascript let us access variable before they're declared.This behaviour is an unusual part of javascript .So it i adviced not to do this.

So why we get reference error when we try to access let or const before it's declaration??

This is because of Temporal Dead Zone.

The TDZ starts at the begining of variables enclosing scope and ends when it is declared. 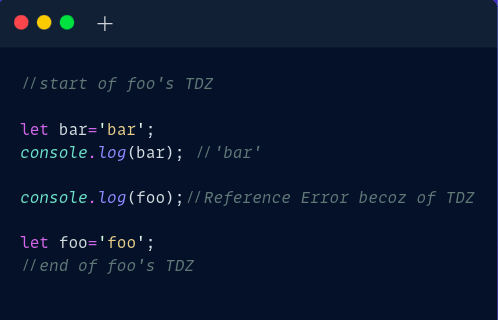 In case of let or const , it throws Reference Error in TDZ
However in case of var it assign it to undefined

Not only variables but function declarations also get hoisted in javascript.

Functional hoisting allow us to call function before it is declared or defined. 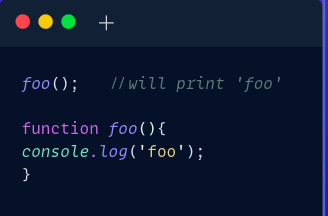 *Only Function declaration are hoisted ,not function expressions. * 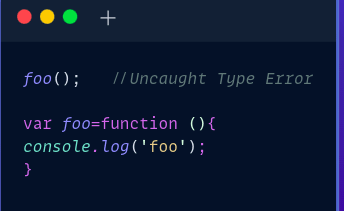 If you use let or const then it will throw error like this: 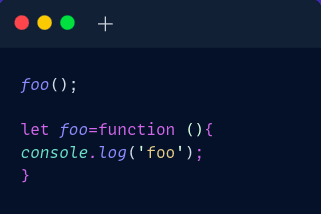 Hope it will help you guys:)

Once suspended, deepachaurasia1 will not be able to comment or publish posts until their suspension is removed.

Once unsuspended, deepachaurasia1 will be able to comment and publish posts again.

Once unpublished, all posts by deepachaurasia1 will become hidden and only accessible to themselves.

If deepachaurasia1 is not suspended, they can still re-publish their posts from their dashboard.

Once unpublished, this post will become invisible to the public and only accessible to Deepa Chaurasia.

Thanks for keeping DEV Community 👩‍💻👨‍💻 safe. Here is what you can do to flag deepachaurasia1:

Unflagging deepachaurasia1 will restore default visibility to their posts.