Most of the time I have seen developers using !important in css without any necessity. Using !important just for a simple override is always a bad practice. This is because it makes debugging more difficult by breaking the natural cascading in your stylesheets.

You might be asking, "then how do I avoid it"?
Answer is, you can do it using greater "specificity".

For the next few minutes I am going to explain CSS specificity in the shortest way possible.

CSS specificity is the value provided to each selector so that the browser can understand how much priority to be given to a specific selector.
Below are the selector types in decreasing priority order. The top one having the highest priority and the bottom one has the lowest.

Other than the above type of selectors there are Universal selectors *, combinators +, >, ~, ' ', || and negation pseudo-class :not() which does not have any specificity value.

Now we need to know how the browser calculates the specificity value and what happens when they are combined. The total value for a given combination of selectors is calculated by the priority of the selectors present and the number of occurrence of that selector. You can visualize it from the below image. 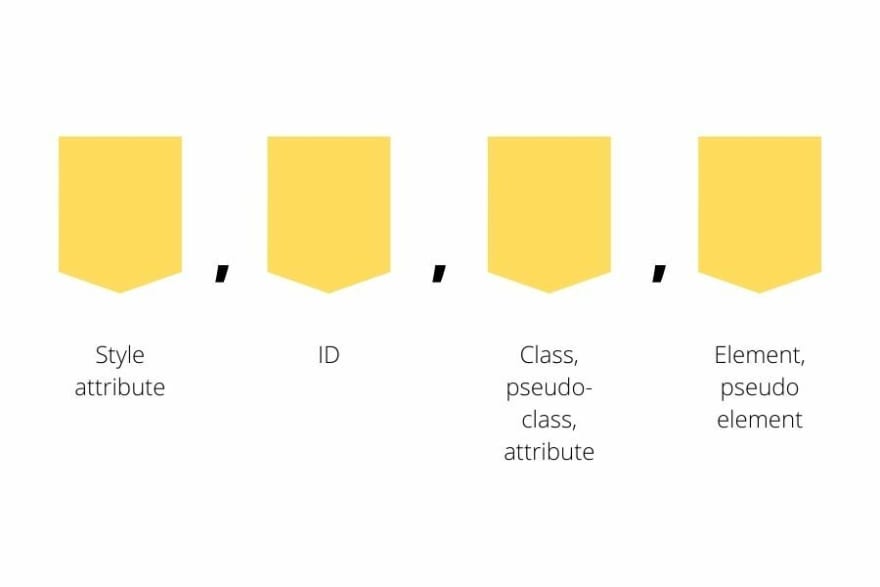 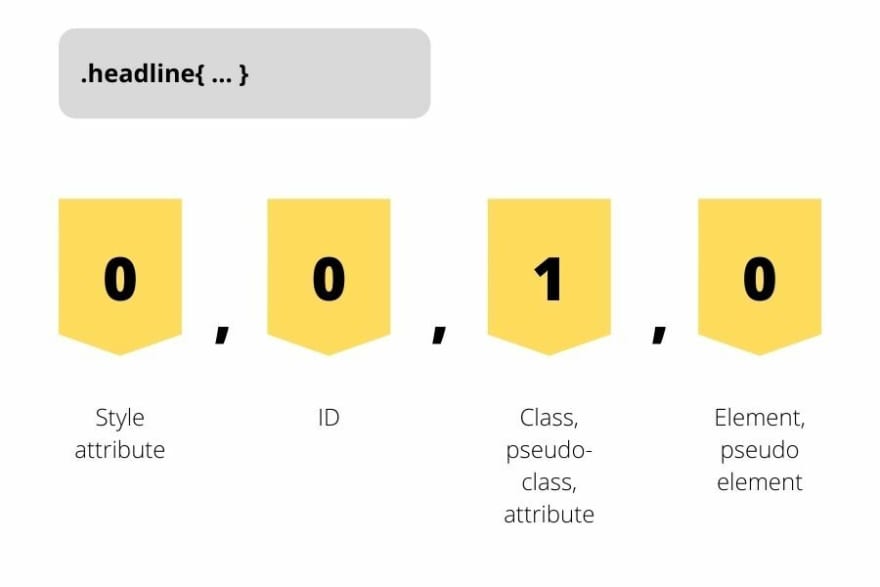 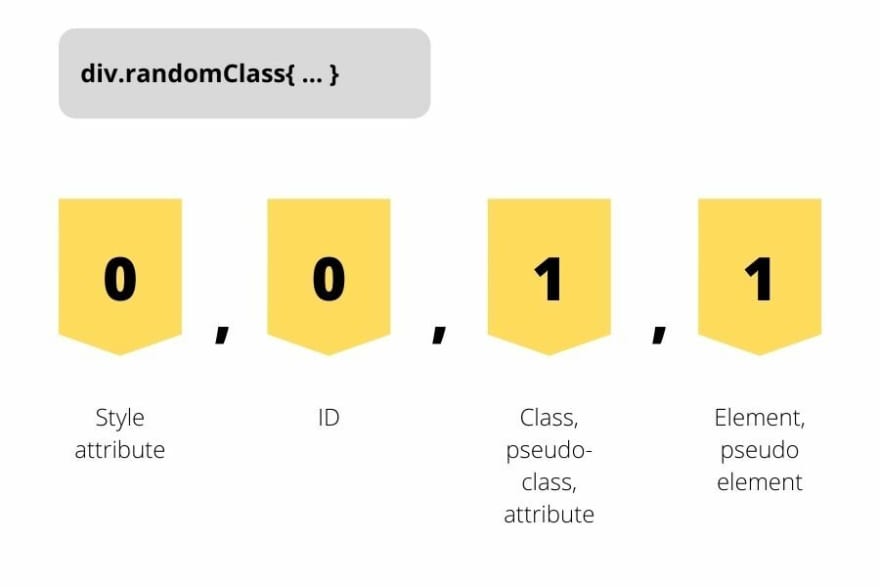 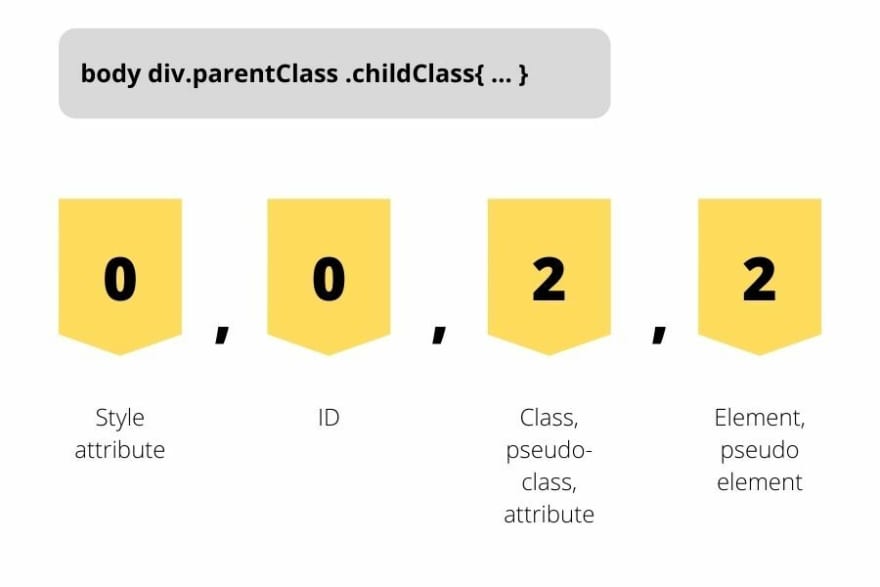 Here we have 2 elements body and div and 2 classes parentClass and ChildClass. That is why we get 2 in each selectors position, because number of occurrences are added along with priority.

You can check this for more examples.
For more details, you can refer this

If you have reached here, I hope you will be able to avoid !important and use higher specificity instead.
Thank you, happy styling!

Once suspended, debjits1 will not be able to comment or publish posts until their suspension is removed.

Once unsuspended, debjits1 will be able to comment and publish posts again.

Once unpublished, all posts by debjits1 will become hidden and only accessible to themselves.

If debjits1 is not suspended, they can still re-publish their posts from their dashboard.

Once unpublished, this post will become invisible to the public and only accessible to Debjit Sinha.

Thanks for keeping DEV Community safe. Here is what you can do to flag debjits1:

Unflagging debjits1 will restore default visibility to their posts.