JavaScript is a programming language that represents one of the three core languages used to develop websites, alongside HTML and CSS. Whereas HTML and CSS give a website structure and style, JavaScript lets you add functionality and behaviors to your website. This allows visitors to interact with your website in various creative ways.

Mosaic was the first web browser with a graphical user interface. It was first released in 1993 and played a key role in the rapid development of the web as we know it today. The lead developers of Mosaic founded Netscape (now Mozilla) and released a more elegant browser called Netscape Navigator in 1994. 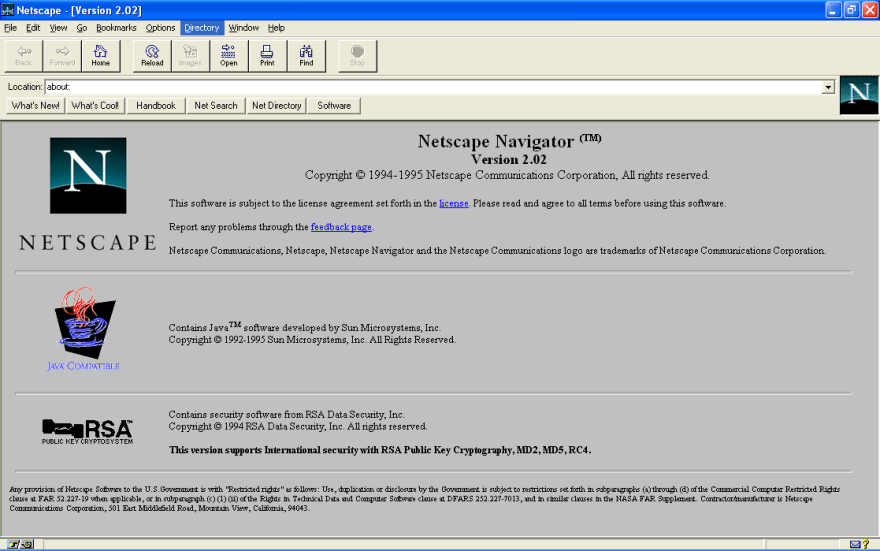 During the early years of the web, web pages were only static, with no capability for dynamic behavior and interactivity. As a result, there was an urge in the web development community at the time to eliminate this limitation. This led Netscape to the decision to add a scripting language to the Navigator browser.

In September 1995, a Netscape programmer named Brendan Eich developed a new scripting language in just 10 days. It was originally called Mocha, but quickly became known as LiveScript and, later, JavaScript. 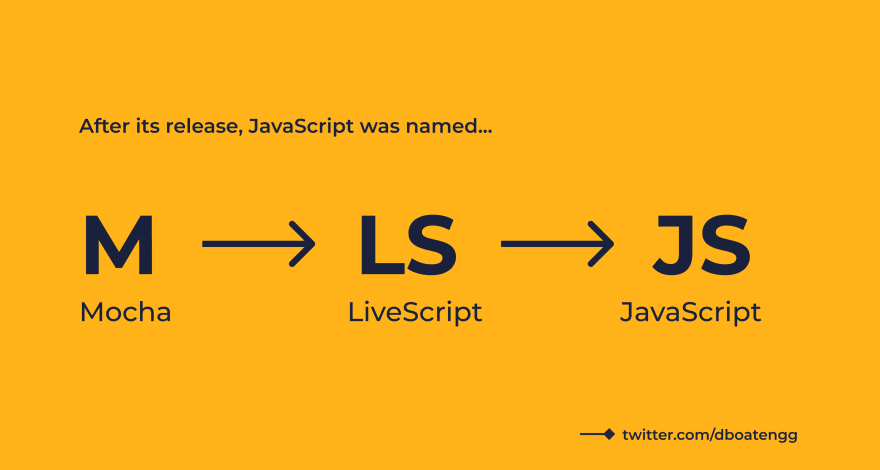 The language derived its syntax from Java, its first-class functions from Scheme, and its prototype-based inheritance from Self.
Since then, JavaScript has been adopted by all major graphical web browsers.

The choice of using the name “JavaScript” has always caused some confusion that the language is directly related to Java. However, except for syntactic resemblance, JavaScript has almost nothing to do with the Java programming language. They are both completely different languages.

When JavaScript was initially introduced, Java was being heavily marketed and was the most talked-about language at the time. So Netscape thought it would be a good idea to capitalize on this success by creating the name "JavaScript." Basically, the name similarity between the two languages was a simple marketing ploy for JavaScript to easily gain acceptance.

When JavaScript was first introduced by Netscape, there was a war going on between all the browser vendors on the market at the time. Microsoft and several other browser vendors implemented their own versions of JavaScript (with different names and syntax) in their respective browsers. This created a huge headache for developers, as code that worked fine on one browser was a total waste on another. This went on for a while till they all agreed to use the same language (JavaScript) in their browsers.

As a result, Netscape submitted JavaScript to the European Computer Manufacturers Association (ECMA) for standardization in order to ensure proper maintenance and support of the language. Since JavaScript was standardized by ECMA, it was officially named ECMAScript. 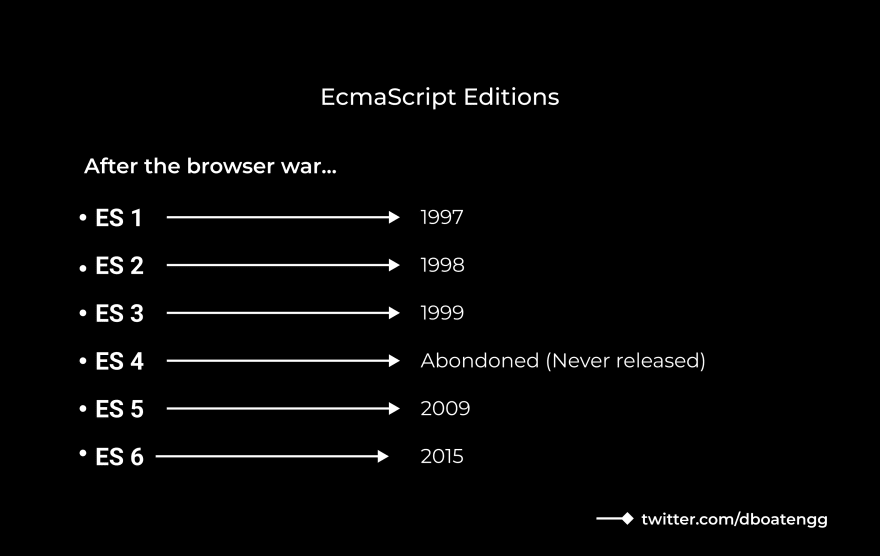 Originally, the name ECMAScript was just the formalization of JavaScript, but now languages like JScript and ActionScript are also based on the ECMAScript standard. They can be thought of like 3 different cars using the same engine.

Though they are closely linked to each other, the terms “JavaScript” and “ECMAScript” do not mean the same thing.

According to GitHub’s 2021 Octoverse report, there are more JavaScript code repositories than any other language, and that number is steadily on the rise.

JavaScript can be found virtually everywhere on the Internet. It has been named the most widely used programming language several times with over 64.9 percent of developers using it in 2021. 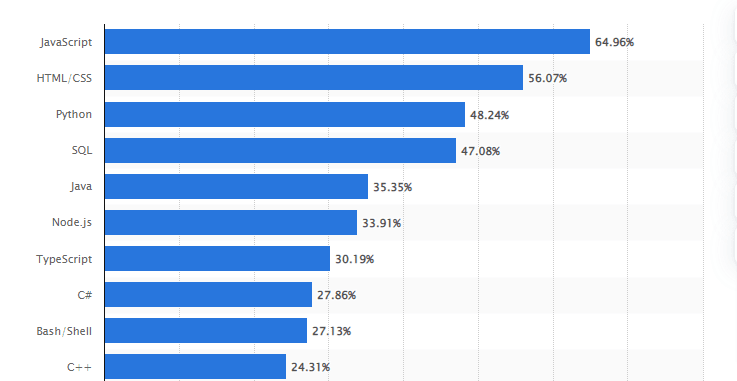 A series of JavaScript frameworks and libraries such as Ember, Angular, React, and Vue have also been created to develop powerful and complicated web applications. Also, alongside client and server software, it is now even possible to write native mobile apps using JavaScript.

It has now outgrown its scripting-language roots to become a robust and efficient general-purpose language. This makes it clear that JavaScript is going to be with us for many years to come.

Hopefully, this article has given you a good understanding of the history of the most popular programming language on the internet today.

10 Things I Hate About Go