For the past decade, Microsoft is trying so hard to increase its presence in the web browser’s market share, but they’re still far-far behind Google’s Chrome browser. Although, Edge has managed to hold up the second position after the release of June 2020. 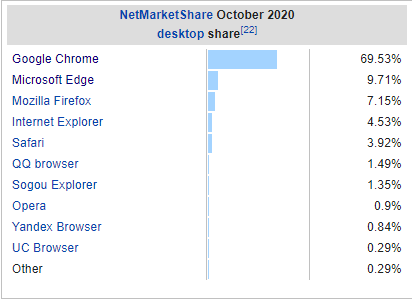 My story with Edge starts back in 2015 when Edge was officially released into the market. In 2014, Windows 10 Beta (only for Insiders) was released. After witnessing the completely new look of Windows, I was fascinated to see new updates/upgrades from Microsoft. I literally liked the idea of a completely new browser for Windows 10 while ditching the Internet Explorer. Since I liked the new looks and features of the novel browser Edge. I tried and tested it but wasn’t convinced to switch from Chrome.

Now, coming to June 2020 (Ahhh!! Some boring memories) Microsoft rolled out their new Edge based on Chromium, the same source code nowadays’ Chrome is developed of.

The new 2020s Edge is running on Blink and V8 (developed for Chromium and Chrome) engines which definitely improves the performance of Edge. But this wasn’t the only reason I switched for.

The other things I was lured by are the UI and UX of this all-new Microsoft Edge. First, let’s talk about the UI and then the UX.

UI (User Interface) indeed has improved a lot. The very first thing I noticed was the sharpness of the fonts which was lowered in the new Edge and the second thing I like is the Menus (profound gratitude!). They’ve added an ample amount of padding around the options in Menus with a basic icon for each option. Thus, having extra padding around the options and an icon for each option makes it easier to locate the desired option in the browser. 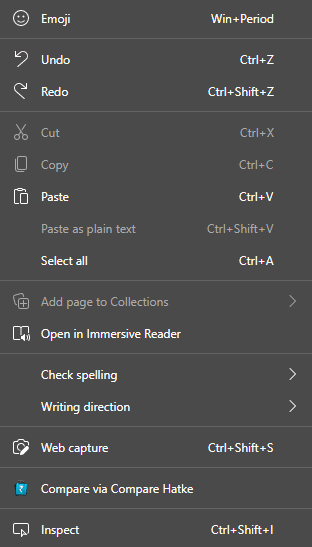 Now, UX’s turn. Most of the things are common with Google Chrome but Microsoft has offered some additional features with Edge. I’m not getting into the details but I’m listing down all the features that I liked the most.

If you’re too planning to switch to Microsoft Edge, then you can take an idea of how I did switch to Edge.

The very first thing I did was I exported all my bookmarks to a
.(dot)HTML file and imported them on the Edge. Well, you do not have to do that actually. I got to know about a simple alternative later which allows you to import all your bookmarks, saved passwords, auto-fills, extensions, and all the remaining settings just in one click.

Just go to the Settings of your Edge, there on the first page you’ll see “Import Browser Data”, click on it. Now, you’ll see a prompt just click on the ‘Microsoft Edge legacy’ input field and choose Google Chrome from the drop-down menu. Check all the desired/applicable boxes and click ‘Import’. Tada! You’ve successfully switched to Microsoft Edge.

Finally a clean and easy way to add Table of Contents to dev.to articles 🤩

Docker CLI & Dockerfile In One Shot

Tips for how to get more views for the post

Dazzler Kumar
Sometimes Code Sometimes Write, On a journey to live a better life.
How do you motivate yourself to write when so few are reading it?
#discuss #watercooler #meta
Defect life cycle in API testing ⚙️
#beginners #api #codenewbie #productivity
Music Monday — What are you listening to? (60's Edition)
#watercooler #discuss #music

Once suspended, dazzlerkumar will not be able to comment or publish posts until their suspension is removed.

Once unsuspended, dazzlerkumar will be able to comment and publish posts again.

Once unpublished, all posts by dazzlerkumar will become hidden and only accessible to themselves.

If dazzlerkumar is not suspended, they can still re-publish their posts from their dashboard.

Once unpublished, this post will become invisible to the public and only accessible to Dazzler Kumar.

Thanks for keeping DEV Community 👩‍💻👨‍💻 safe. Here is what you can do to flag dazzlerkumar:

Unflagging dazzlerkumar will restore default visibility to their posts.