I used to fall into the same trap…

This is how it looks like in the explorer 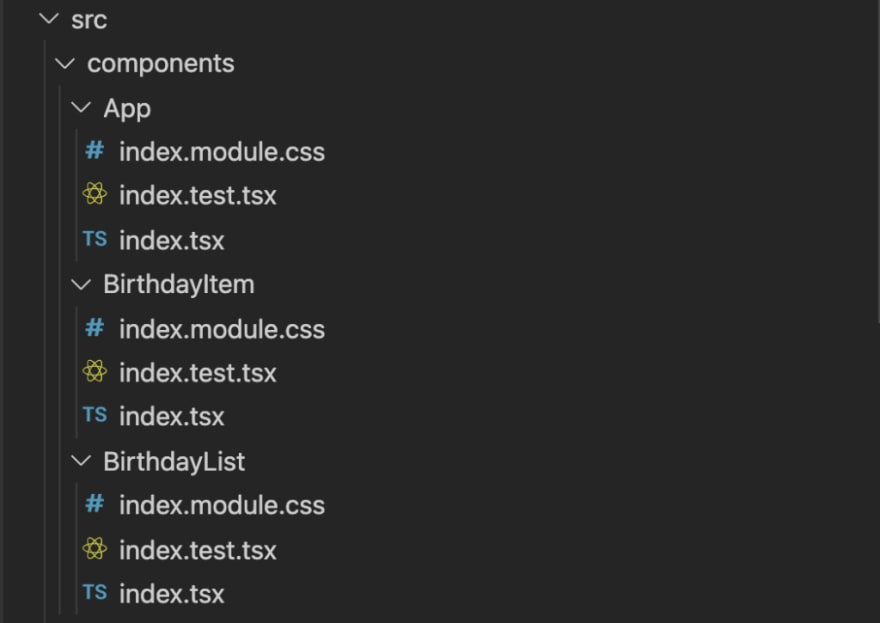 This works great and in practice it’s easy to use. You can just do

but when you are editing them in your editor it’s ugly and takes up too much space. It also wrecks quick file navigation since all your files are named… guess what – index.

In this case it’s fine to add some redundancy. If your component is called BirthdayItem, then feel free to rename all your files to BirthdayItem with the proper extension then create an index file that exports your component. So you don’t need to

Let’s see how it looks in action:

As you can see both the open editors and explorer is a lot more readable. Quick file search also reacts better and easier to find what you are looking for.

How do we fix this? In my codebases I try to avoid export default as much as possible. So you can either do it by importing then reexporting as default, like this:

But as I said, I’d rather avoid export default at all costs:

This way you will get awesome autocompletion and auto imports without the filename.

Once suspended, davidszabo97 will not be able to comment or publish posts until their suspension is removed.

Once unsuspended, davidszabo97 will be able to comment and publish posts again.

Once unpublished, all posts by davidszabo97 will become hidden and only accessible to themselves.

If davidszabo97 is not suspended, they can still re-publish their posts from their dashboard.

Once unpublished, this post will become invisible to the public and only accessible to Dávid Szabó.

Thanks for keeping DEV Community 👩‍💻👨‍💻 safe. Here is what you can do to flag davidszabo97:

Unflagging davidszabo97 will restore default visibility to their posts.