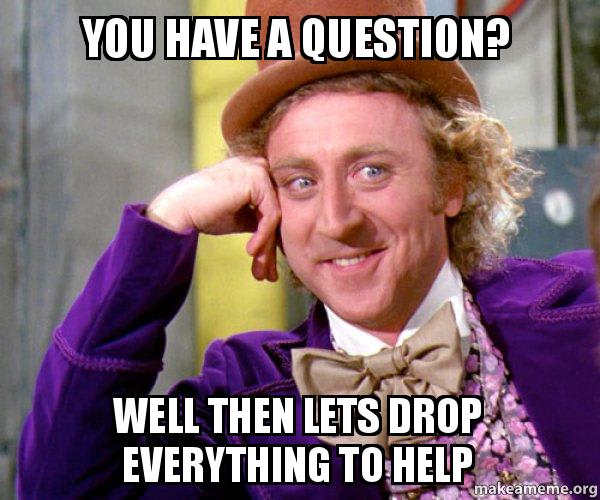 According to the official documentation, “Pipenv is a tool that aims to bring the best of all packaging worlds (bundler, composer, npm, cargo, yarn, etc.) to the Python world.” “It harnesses Pipfile, pip, and virtualenv into one single command." 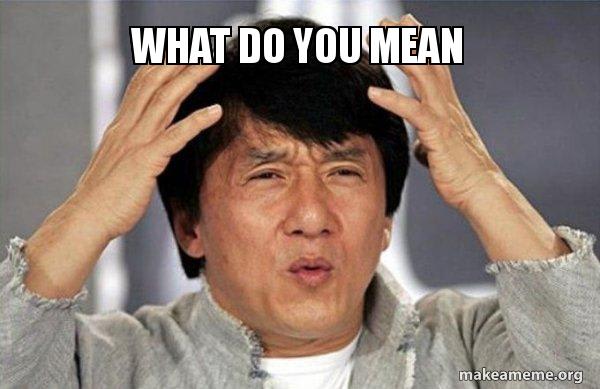 First, we need to understand what a package manager is. A package manager is a tool that helps in the process of managing (installing, uninstalling, and upgrading) software packages or modules. If you have worked with node.js before, you would have worked with NPM (Node Package Manager) which is used for managing the JavaScript modules you work with on node. What pipenv does is help with the management of the python packages used for building projects in the same way that NPM does.

Pipenv works by creating a virtual environment for isolating the different software packages that you install for your projects. Before pipenv, they were other python package managers for creating virtual environments like virtualenv, but they have their issues.

Hi! My name is Pip. I am the standard package manager for python. I can help you install and uninstall python packages. However, I install them in the global scope of your system’s environment.

Why is this a problem?

Imagine that you have about 5 Django projects on your computer and each of them uses its own version of Django, each of these versions of Django has their different versions of dependencies. If you are actually doing the imagination with me, you will soon realize that there is bound to be conflict among the dependencies. Perhaps, a lower version of a dependency will be overridden, causing one of your apps to break and this is not what you want.

A simple solution to this is to create a form of isolation for each of these projects so that they do not interfere with each other hence avoiding a Django civil-war. This is where virtual environments come in.
It is a common practice among software development teams working on a single project to share a file containing a description of all the packages required to run the application. Pip uses a requirement.txt file. However, some problems arise with this.

Let me make it clearer - supposing you have two packages you installed with pip (p1 v.0.01 and p2 v.0.02). These packages each have their own dependencies. Only the above-mentioned packages will be recorded in the requirements.txt file. So even if they are not upgraded to the most recent versions, their dependencies are not pinned and can be upgraded, causing the app to break.

Enough talk, let’s get to work. 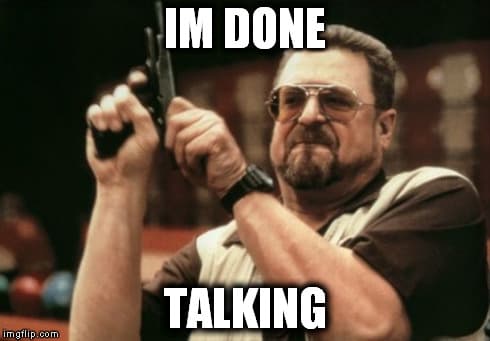 For the sake of demonstrating how pipenv works, we will be setting up a basic Django project. But for this to happen, we need to have python and pip installed.

We will be installing python3 which is the latest version of python. The easiest approach is to visit: https://www.python.org/downloads/, download the package that is suitable for your operating system and install it. For this article, I will be working on the Mac OSX environment. So alternatively you can install python via terminal, in the following steps:

After the installation process has finished running, you can type which brew to see the location of the installed homebrew. Homebrew is a package manager for mac your output should look similar to this

On my computer, it shows that I have already installed python3, it also shows the version of python3 that I have installed.

To verify that you have python3 installed, on the terminal, type: which python3

When you install python3 using homebrew, it automatically installs pip3
You can verify that pip3 is installed by running which pip3 or pip3 --version

If you look at my output in the screenshot, you will see some places where it states “Requirement already satisfied” - That is because I already had virtualenv installed, and remember I told you that pipenv works with both virtualenv and pip.

Which environment are we in currently?

When I run “pip3 freeze”, you will see that it displays all the packages that I have in my current environment which is the global environment. You will soon see the difference when we run the same command in our virtual environment when we have not installed any packages. 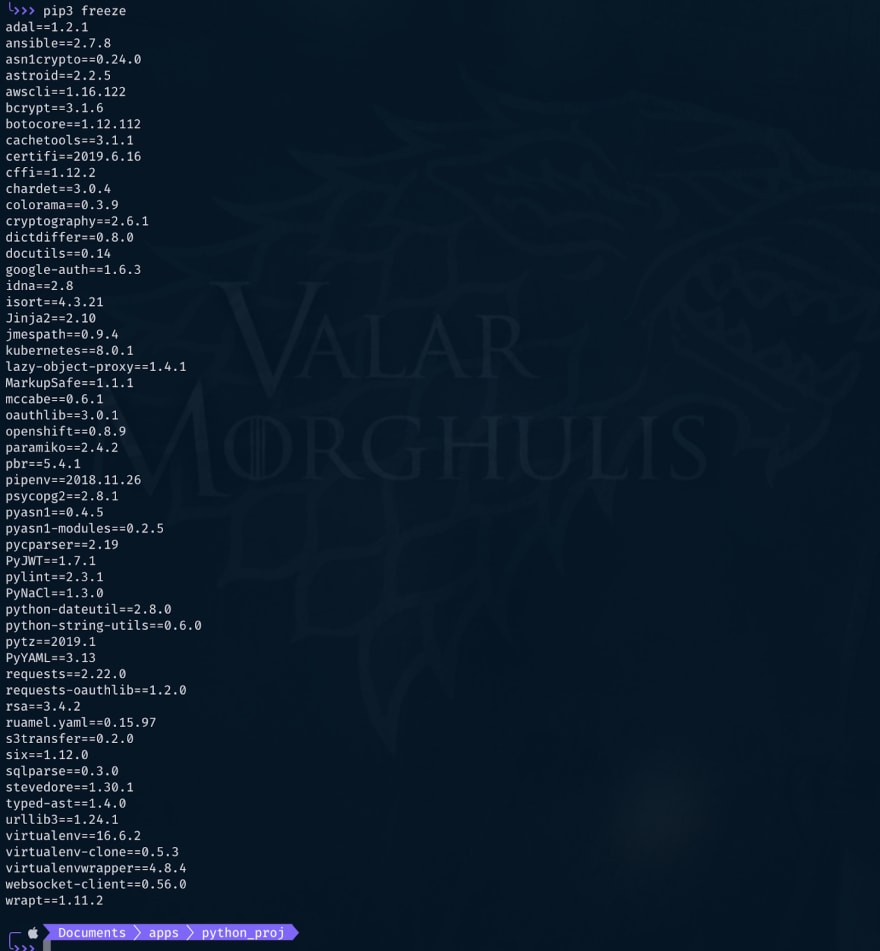 To create our virtual environment, we have to create a directory for our project and run the commands in that directory. 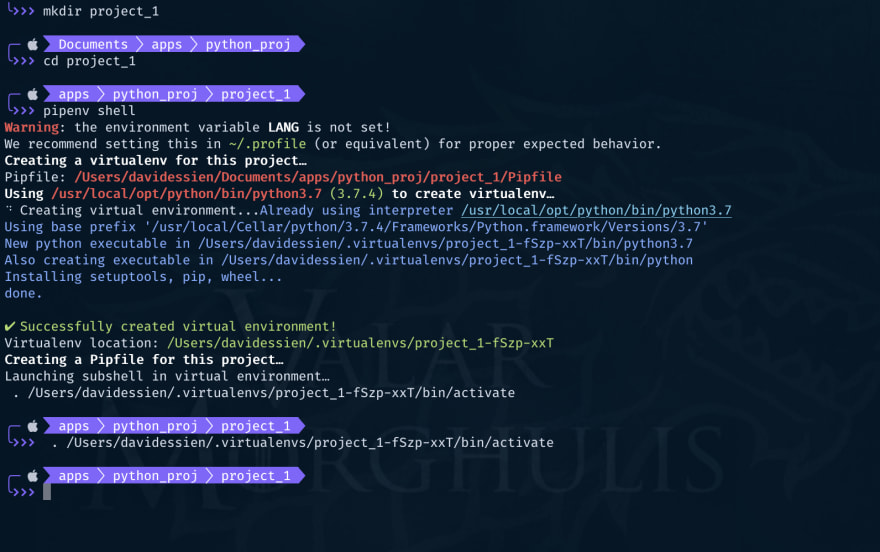 Looking at the screenshot above, you will realize that I ran the following commands:

Verify which environment we are in

To verify that we have changed environments, run pip3 freeze again: 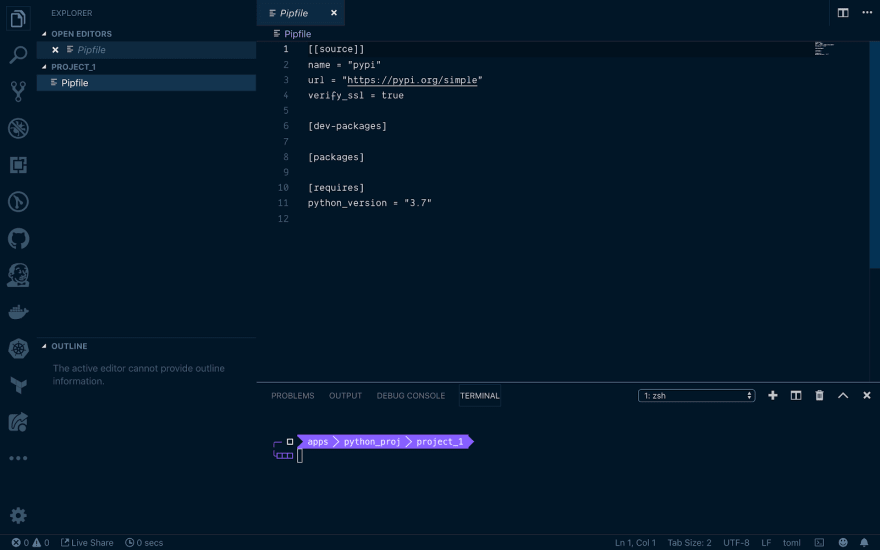 The pipfile is written in a configuration language call TOML(Tom’s Obvious Minimal Language). It is meant for writing easy to read configuration files. We will not bother ourselves with the first four lines.

Now, let us install a new package, and see what happens. We will be installing Django 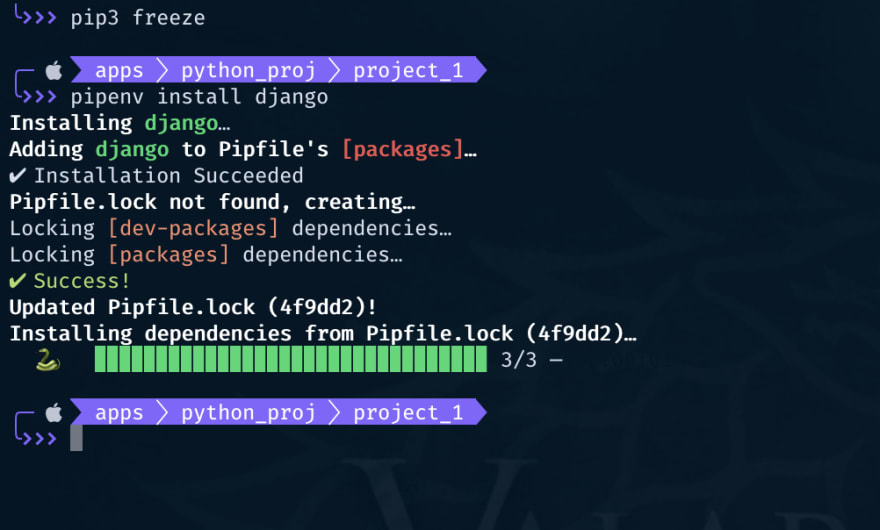 You will notice that I did not specify the version of Django to install. You will also notice that it searched for a Pipfile.lock file and created one when it could not find any. 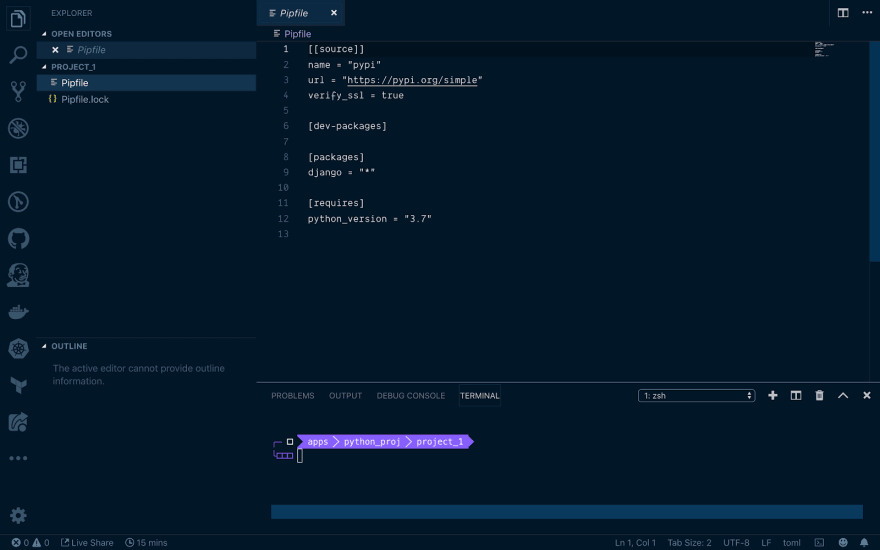 In our code editor, you will also find out that Django has been added to the list of packages. And the version is specified with an asterisk. What this means is that it will always install the latest version whenever someone runs pipenv install. We can also change the asterisk to the version we want. You will also notice that a piplefile.lock file was generated. This keeps track of all the installed packages and their dependencies. 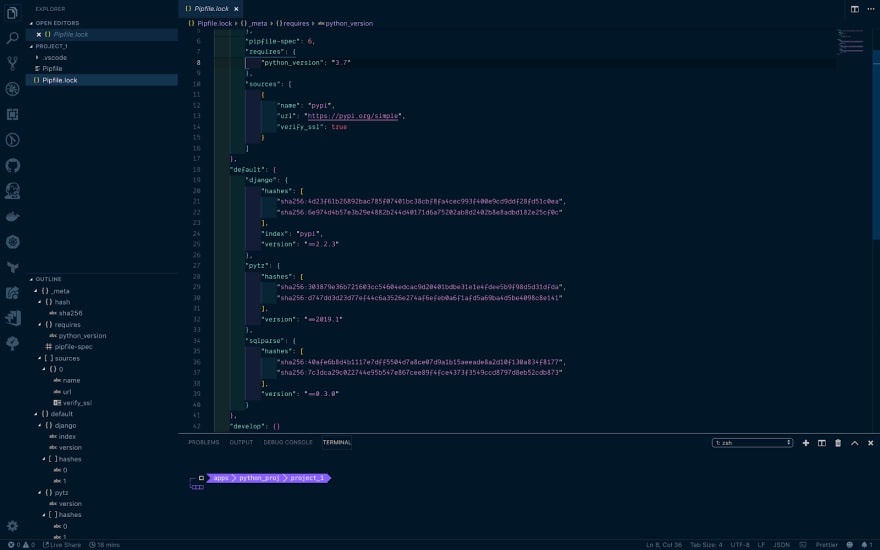 One more thing we can do is to run the pip3 freeze command again. You will notice that only the packages listed in the pipfile.lock file are listed here.

You can type the following commands to verify which environment you are in:

To run the Django app, on the terminal, type the following command:

Now you have your Django app 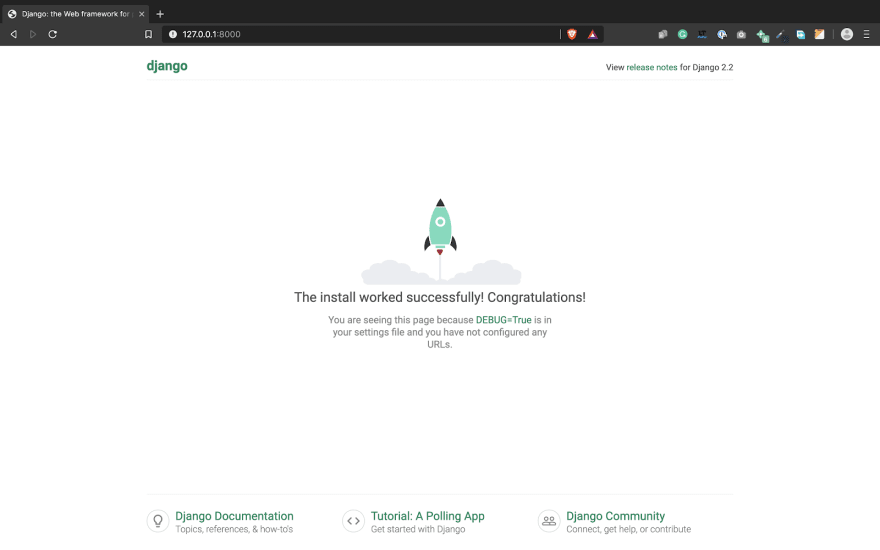 In case you have a requirements.txt file, you can generate your pipfile.lock

I hope you enjoyed my tutorial. Please leave your feedback so that I can share better. Remember to like and share so that others will learn from it.

Automate All the Boring Kubernetes Operations with Python

David Itam Essien
David Essien is a Software Developer/Devops engineer who works for Andela. He is passionate about learning and sharing.
Automate All the Boring Kubernetes Operations with Python
#python #kubernetes #devops
Code Smell 132 - Exception Try Too Broad
#python #programming #cleancode #webdev
Where There is Code There Should be a Review (but Why?)
#codequality #programming #discuss #career