The setting up of coding to allow a user to log in via Google or Facebook is a little more complicated due to differences in their structure.

The first step is to set up an account with the two sites. The following blog gives guidance regarding signing up with Google:

The blog giving guidance for signing up with Facebook is:

These two blogs give full instructions regarding the setting up of Google and Facebook developer accounts respectively. These should be followed. The ID and secret are the two pieces of information that you will need to use in your code. The blogs also explain how to set up the rails code for the use of either one but there are some minor changes necessary in order for there to be the option of using either Google or Facebook. That code is what will be discussed here.

Be sure to have ‘uid’, ‘image’, and ‘provider’ columns in your users table. If not, use a migration to add them.

When a screenshot is shown, the code regarding Omniauth is the only code that needs to be utilized.

The next step is to add the omniauth related gems in the gemfile and use bundle install. 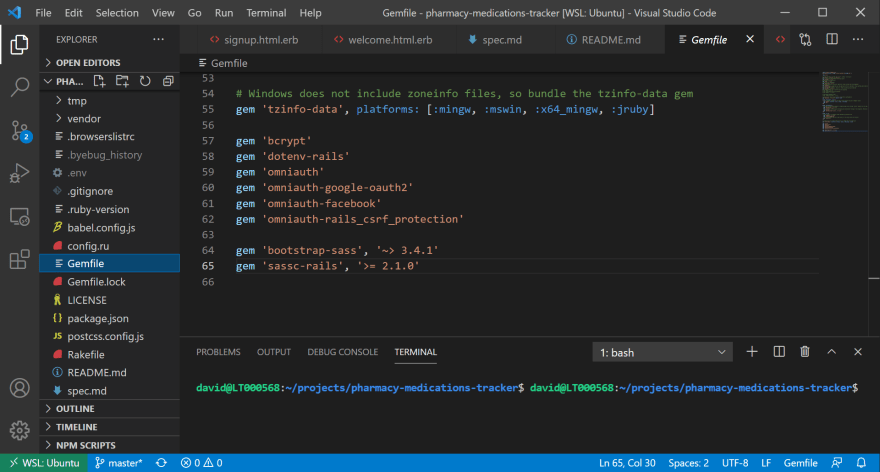 Next Add the middleware to the project in config/initializers/omniauth.rb. 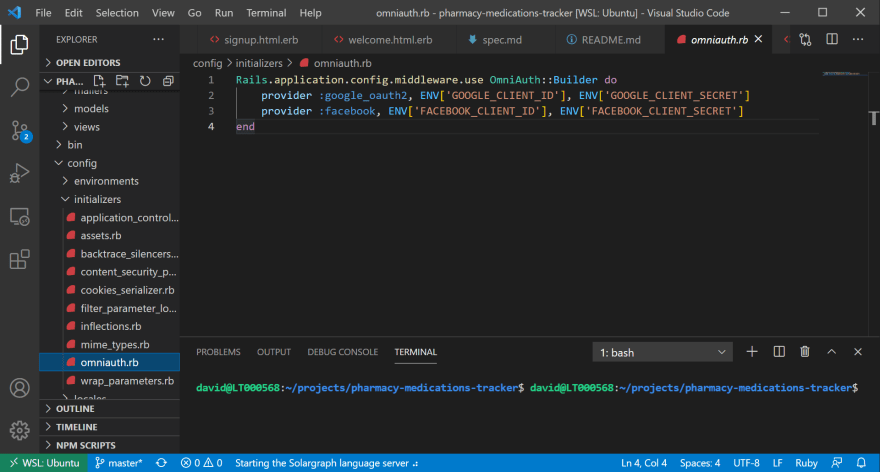 The next step is to add the following routes in config/routes.rb 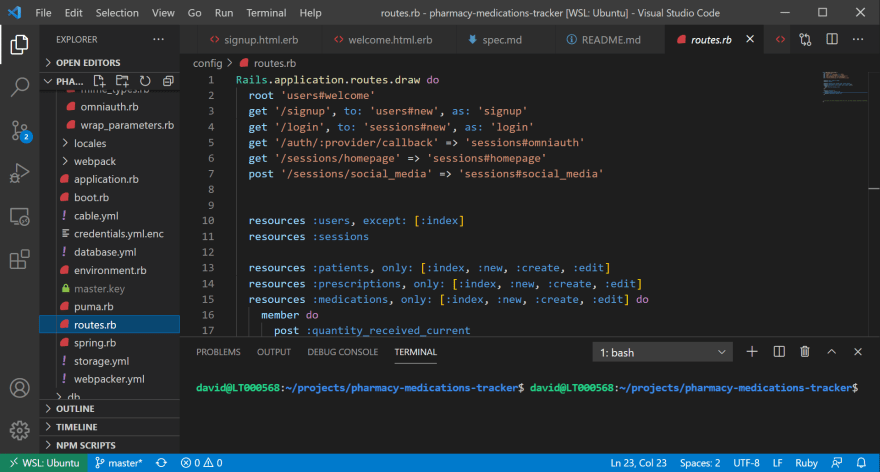 Set up a controllers/omniauth_controller.rb file as follows: 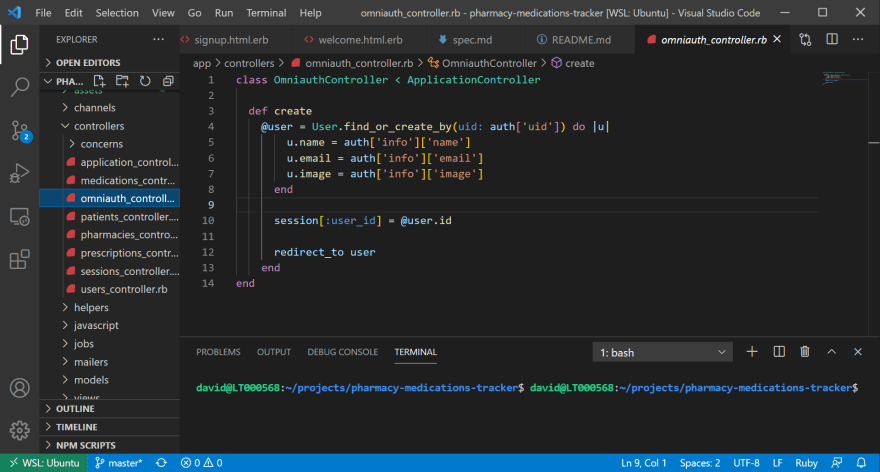 The view allowing for usage of Google and Facebook would be set up as follows: 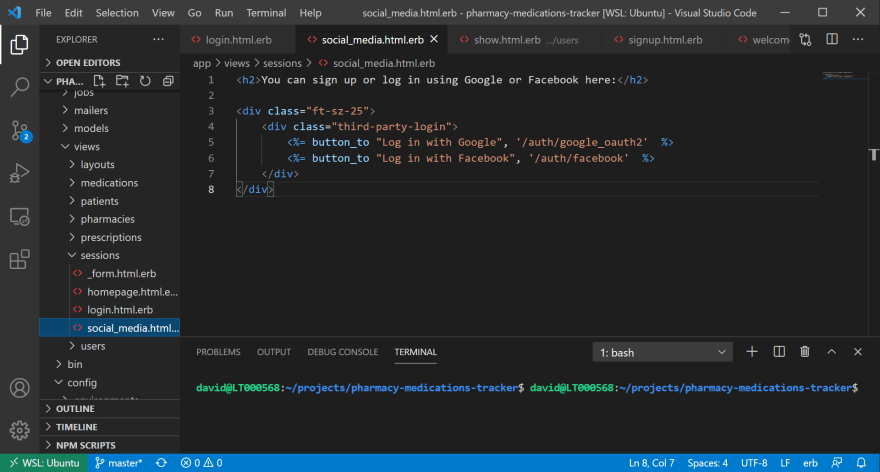 In config/routes.rb the following route would be used. In place of ‘social_media’, put in whichever view contains the link to Google and Facebook:

Create a .env file. It is VERY IMPORTANT that you add this file to your .gitignore file so that the codes are not pushed to your github repository and viewed publicly, and set it up as follows, utilizing the ID and secret that you received from the Google and Facebook sites in place of the words ENTER YOUR CODE HERE. 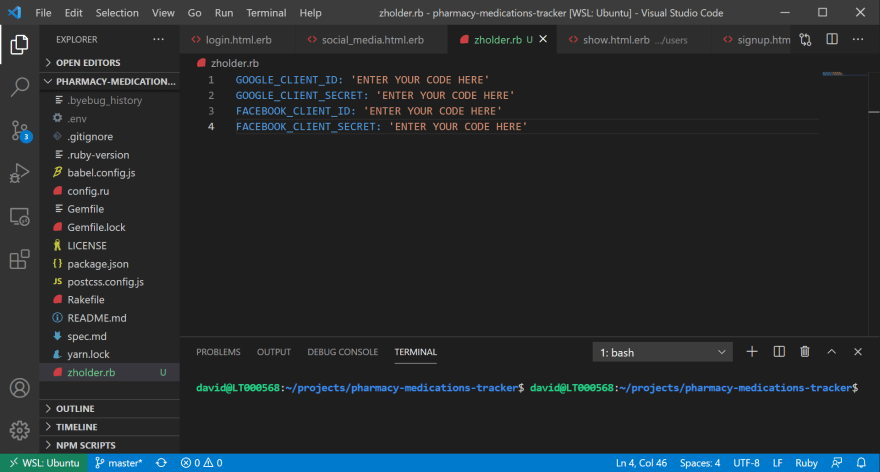 Get VSCode On Android 📱

Do you keep `console.log` in tests?

DavidNNussbaum
Being RESTful Is Not Always Best For The User
#ruby #sinatra #rest
The examination of a JSON document utilizing Ruby: A Step-by-Step Guide
#ruby #json
Why a Podiatrist Is Progressing Into Software Engineering