I’ve built a lot of InfluxDB servers in my time here, and I’ve built some pretty esoteric ones at that, but I think I’ve finally pulled off what can only be described as the World’s Smallest InfluxDB Server! Back in the summer of 2019, I saw a project on CrowdSupply.com for something called the ‘Giant Board’. It looked really, really cool! A complete Single Board Computer (SBC) that ran Linux, all in a Feather form factor. I immediately backed it! Then, thinking about it for a second, I backed it again! So I got 2 of these things. Total accident, I swear.

Some specs. Here’s what the Giant Board actually is:

All in this tiny form-factor that I usually use for Microcontrollers!

Well, a few weeks ago, they arrived! So, some unboxing pictures: 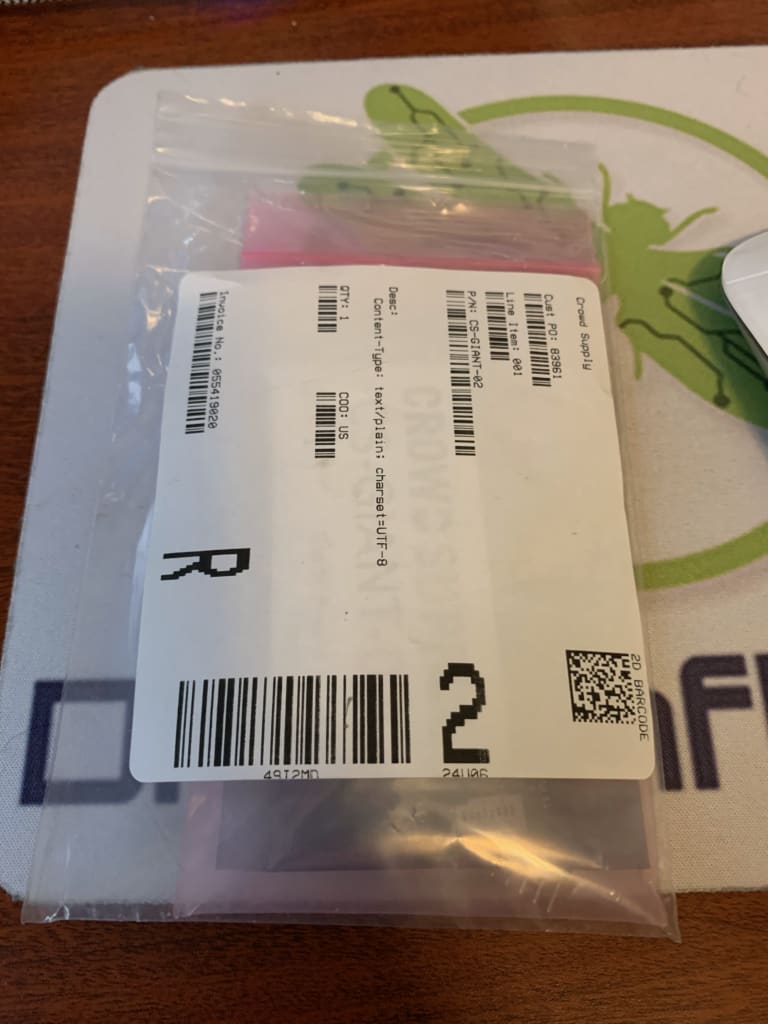 Wait, the whole thing fits in that one little bag? Yes. Not only that — there are multiple parts in that bag! And I realize (now) that there’s no scale to that bag in the picture, but that’s a Mac Mouse next to it. I’d retake the picture, but I already threw the bags away! 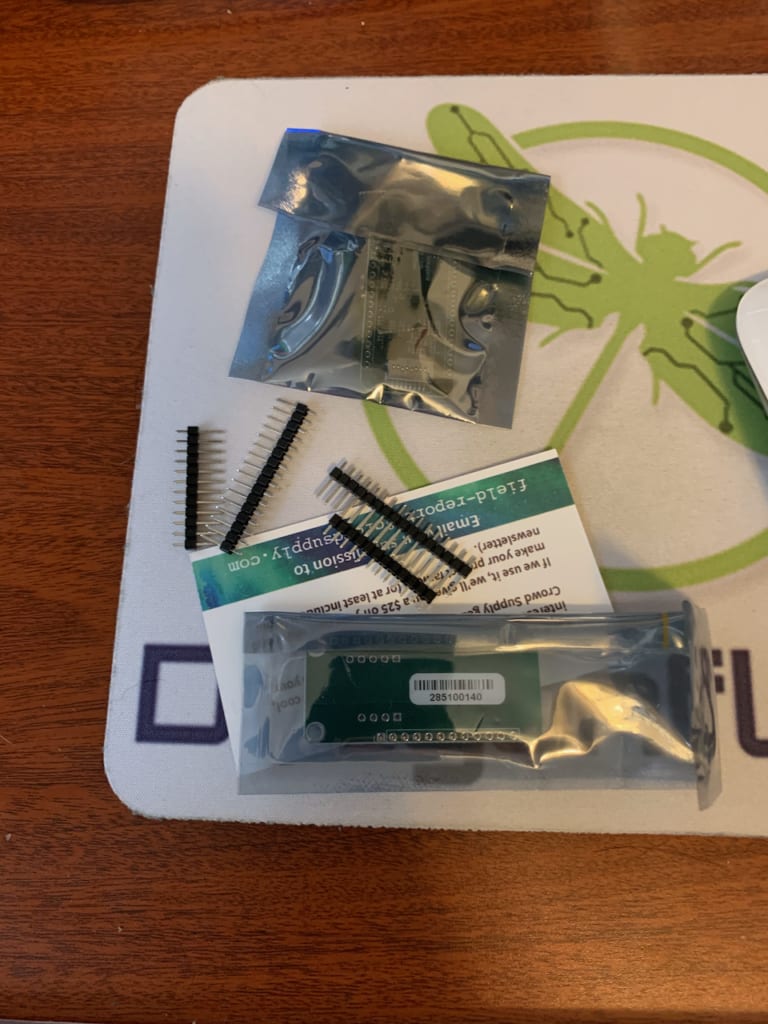 That’s right: I ordered the WiFi Feather Wing add-on because, after all, what’s an IoT board — and especially what’s an InfluxDB server — without networking! 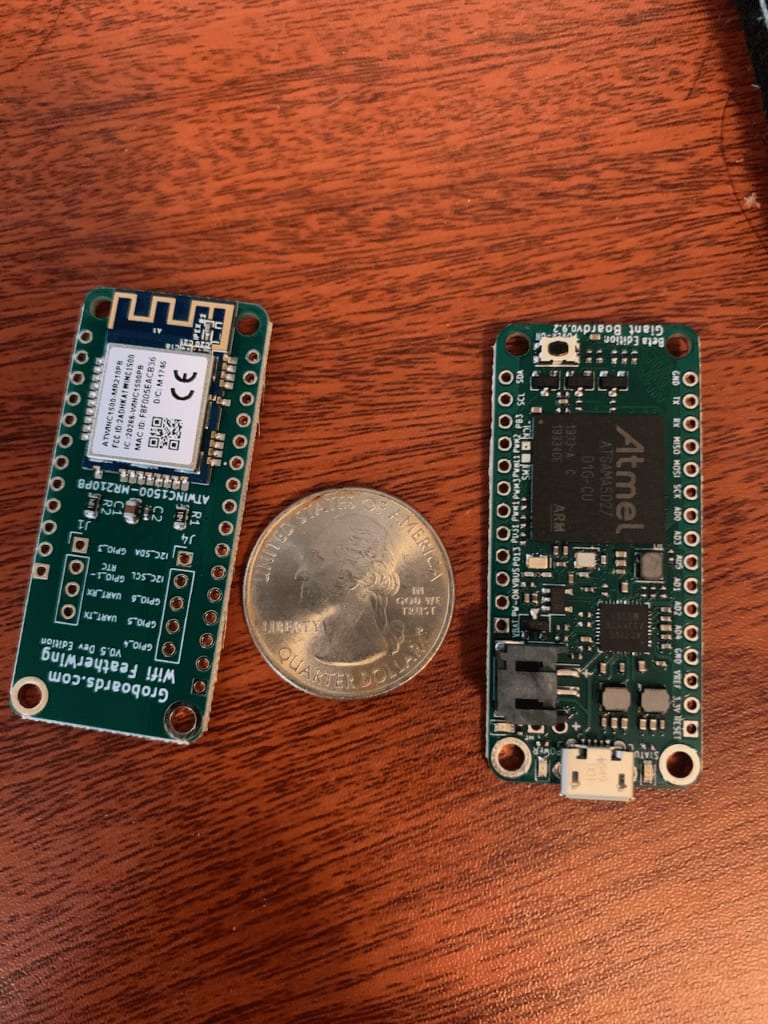 And just for scale, that’s a US Quarter in between them. So that’s going to be my server and my network interface! For something called the ‘Giant Board’ it sure is small!

After a little soldering, I had it all put together and, with the addition of a MicroSD card, it booted up!

Woah! This tiny little thing runs Debian Linux? Why yes, yes it does! So that makes installing InfluxDB super simple since we already ship ARMv7 binaries for InfluxDB and all the rest of the TICK Stack! 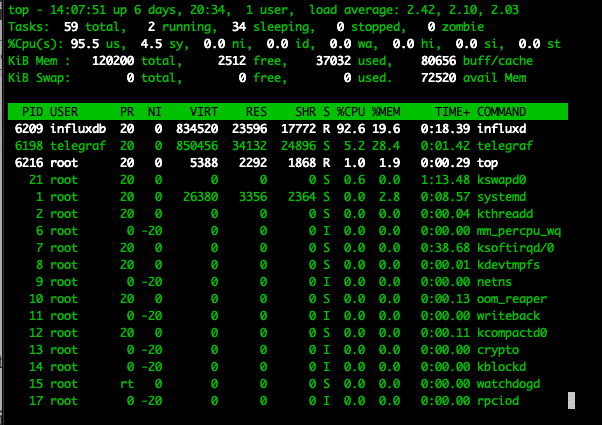 Ok, sure, it’s currently hammering this tiny CPU, but it is also running!

And as you can see, the dashboard runs in Chronograf to give me a view into how the whole thing is running!

Now, would I run this as a production system? Absolutely not! As you can see, it is using far too many system resources on such a small device. Would I run it as an edge collection and forwarding device? Quite possibly. Would I run it as an embedded Telegraf agent device? 100% absolutely. Especially since I can also do this with it: 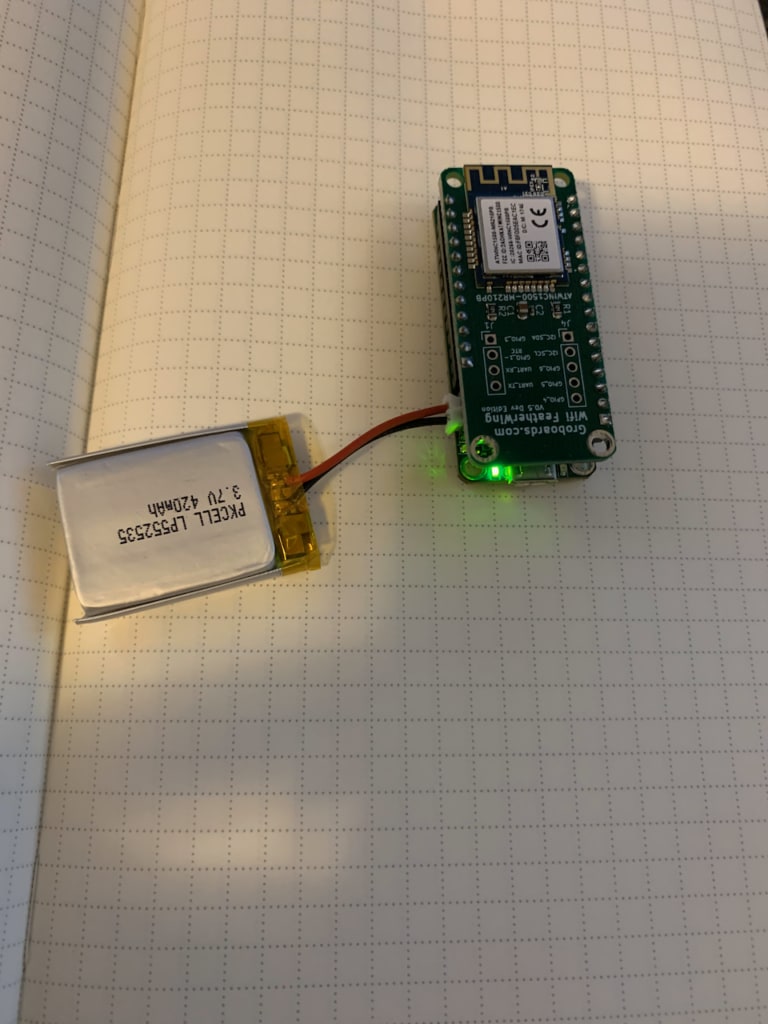 That’s right, I can run it on a battery! A rechargeable LiPo battery at that (and the recharging circuitry is built in to the board!). And for completeness, I’ll provide a pin-out here so you can see what else I can add to this thing — sensors, actuators, etc., — to make it both a data node and a sensor node: 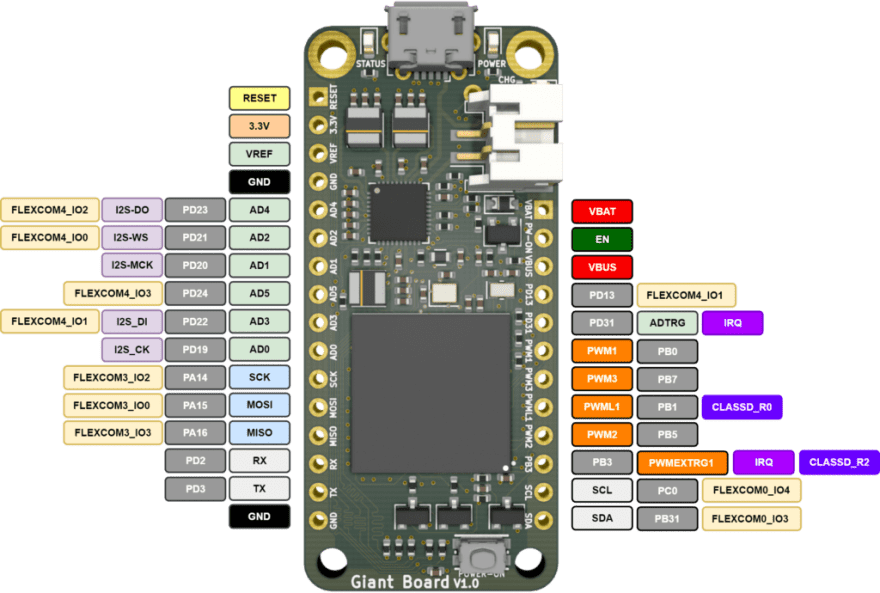 Next I will build a version of InfluxDB 2.0 for ARMv7 and see if that runs either better or worse on this device, so watch this space to see what happens!

How we made a home cooling fan smart with JavaScript

What do you do when you have nothing to do at work.