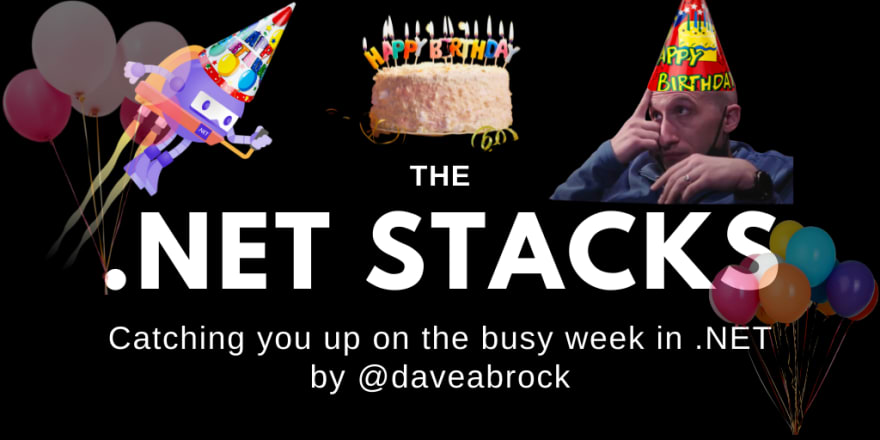 Note: This is a special extended edition of The .NET Stacks, available to the community right away! (The community usually receives the issues a week after email subscribers.) If you like what you read, subscribe at dotnetstacks.com!

As if the completely ridiculous banner image didn't tip it off, it's true: today is the 1st birthday of The .NET Stacks! I'd like to thank our friend Isaac Levin—our first interview guest—for being such a good sport. If you haven't seen the wonderful "Application Development" keynote from Build, you should (and the picture will all make sense).

But most of all, I'd like to thank all of you for your support. Honestly, this little project started as a way to keep my mind busy during a pandemic lockdown and I really wasn't sure how things would go. (Looking back at the first issue ... that was very evident.) I'm thrilled it's been able to have the impact it has, and I'm grateful to all of you for that.

With all that out of the way, what are we talking about this week? In this extended issue, there's a lot here:

Last week, Microsoft rolled out Build 2021. You can check out the 330 sessions at the Build website, and there's a YouTube playlist at the Microsoft Developer YouTube channel. It's no secret that these days Build is heavy on promoting Azure services, but .NET got a lot of love last week, too.

I want to call out a few interesting details from that session: updates on C# 10 and a new Blazor FluentUI component library that's taking shape. (There were other nice updates on .NET MAUI and Minimal APIs that we'll surely address in depth in later issues.)

C# 9 brought us records, which gives you the ability to enforce immutability with the benefits of "value-like" behavior. While the C# 9 records are really just a class under the covers and accessed by reference, the "value-like" behaviors ensure that default equality checking works with your object's data (as opposed to reference equality). A good use case is with DTOs and other objects that benefit from immutability.

With all reference types, though, passing around a lot of records can create a lot of pressure on the garbage collector. If you couple that with using with expressions, copying and GC pressure can become an issue if you go crazy with records. Can we use structs with records? With C# 10, you can with the record struct syntax. It'll behave similarly, with the only key difference being that record structs aren't heap-allocated. This will also work with tuples, expressions, or any other struct types.

Let's look at some code, shall we? Let's say you have a Person record in C# 9:

To use a record struct, change it to this:

The default record declaration will still be a reference type. If you want to make that explicit, you can use the new class struct syntax. They are the same.

I enjoy the flexibility of object initializers. You can use them to initialize objects however you want: you can initialize just a few properties, in whatever order you want, or none at all! Unfortunately, this flexibility can also bite you in the rear end if you aren't careful.

With C# 10, you can set fields to be required when performing object initialization, like this:

Its early days on this feature, but it might also help to enforce whether types can be instantiated by positional syntax (constructors) or object initialization.

With C# 10, you can refer to the auto-generated backing field without all that nonsense. You'll be able to work with a field keyword in your getters, setters, or even both.

We've seen many nullability improvements over the last few C# releases, but null parameter checking can still be a manual chore—even with null reference types, you have to depend on the caller to do null checks.

Don't worry, you aren't seeing double—this doesn't mean you're super excited about the text argument. Personally, I'm not a fan of the !!—at this rate, the C# team will need to start inventing new characters—but I am a fan of removing a bunch of this boilerplate nonsense.

Lastly, the team introduced a few enhancements to help simplify your C# codebase.

With global usings, you can use the global using keywords to signify usings should be accessible throughout every .cs file in your project.

Here's a typical example of using statements you might want to use in your global using file:

I wonder if we could use Roslyn analyzers to shake out unused global usings for individual files. Anyway, I think this is a feature I will originally hate, then learn to love. It's nice to see what is being used, but after a while, it's a maintenance headache. This will be nice. (Not to mention ASP.NET Core developers are familiar with a similar approach with Razor files.) In any case, in many files, you might wind up with a global usings file, then individual usings for references that aren't scattered across your projects.

Lastly, the team introduced file-scoped namespaces. It allows you to go from this:

Of course, you could use top-level statements to remove namespaces completely—however, there are plenty of reasons why you don't want to abstract away your namespace declarations. In those cases, it's a nice, clean approach.

So here's something interesting that isn't getting a lot of attention: Microsoft is working on a component library for Blazor. Technically, these are wrappers around Microsoft's existing FluentUI Web Components and are built on FAST. You can fork the repository and browse to the examples app for a test page: 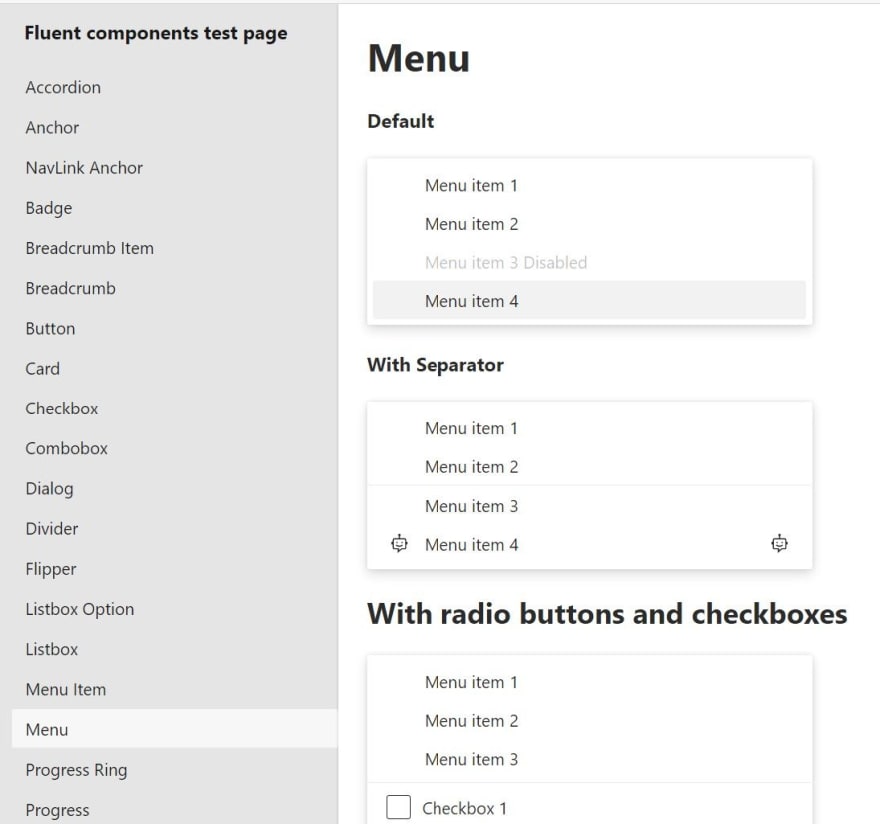 This is early, but I'd recommend taking a look—while it comes with the Blazor name, these are technically Razor components. This means you use them in other ASP.NET Core web apps, such as Razor Pages and MVC.

Microsoft customers have been asking for an in-house, free component library for a while—this will fill the need. While Microsoft will eventually introduce this as yet another tool at your disposal, they'll need to be careful here: the .NET community has a rich community of open-source and third-party component libraries (both free and paid), and they'll need to avoid the perception they're trying to replace these options. (To be abundantly clear, they definitely are not.)

Just minutes into Build, Microsoft announced the official release of .NET 6 Preview 4. We've teased a few features in the last month or so, but it's nice to see the official news. Richard Lander wrote up the blog post. As a reminder, .NET 6 will be an LTS release.

.NET Hot Reload is a big .NET 6 feature (as is improving the developer inner loop in general). I've written about how you can use it by running dotnet watch with ASP.NET Core web apps (that is, Blazor, Razor Pages, and MVC). With Preview 4, you can also use it with other project types like WPF, Windows Forms, WinUI, console apps and "other frameworks that are running on top of the CoreCLR runtime." It's now integrated with the Visual Studio debugger as well—to do this, you need to download VS 2019 16.11 Preview 1.

In Lander's post, we also see much of what we've discussed previously: check out the official details on System.Text.Json improvements, LINQ enhancements, FileStream performance improvements on Windows, and new DateOnly and TimeOnly structs.

Preview 4 is a big one. Even with a little under six months to go, we'll only have a few previews to go until the focus turns to bug fixes. .NET 6 is coming along nicely. 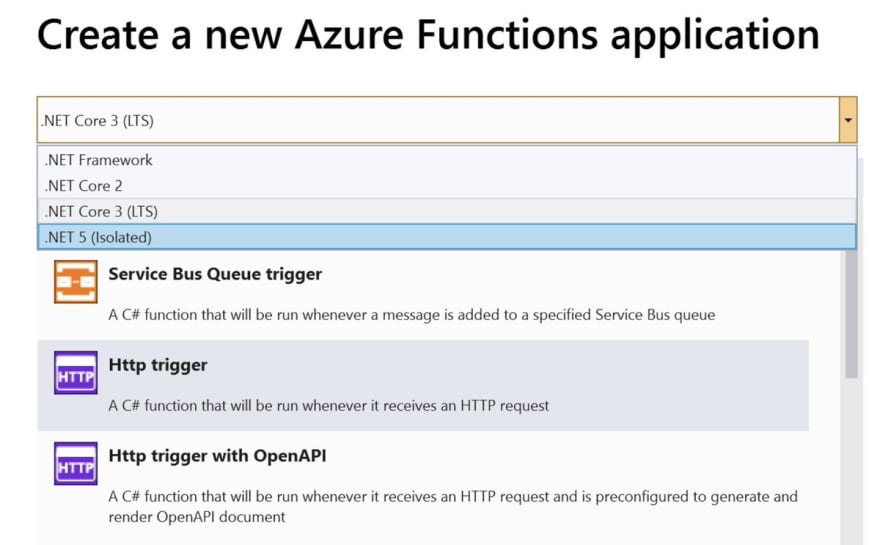 If you're building .NET 5 isolated @AzureFunctions apps and want to use @VisualStudio, update to VS 2019 v16.10 for full support for templates, local debug, and deployment.

We'll be updating our tutorial and docs shortly.

With .NET 7—yes, .NET 7!—Microsoft is taking a look at redesigning System.Console.

As Adam Sitnik describes it, the initial design was driven by Windows OS capabilities and APIs. With .NET going cross-platform, it introduced a number of issues since there wasn't a good way to map Windows concepts to Unix. You're encouraged to follow the discussion and provide feedback.

We've seen a lot of community innovation in this space. For example, Patrik Svensson's Spectre.Console library shows us that the developer console experience can be productive and beautiful. This isn't lost and I'm interested to see how this work evolves.

Welcome to Build week, where announcements are everywhere.

How to reference Key Vault secrets from other subscriptions in Terraform

Asynchronous C#: Cherry on the top 🍒 (Tips and Tricks)