First of all, I assume that you have docker installed. There are plenty of tutorial for that.

This is a tutorial to quickly create an image that serve a simple php service.

The public folder is where I host index.php, which echo a h1. Nothing fancy here.

vhost.conf file contains the configuration for apache2 webserver that runs inside the container. You can put it anywhere, its location really doesn't matter. I put it there to copy it to the image easily.

The Dockerfile, which contains the instructions to build the image, which we will look into next.

This is a very simple image so there aren't many instructions.
First, the FROM line tell docker to pull an already-made image called php:7.1.8-apache.

This is probably an image with apache2 and php installed.

Next, we COPY the current folder(.) to a location in the image which has the path /srv/app.

As you can see, the index.php in the container (when it is running) is /srv/app/public/html

The next COPY line copy the vhost configuration file for apache2. If you have worked with apache web server before, you'll know that by default, its settings for sites are stored at /etc/apach2/sites-available.

Finally, in the same folder, run the following command to build the image

You should get the message saying that image was built successfully.

Finally, the above command run the image we have just create.
Let's try viewing the service on the browser: 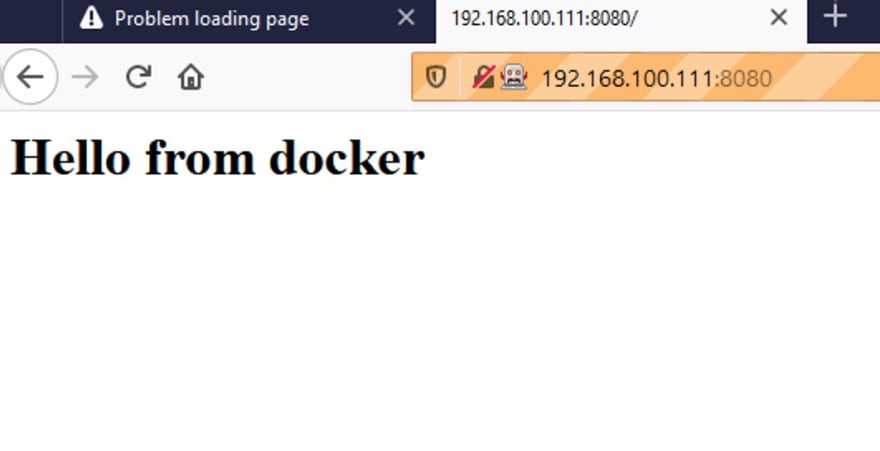 Congratulations! You have just built and run a docker image.