Tired of the monotony of the default Linux terminal? I know you didn't answer, but look, I have a list of funny commands to use!

All the package names to install are in the images captions. So, let's go to the list!

You know that Matrix effect, right? Which is all a hacker thing with a bunch of green letters and codes running across your screen. So, now imagine it in your terminal! If you imagined it, you can consider yourself as the new chosen one, like Neo!

After installing, just type cmatrix and then, your terminal will have this super cool effect of Matrix movies!

If the Matrix command doesen't help in your home made movie, I have 100% sure the hollywood command will help!

Type the command above and your welcome to your best hacker scene ever for your movie! Here's a soundtrack to help, lol

Nothing to do? What about see a steam locomotive visiting through your terminal? This thing make my day! And that's it, a locomotive, haha

Just type sl (different from ls, ok?) to see the locomotive in action.

Such as Deadpool, I believe cows will one day rule the earth. Meanwhile, how about making a cow say whatever you wants? (yes, a cow talking xD)

Go to the terminal and type cowsay "phrase" to make the cow say something instead 'moo'. 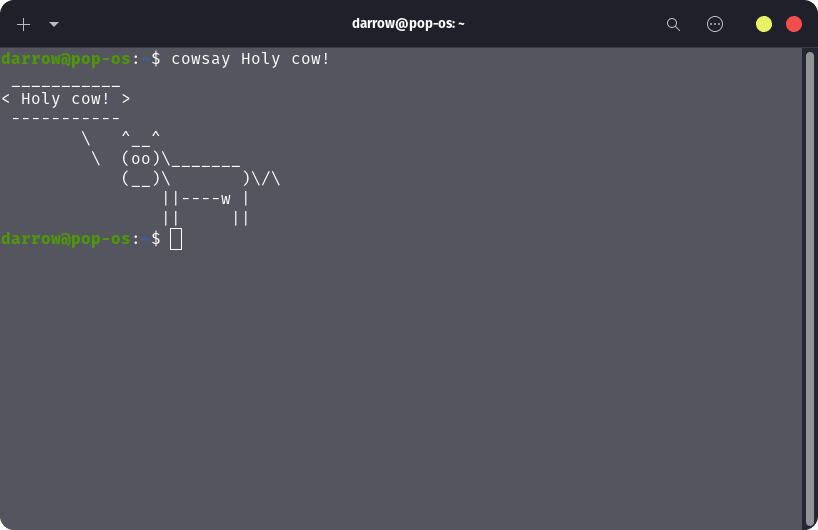 If you do not like cows like Deadpool, you can choose Moofasa to say something! Not only him, but also other ASCII arts! Replace the moofasa for something else, like cheese or ghostbusters.

A sea with fish 🐟

A sea with marine animals are beautiful by nature, imagine in ASCII! If you want to makeup your terminal, or just see something nice, this is the right command!

Typing asciiquarium, your terminal will be adorned with so much aquatic beauty made by characters! 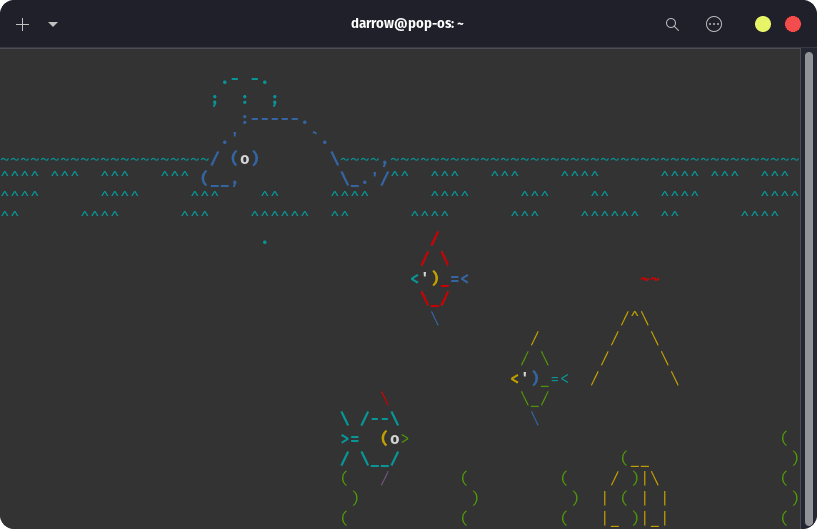 OBS: In other distros, just install the package. On Ubuntu and Debian based distros, this is the installation process:

Through the Fire and Flames 🔥

Have you ever thought about a terminal on fire? What would you do? You'd throw a fire extinguisher at your monitor? Well, your choice don't matter, because the aafire package does just that: sets your terminal on fire!

WARNING: KEEP FIRE AWAY FROM CHILDREN!

A clock in terminal 🕗

This one, a lot of people use to make rice (screenshot of your custom Linux) on r/unixporn. And… That's all. A clock.

Type tty-clock in the terminal to see the time in a different way.

Want to have a personalized word or text? The toilet and figlet commands can provide you this! 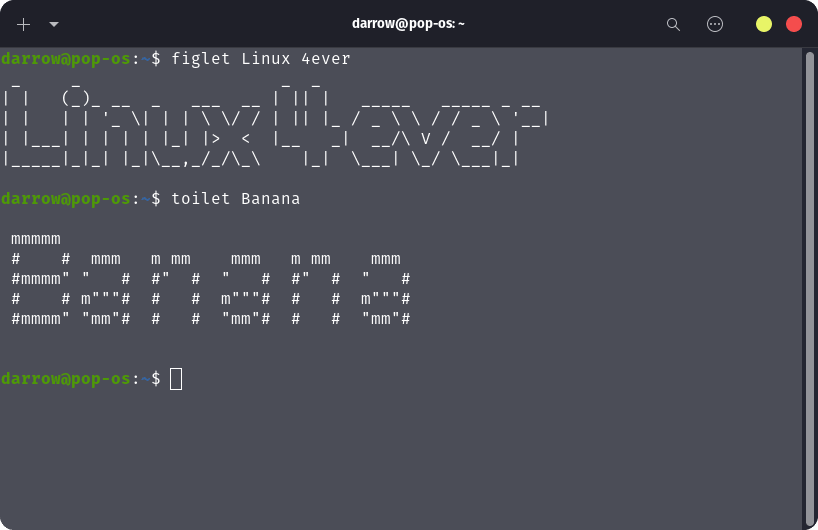 As with most of the commands I've shown, it also has several variations of text, such as figlet -f future phrase, toilet -f metal phrase, and others.

That's all folks. I hope this article has helped you to bring your terminal to life! If you want a part two, comment down below, because I have more commands 😎

And if you want a pos-installation script for your Linux, with all this funny commands I told you, check my repository! Maybe help you.

Just a basic Pop!_OS pos-installation Shell Script for personal use. 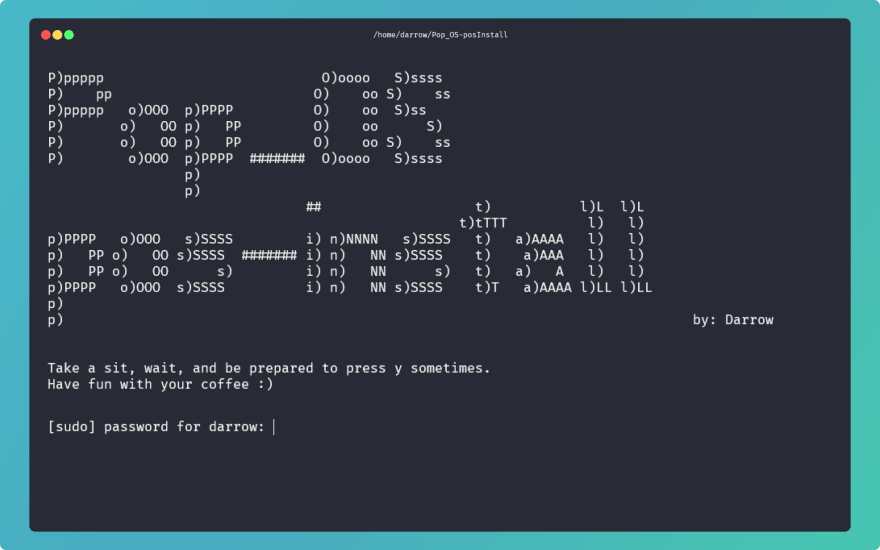 This project is under the MIT license. See the LICENSE file for more details.

Once suspended, darrow will not be able to comment or publish posts until their suspension is removed.

Once unsuspended, darrow will be able to comment and publish posts again.

Once unpublished, all posts by darrow will become hidden and only accessible to themselves.

If darrow is not suspended, they can still re-publish their posts from their dashboard.

Once unpublished, this post will become invisible to the public and only accessible to Darrow.

Thanks for keeping DEV Community 👩‍💻👨‍💻 safe. Here is what you can do to flag darrow:

Unflagging darrow will restore default visibility to their posts.