We've all experienced it.

Websites suddenly becoming slow for no reason, loading times in the double digits, or even the dreaded "Error establishing a database connection". It may come down to the hosting provider you are using, the size of your website, or even the complexity of your aesthetic design, but the crux of the matter is that:

Running on code first written in 2003, it was designed for a time in the evolution of the internet when waiting minutes for a website to load was not uncommon. We weren't as dependent on the internet then. But now? As a tech generation becomes more and more impatient, website loading times are becoming a crucial factor in the design process of a website, even being factored in by search engines when ranking.

So what's the solution to this problem? Static Site Generators! (surprise, surprise).

A typical, barebones website consists of HTML (for the content and structure), CSS (for the design), and JS (for any logic or processing). For anyone starting out in Web Development, the normal inclination would be to write a separate HTML file for every page on your website. We would call this a static website.

Simple enough: you get easy customisation, no complex scripts to slow your site down, and a compact website that doesn't take up much space. Sure, this works for a simple website with 5 pages. But what about a blog with 50 posts? Or an e-commerce website with hundreds of products? I'm sure you can see where I'm going with this. With all these examples, sure, you can copy and paste a blog post template and edit the contents each time you want to write a new blog post, but that's taking away precious time. Time you could be spending writing blog posts.

WordPress solves this problem by (and I'm massively oversimplifying here) storing page and blog post data in a database, separate from the styles. When a user visits a page on the website, WordPress executes PHP code, retrieving data from a database, and assembling this data into HTML and CSS. This is an example of what we call a dynamic website.

All this code has to execute before the website has been rendered, while the user is waiting for the page to load, in a context where 40% of people will abandon a website that takes more than 3 seconds to load.

Now, instead of retrieving data from a database and assembling HTML and CSS each time a website loads, imagine if we just prebuilt this HTML and CSS before the user visited the website, and stored this instead. Instead of executing code, we deliver these files as-is when a person visits our site. This processing happens before the user visits the site, meaning the files are ready to be served as soon as a request is made.

Think of an SSG as an application that inputs website data and outputs a folder with all the HTML, CSS, and assets.

Therefore, while with WordPress we speak of load time, with Static Site Generators, this becomes almost negligible, and we shift our focus to build time.

Because Static Site Generators prebuild websites before they are requested by users, load times are cut from several seconds to mere milliseconds!

In-site navigation is also unbelievably fast. In fact, navigating from one page to another is almost instantaneous (Try it now! This website is powered by an SSG). This is because the SSG I use (GatsbyJS) prefetches the files and assets of other pages on the website so that by the time you want to go to another page, it has everything ready!

Databases, servers, and outdated software running on them are a hacker's dream. A study found that about 70% of WordPress websites had a security vulnerability!

The reason is simple - the more servers involved and the more processes and executions done by a server, the more loopholes and vulnerabilities can be found.

But by preloading our pages, we eliminate the need for any logic and work to be performed, thereby eliminating the risk of hackers injecting malicious code into these processes.

To run a self-hosted WordPress website, you need to spend on average $5-10 a month on hosting plus about $10 annually for a domain. All in all, you could easily spend over $100 a year. With Static Site Generators, this goes down to $0 (or \$10 a year for a custom domain).

Because no processing power is needed, you can host your website on free hosting providers like Netlify and GitHub Pages.

Most Static Site Generator websites are published by pushing code to a remote git repository, where it is automatically built and deployed. Apart from making the deployment process easy, this makes it easy to revert to a previous version of your site should the need arise.

But, as with anything, Static Site Generators also have some:

(Unless you are already a programmer).

One of the reasons WordPress is so popular is its relatively shallow learning curve. You get a GUI, a dashboard, and a text editor - literally everything short of a WYSIWYG editor. 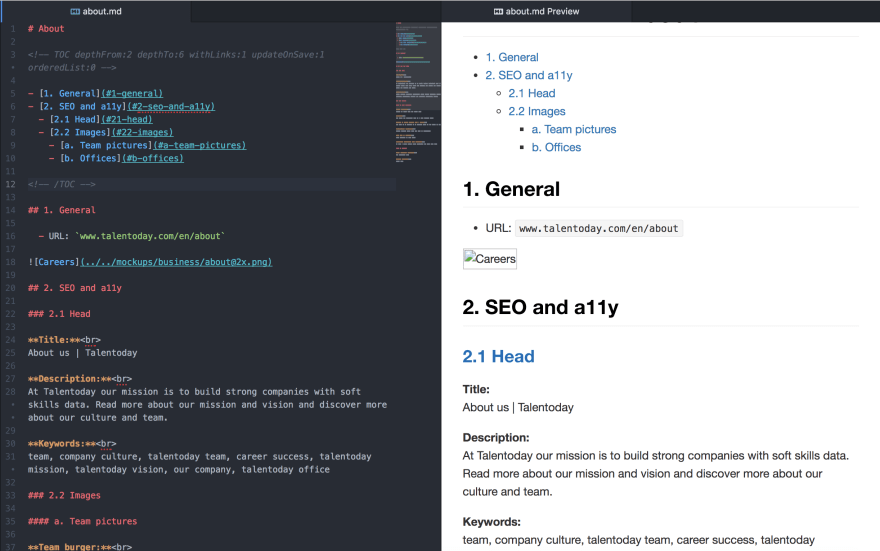 Add to this their relatively small community compared to WordPress, and this makes the learning curve that much steeper.

One of the many side-effects of not running on a server is that you don't get any services out of the box that require processing. That means comments, search, and most forms of contact forms will need third party services. A popular free third-party commenting service is Disqus.

Updating and Publishing the site requires tools on your computer

This means that you can only update your website from a computer that has that particular Static Site Generator installed - plus other dependencies. A WordPress site, however, can be edited from any computer with a browser and an internet connection.

Common Static Site Generators out there

Once suspended, darrendube will not be able to comment or publish posts until their suspension is removed.

Once unsuspended, darrendube will be able to comment and publish posts again.

Once unpublished, all posts by darrendube will become hidden and only accessible to themselves.

If darrendube is not suspended, they can still re-publish their posts from their dashboard.

Once unpublished, this post will become invisible to the public and only accessible to darrendube.

Thanks for keeping DEV Community 👩‍💻👨‍💻 safe. Here is what you can do to flag darrendube:

Unflagging darrendube will restore default visibility to their posts.