Learning I had when installing Arch Linux.

Please, note this: If you are looking for a tutorial to help into the installation process, go with the official docs of ArchWiki. And, if needs a help feel free to call me on Twitter.

I made an upgrade on my computer and add a new SSD to be dedicated only to Linux. Since I was going to have to format the current HD with a partition for Ubuntu 20.04, I soon decided to migrate to Arch Linux.

Arch is a more robust version that brings in its installation the minimum necessary to run the system in a terminal. At the end of the installation process if you want a GUI you can choose one of your own and move on.

During this post that I write to you, it was my second installation of Arch Linux. Just like the first one, I went through some very simple bullshit that could have been avoided.

Therefore, the idea of this post is to explain things that I understood during the process and that can help you.

Just for context, my hardware schema looks like this:

Right off the bat, something important whether on Ubuntu or Arch, interesting to understand is the dev/sdc. These are our storage disks.

sd originates from SCSI disk and for each disk on your machine, there will be a representation for that.

Following the scenario before mentioned, it is right to expect three dev/sdx for each disk. Normally, each is represented as a letter.

An easy to check this is running the lsblk . After run into my terminal, I got the following result:

fdisk is the command used to manage our partitions. With it, we can select the sd that we want to work on and create the partitions needed. 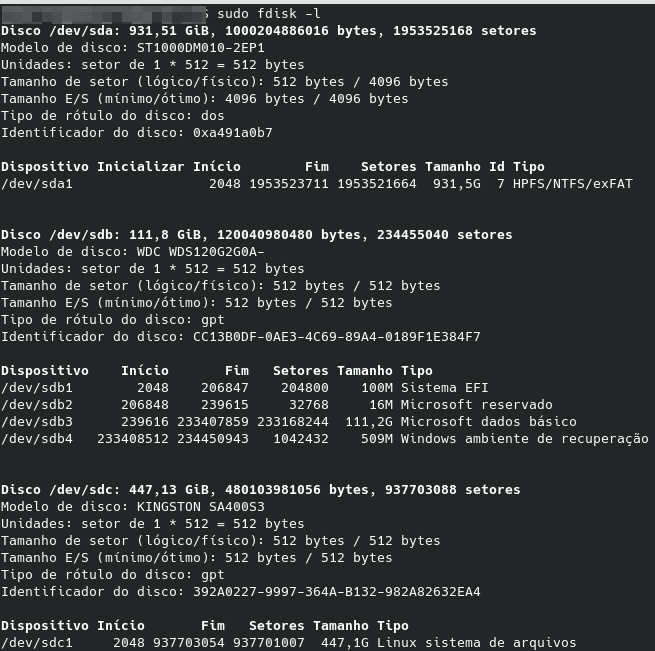 The cfdisk performs the same functions in addition to providing a graphical interface: 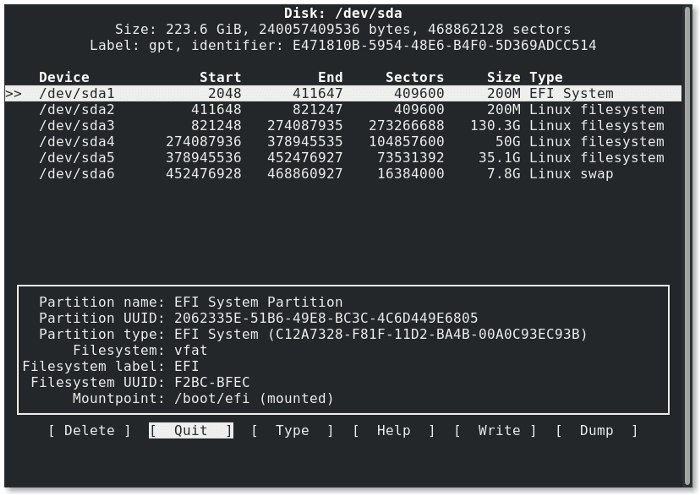 During the installation of your partitions, you can find acronyms such as MBR and GPT.

GPT is the acronym for “GUID Partition Table” and is the most recent being inserted from windows 10. New devices like SSD already have this technology and it is the most suitable for use since the number of partitions has a greater capacity to be created.

Both indicate the way in which data will be written to your devices.

Some simple commands that I found interesting to use and that also helped me during the process.

The installation of Arch Linux is a bit more verbose and more laborious since you need to make all the necessary configurations via terminal. However, it is still steps that with good attention you can get through them easily

By last, following a tutorial according to your need, you can configure dual boot and its interface.

For the dual boot, I choose GRUB. Looking for an interface I chose SDDM and KDE Plasma

Higher-order functions in Python and C#

Your Complete Guide To Math Object in Javascript