The variable declarators available to us in JavaScript, and more specifically when to use them, are a hot topic of conversation these days. A few weeks ago, I read an article called "Another var vs let vs const": 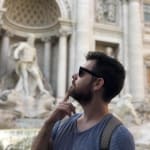 Another var vs let vs const

Though the title made me smile, my response to the advice given was less positive:

I think we can summarise everythings in a few lines:

To be clear, I think it is very nice summary of the reigning opinion I've been exposed to; but the gospel-like way in which it is given triggered a knee-jerk reaction of mine, which is to immediately question bold statements made without supporting arguments.

I realized I don't entirely agree, but I couldn't articulate why. So it got me thinking many hours of thoughts. And with deep thought comes opinions:

If you choose to follow my dive into this particular rabbit hole, I'd appreciate feedback!

The tools: a miniseries

I've written a miniseries of posts that encourages deep thoughts about variable declaration in JavaScript.

📖 Most of the differences between our variable declaration tools pertain to (lexical) scope, so if you don't have a firm grasp of that subject, I highly recommend Kyle Simpson's short book Scope and Closures; it's a fantastic resource, and I think Kyle does a great job at explaining this area of language design in an easy-to-follow way.

Each post dives deeper into one of JavaScript's variable declarators, and rather than constitute a sequence they are intended to be standalone, interrelated references.

I have chosen to give them identical structures and also tried to keep the examples* as similar as possible for easily comparing and contrasting the information in each, should you choose (and I strongly encourage it 😄).

I hope they help you make better decisions about which one is the right tool for holding a particular bit of your data. 🙏 I've definitely learned a lot from trying to write them!

*For the curious, I'm using Carbon with some custom settings to generate pretty pictures from code.

The Top 12 Node.js Frameworks on GitHub️