Technologies change everyday.
Web is fast changing.
From static HTML, Dynamic websites and to WebAssemblies.
And You see a bunch of new JavaScript libraries released everday.

It's hard to keep up and skillsets change every few years.

But I see developers using vi/emacs/make/gcc skills for decades. 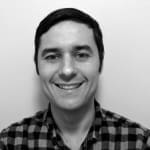 What’s the most annoying part of your job?

Sung M. Kim
Exploring the world of TypeScript, React & Node
Pitch me on C++
#cpp #discuss #pitchme
What is the most "readable" programming language in your opinion?
#discuss
What's your favorite piece of software that you built for yourself?
#discuss