This post was originally created on Daml Blog by Shaul Kfir.

As developers identify the blockchain infrastructure and application development platform to support their applications, many community members seek to understand the differences between Daml and Ethereum. Both Daml and Ethereum are used as blockchain open source to create applications that solve industry-level problems; however, there are several differences between the two platforms with Ethereum being a public blockchain network and Daml on the other hand supporting permissioned multi-party projects. 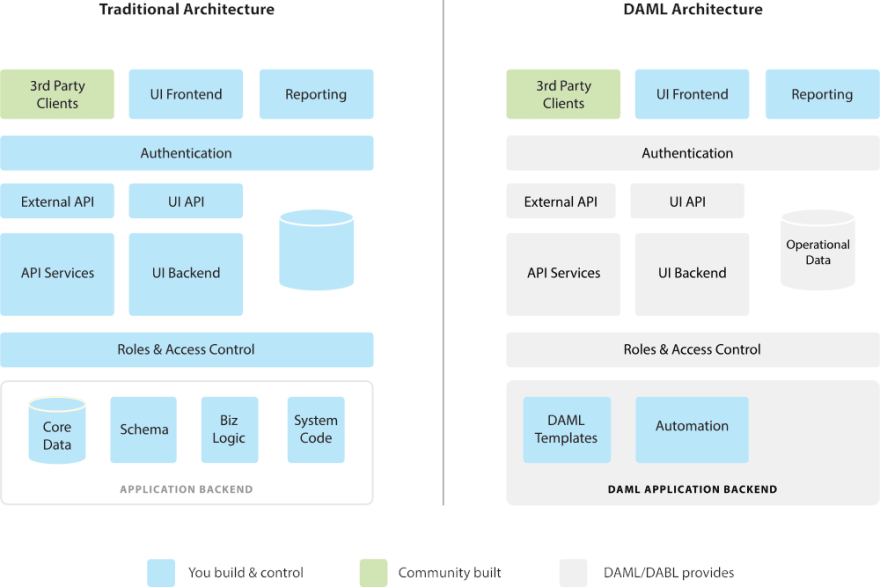 When to use Ethereum over Daml

When to use Daml over Ethereum:

Next let's take a closer look at how privacy is guaranteed in Daml:

Daml pushes the state-of-the-art in privacy preservation to a whole new level by also being able to determine the need to know at a very fine-grained level. With Daml, transactions can be broken up into sub-transactions, and these sub-transactions then selectively revealed to participants. Returning to our DvP example, when written in Daml, the DA Platform would reveal the entire transaction only to Alice and Bob. The bank and the CSD would be notified that the cash and shares, respectively, got transferred, and they can verify that the transfers were correct. But they would not learn anything about why the transfers happened. We can visualize this below, where each box shows to whom the part of the transaction is shown: 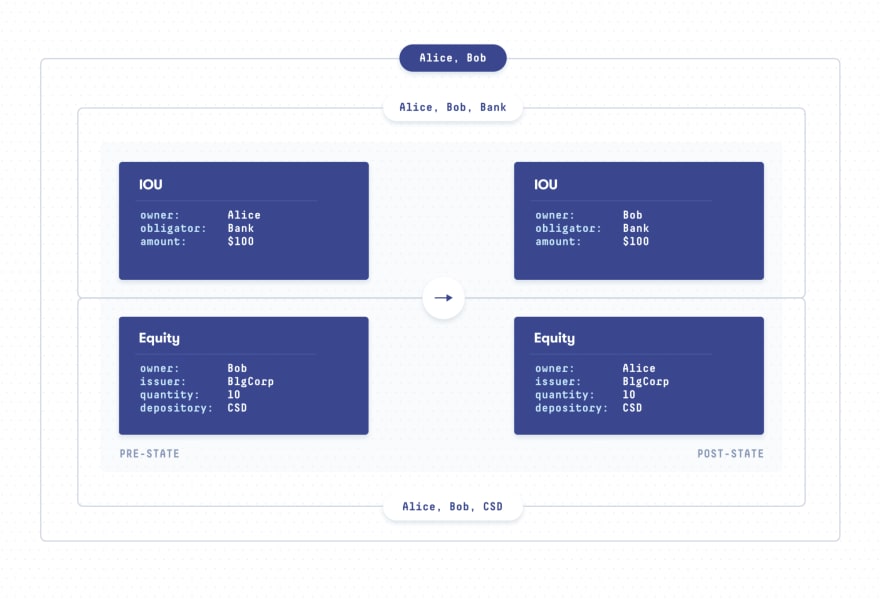 To conclude, both Daml and Ethereum are helpful blockchain open source to solve unique problems experienced by individuals and businesses. However, if your project demands a higher level of security, flexibility and interoperability, Daml offers the facility to maintain the privacy of an organization’s information and improves the effectiveness of deployment. It is unclear how the technology will pan out in the medium-to-long run, but it seems inevitable that the smart contracts technology will revolutionize the financial system, replace legacy systems, and make the industry more efficient.

Staking. What happens behind the scenes. Brief code walkthrough and mathematical calculation

How to create a private blockchain network using Go-Ethereum(geth).

Once suspended, damldriven will not be able to comment or publish posts until their suspension is removed.

Once unsuspended, damldriven will be able to comment and publish posts again.

Once unpublished, all posts by damldriven will become hidden and only accessible to themselves.

If damldriven is not suspended, they can still re-publish their posts from their dashboard.

Once unpublished, this post will become invisible to the public and only accessible to Daml.

Thanks for keeping DEV Community safe. Here is what you can do to flag damldriven:

Unflagging damldriven will restore default visibility to their posts.