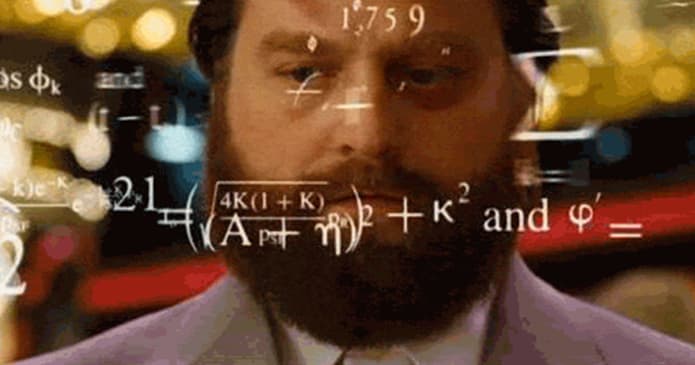 I remember high school not fondly as most people do, but as a place where I was constantly under pressure. See, I was a terrible student and when I say terrible I mean C's D's and F's almost exclusively. The issue was not a learning disability, ADD or anything else it was that I was lazy. I wanted to do the things I wanted to do and homework wasn't it. I wanted to focus on the subjects that I found interesting. Unfortunately, mathematics was not on that list.

I ended up barely getting out of high school with a C average. I tried to go to college and for an entire year I tried to fake interest and ended up flunking out. Once again math was something that put the nail in the coffin so to speak on my college life.

So, how is it that you are reading this from a person who has been developing websites and applications for 10 years. 9 years after I flunked out of college I woke up one morning and was fired from my job in a warehouse stacking boxes. The lady who fired me had a 10th grade education and could barely read the invoices for the materials we were loading. I had two kids at the time.... and I was unemployed. The next day I realized what I needed to do.

I started by carving out 2 hours of my day and devoted it to learning. I had always been good with computers so I started there. I went online and found The New Boston and started watching his videos. I understood nothing.... and then I understood a little... and then a little more. And it finally clicked what my teachers were trying to get through to me years before. Any subject can be interesting if you study it and don't expect to know it immediately.

Flash forward to today. Yesterday on Hacker News a blurb about a new book caught my eye. Its called A Programmers Introduction to Mathematics and once again that feeling of regret at all the times I drooled on my notebook in Algebra came back to me. So I bought it.. and now I am sitting here in my big chair with a cup of coffee trying to grok polynomials. Something I should know have learned 20 years ago... But better late than never right?

7 Tips for Getting Your First Developer Job

Software engineering is a team sport (100 Bytes of Wisdom: Day 56)

Coding is Boring! why do you love coding?