SwiftUI is getting more mature with every new major iOS release and it is now in a state where it can be used for a lot of use cases. The app that I work on my daily job is based on Objective-C and I wanted to prototype some things in SwiftUI because it was faster and more fun. It was also a great way to escape UIKit for a little and learn more about SwiftUI. That means I had to display SwiftUI views from Objective-C ViewControllers. In this article I will explain how I did that.

Adding Obj-C to the mix

I like to call the middleman implementations as SwiftUIViewAdapter or SwiftUIViewFactory. I am still not settled on a final suffix but something between these two seems right.

Let’s start with a simple SwiftUI view that will display the text that is passed into its initializer:

To display the HelloWorldView we need to wrap it into the middleman class that will create the UIHostingController:

There are a couple of things happening in the HelloWorldViewFactory class implementation above, so let’s cover them one by one:

Now we can display this view from Objective-C like this:

In this example the device should display the view that has text centered and set to Hello from Obj-C! 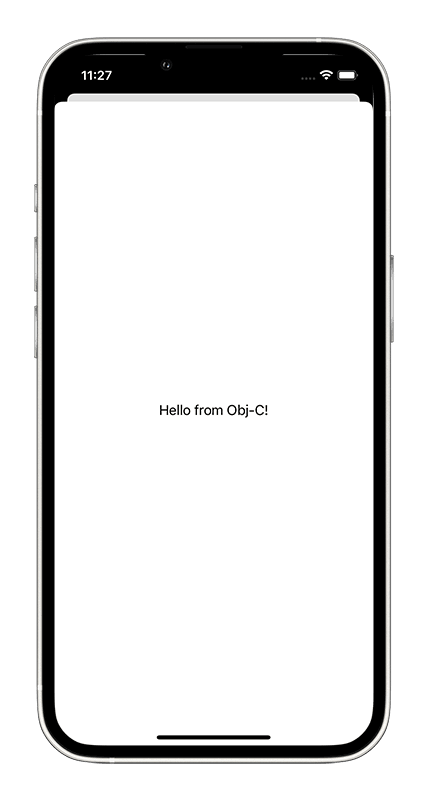 If you didn’t use Swift in your existing Objective-C project it is important to know that you need to import the Swift module header into the Objective-C file that will use your Swift code. That header file is named like $(SWIFT_MODULE_NAME)-Swift.h and if you want, you change the name for that header file inside build settings for your target. The config option that defines the name is Objective-C Generated Interface Header Name.

If your app target is called MyTestApp you can import the Swift code into Objective-C like this:

If you are in the same situation as I was I hope that this article will help you.

How to change the app name in react-native(in android and IOS):

How to emulate iOS on Linux with Docker

Once suspended, daholino will not be able to comment or publish posts until their suspension is removed.

Once unsuspended, daholino will be able to comment and publish posts again.

Once unpublished, all posts by daholino will become hidden and only accessible to themselves.

If daholino is not suspended, they can still re-publish their posts from their dashboard.

Once unpublished, this post will become invisible to the public and only accessible to Tarik Dahic.

Thanks for keeping DEV Community 👩‍💻👨‍💻 safe. Here is what you can do to flag daholino:

Unflagging daholino will restore default visibility to their posts.