He is saying that the word "unit" wasn't about the system under test (i.e., class, method, etc), but was about the test itself. "Unit test" is a test which doesn't depend on any other tests. 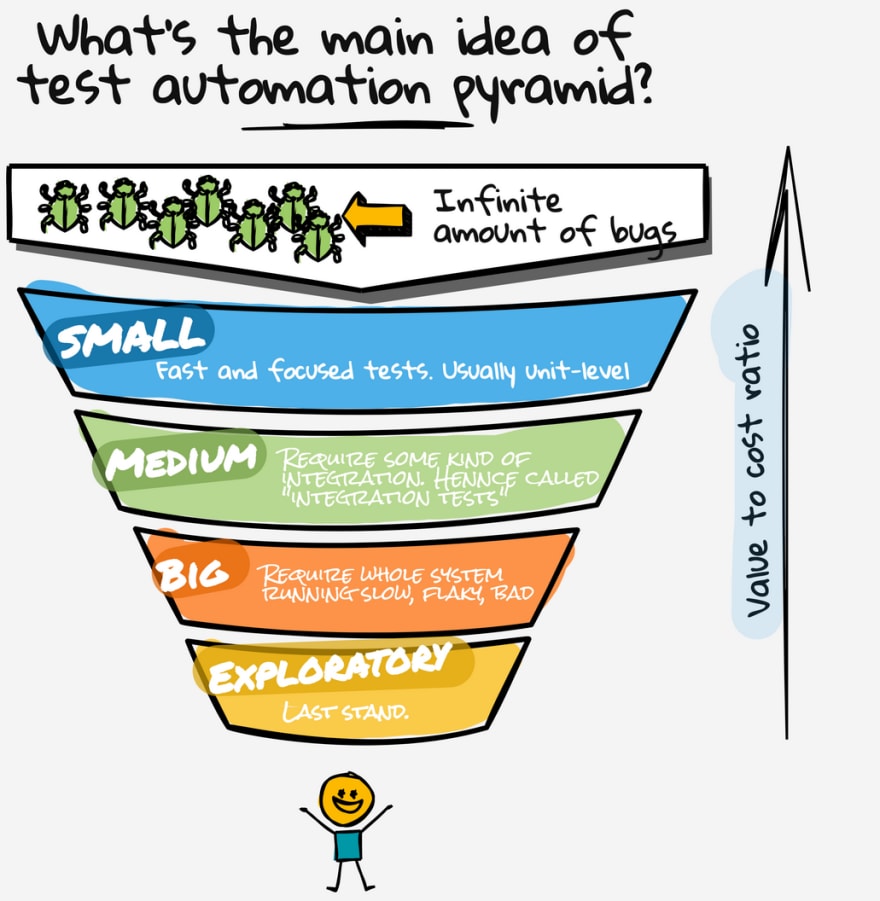 I think I was pondering the same idea when making the title picture regarding the test pyramid and it exactly the same reason why I was working on the Feature test model (https://aqaguy.uk/pages/ta/ftm/feature_tests/) which helps build effective test coverage disregarding of the approach you choose (test-first or test last).

What do you think? Do you agree with Ian's definition of unit testing?

I made a whole “GAME” with NextJs

Alex Pushkarev
Currently, I am holding the position of Senior Software Engineer, but I prefer to consider myself a full-stack engineer. My passions are quality and efficiency. Agile fan and XP practitioner.
Do you need to know/learn data structures and algorithms to become software engineer?
#beginners #programming #discuss #algorithms
Should Agile Manifesto be revised?
#agile #programming #discuss #management
"TestClub" YouTube channel. Why should you care?
#programming #tdd #beginners #tutorial

Once suspended, dadyasasha will not be able to comment or publish posts until their suspension is removed.

Once unsuspended, dadyasasha will be able to comment and publish posts again.

Once unpublished, all posts by dadyasasha will become hidden and only accessible to themselves.

If dadyasasha is not suspended, they can still re-publish their posts from their dashboard.

Once unpublished, this post will become invisible to the public and only accessible to Alex Pushkarev.

Thanks for keeping DEV Community 👩‍💻👨‍💻 safe. Here is what you can do to flag dadyasasha:

Unflagging dadyasasha will restore default visibility to their posts.