“The line it is drawn The curse it is cast The slow one now Will later be fast As the present now Will later be past The order is rapidly fadin’ And the first one now will later be last For the times they are a-changin’” — The Times They Are A-Changin’, Bob Dylan

A while ago, the story went this way; You learn the alphabets of a particular language, say English, then you learn to string alphabets together to form words, this is then succeeded with learning to make a complete sentence. When you get comfortable doing this, you learn the rules of grammar, punctuations, etc, and you can now begin to write and speak a language. This, in most cases, is when you are termed a literate or a master of that language.

The scenario I painted above is over a century old and still, holds true to this day. I don’t see it changing anytime soon. Your ability to read and write puts you a step ahead of the next person who doesn’t possess these skills.

This is the year 2016 and times are changing. Life, as we know it, is evolving and humans are adapting. At the core of this evolution is technology and if the trends we see today are anything to go by, this is going to last for a long time, maybe for another century.

Part of my goals for this year was to learn to drive and thank God I achieved it. But boy was it a fun experience? No, it was everything but fun. Lagos isn’t exactly the kind of city where you learn to drive. The other road users could be lenient with you, but not the yellow bus drivers. At best, they hurl insults at you, but that is a story for another day.

As I reflected on this experience, I asked myself, will my grandkids ever learn the beautiful art of driving? I don’t think so, not because they wouldn’t be smart or courageous enough like grandpa, but because it wouldn’t be necessary. In the world where autonomous vehicles will be as common as the air we breath, why even bother? Let the robots do their thing. They will do it better.

Self-driving cars, space exploration are just a subset of what the new world will be. And what we see today is only the tip of the iceberg. The robots are already here, they are not coming. They are here, we just don’t want to acknowledge that fact. They are everywhere, they are on our mobile phones, computers, TVs, everywhere. Most of us use and interact with them daily but we just don’t know it.

Google, through its Allo instant messaging service, blessed us with the awesomeness called Google Assistant. No, seriously, that technology is awesome and if anything, I already see the jobs of city and tour guide coming under serious threat. Uber, Tesla, Google are pouring billions of Dollars into autonomous vehicles, the man that gets his daily bread from driving people should be worried. Amazon, the one company that is known to ignore Wall Street, defy odds and do things its way is already deploying robots in its fulfilment centres, aside from robots, it is also testing out drone deliveries. We all should be worried.

What do all these trends point to? Still thinking? While you are it, make no mistake, technology and the tech revolution is here. The unifying thing in this new world will be code. Coding is the new read and write. Your ability to control computers and bend them will be as invaluable as learning to read and write.

At Andela, we are working very hard to build the next generation of technology leaders. Leaders that will go on to become strong voices across different spheres of life. People that will leverage technologies for the greater good of humanity.

The Andela Student Ambassador Progam wants to work with resourceful Student Ambassador to lead Andela’s events and campaigns in their respective universities and communities. People that will help create awareness about what we do, represent and contribute to the development of technology leaders in Africa.

Today, we invite you to become an ASAP. Come let’s build the future together. You really should apply here 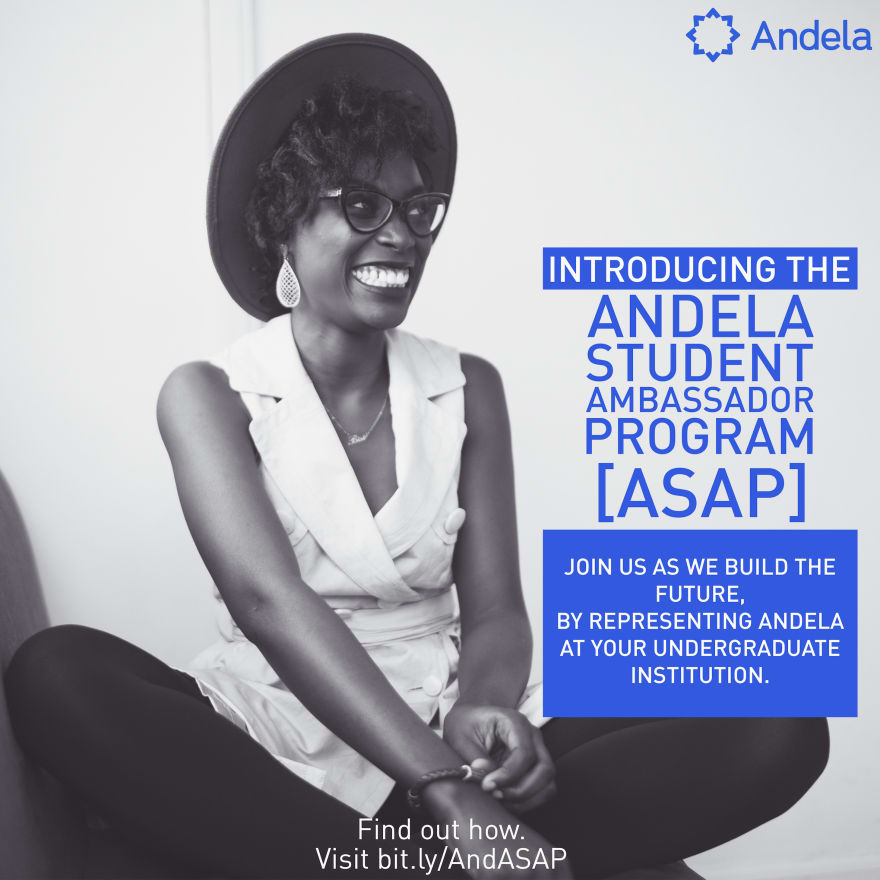 All you need to Know About Berry React