A friend of mine invited me to work on a game with him and I, of course, accepted. Early on, we decided that we want beta testers, and a way to apply as a tester. Google Forms immediately came into mind, and I took up the task of writing some code to make it automatically post answers to the form in our Discord server.

I knew I needed two things: A Discord webhook, and something to send the request to it with every form submission. I quickly found out about something called Apps Script, which let me interact with a bunch of Google apps (including Forms), and which I could utilise to bring this idea to life.

Part 2: Alright, let's jump into it

First, I wanted to figure out if I could even send an HTTP request from my Forms Add-on and found UrlFetchApp.fetch

Part 3: But can I use the Discord Webhook?

Yes. The Discord Webhook documentation is awesome, and I was up and running within minutes.

Part 4: Welp, time to actually hook it up to the form

By going to Edit > Current project's triggers, I could set up my form to trigger the onSubmit function when the form is submitted. 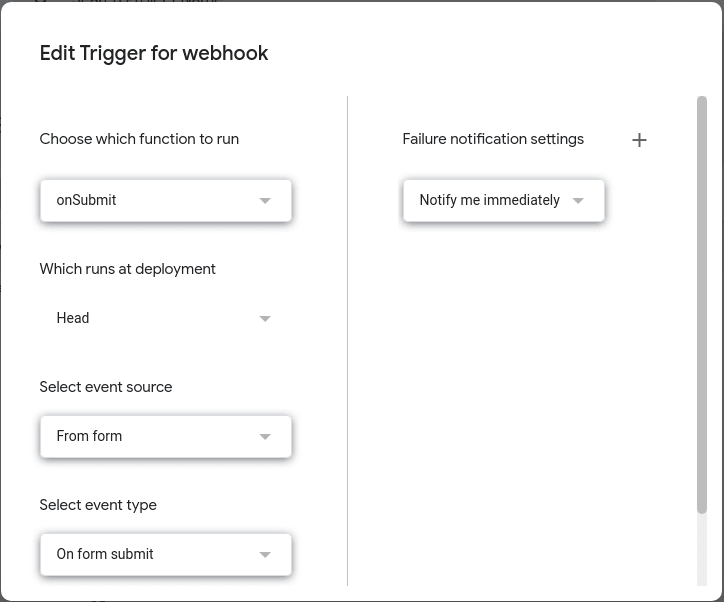 Part 5: Putting it all together

I don't have much to say here. Took about an hour of mindlessly browsing the Apps Script documentation, but somehow managed to write this final code: 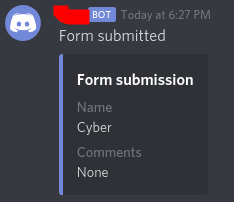 Once suspended, cyber28 will not be able to comment or publish posts until their suspension is removed.

Once unsuspended, cyber28 will be able to comment and publish posts again.

Once unpublished, all posts by cyber28 will become hidden and only accessible to themselves.

If cyber28 is not suspended, they can still re-publish their posts from their dashboard.

Once unpublished, this post will become invisible to the public and only accessible to Cyber28.

Thanks for keeping DEV Community 👩‍💻👨‍💻 safe. Here is what you can do to flag cyber28:

Unflagging cyber28 will restore default visibility to their posts.