Every week I realize what a wealth of information gets shared in the Umbraco Discord and the many things I might want to look up again later, so I've started keeping a list!

How to modify CORS on Umbraco netcore, asks Sean.

My teammate Paul has the answer:

Heather made me check out Limbo Modelsbuilder:

While, by the way, Sean is plugging his upcoming Codegarden talk about building the Aardman website on Umbraco.

Heather notes that much of the Modelsbuilder functionality that was available in the v8 Visual Studio extension is now again available in this package.

Søren blogged about bypassing (some) of our limitations when trying to use certain property editors in nested content / block editor. 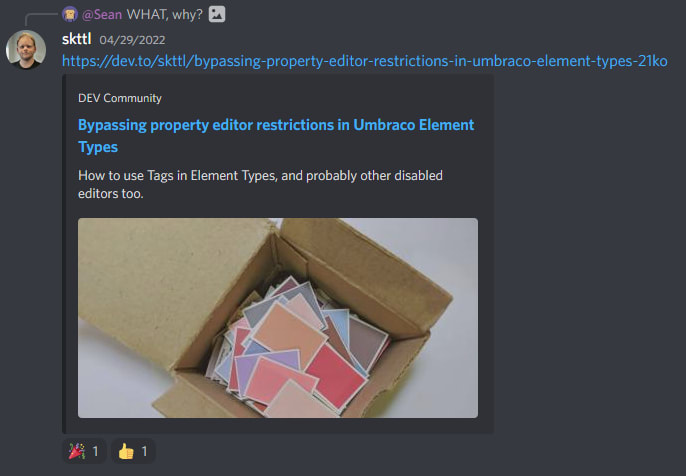 While Lee also points out that his wonderful Contentment package can use the data from property editors like the Tags editors.

Lee also noted during UmbraCollab that Contentment already works with Umbraco 10, he has an alpha release out now!

As you may or may not know, every Thursday at 13:00 CET we get together on Discord and do a bit of mob programming. This week we tried to do some Umbraco 10 upgrades.

Paul kicked off with what was going to be an attempt to upgrade his Portfolio Starter Kit and Examine Content App to Umbraco 10. Turns out both of those "just" worked on v10 already, so there was really nothing to do, excellent!

Then I tried to upgrade my blog to v10 and ran into some problems, similar problems happened on a different test site I had laying around and it turns out I forgot to upgrade the sites to .NET 6 - after which everything just worked, smooth. Thanks Bjarke for the hint and for providing the updated docs. 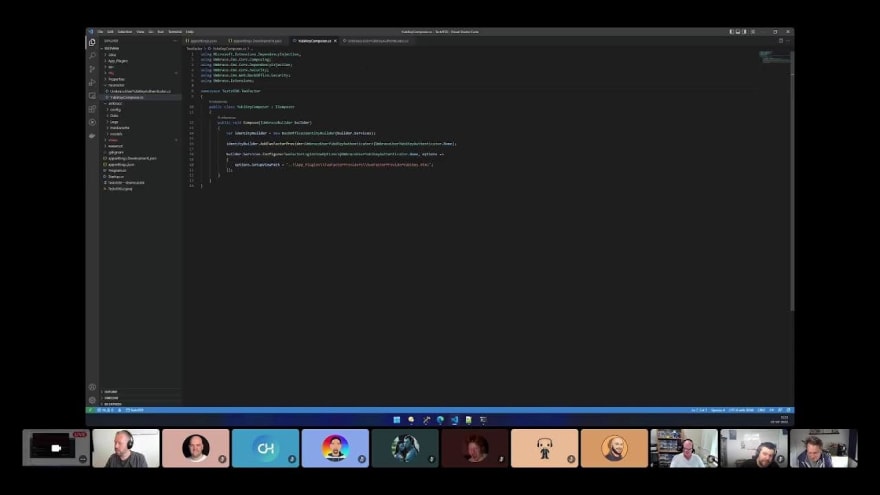 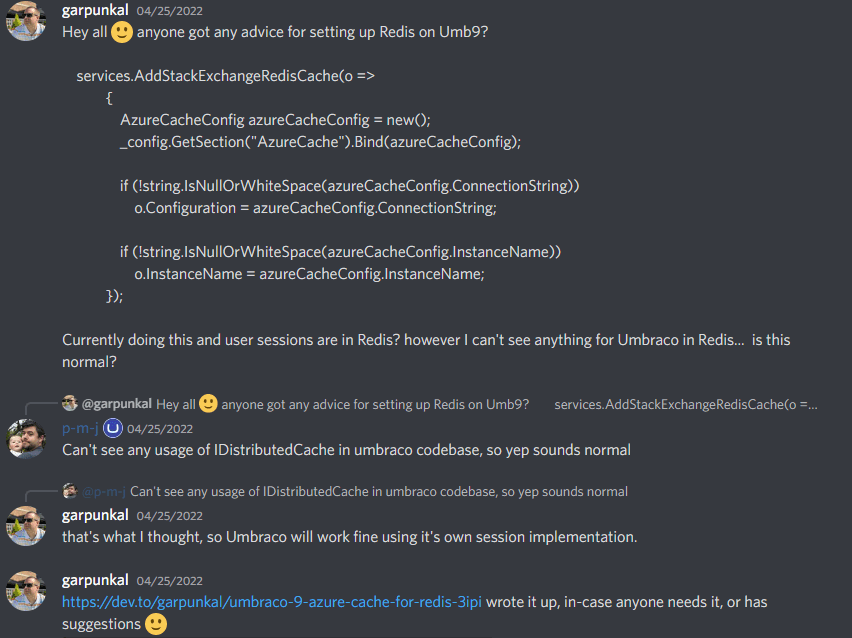 Harry asked about making some properties read-only under certain conditions.

And Paul Seal reminds us of Marc Goodson's blogpost about his attempts at limiting editor access by language.

Dan Hammond has been on a journey this week to get Vite to load in the backoffice and eventually seems to have gotten there with a bit of help from Nathan and by orchestrating a big hack.

In my Vite script:

Lastly, Matt Wise shared a useful link for those not yet using Rider.

Automatic code cleanup on saving a file is coming to Visual Studio at last.

Wow, that was a lot going on in just a single week! Hard to keep up.

As always, you're welcome to join us and collaborate on anything you're working on in Umbraco at the moment. Or just lurk, as you can see there's a lot to learn from.

As a final note:

We are always looking for people to join us on UmbraCollab. Thursday at 13:00, strictly limited to one hours of collaborating on something. Topics can include:

You drive the screen and we help you out with helpful (and sometimes completely useless) comments. Usually we get pretty far in an hour and most of all we all learn something new.

What is Web3, and its Evolution ✨.

Sebastiaan Janssen
From fostering contributions to learning what makes our developer community tick ☑️, to hosting a weekly open coding session. I do it all. But I do need my kayak 🛶 sessions and live music 🎸too.
Create a plain dotnet, routed API controller in Umbraco
#umbraco #dotnet
TIL: mime types and static assets in Umbraco
#umbraco
Debugging your custom website against the Umbraco source code
#umbraco

Once suspended, cultiv will not be able to comment or publish posts until their suspension is removed.

Once unsuspended, cultiv will be able to comment and publish posts again.

Once unpublished, all posts by cultiv will become hidden and only accessible to themselves.

If cultiv is not suspended, they can still re-publish their posts from their dashboard.

Once unpublished, this post will become invisible to the public and only accessible to Sebastiaan Janssen.

Thanks for keeping DEV Community 👩‍💻👨‍💻 safe. Here is what you can do to flag cultiv:

Unflagging cultiv will restore default visibility to their posts.