In this article, we are going to discuss some concepts of Android that you might face in your interview or during the project.

Here domain portion is the domain extension like .com, .org, or .eu. The company portion is generally the name of the developer's company and appname describe the app itself. Appname could be of a single word or multiple words separated by a dot. For example

In the above code snippet:

It is an integer that defines the minimum API level(version of the Android operating system) required to run your application. If the system's API Level is lower than the value specified in this attribute, then the Android system will prevent the user from installing the application.

In the above image, we had selected the Minimum SDK as 27 and Android Studio shows us that it will run on 53.5% of devices.

Activity class is one of the most important parts of Android. No matter how small an app is, it will have at least an Activity. An Android activity is one screen of the Android app's user interface. An app can have multiple activities means multiple screens. Android activity is the subclass of ContextThemeWrapper class.
Every activity contains a layout, which has a user interface to interact with the user. In this layout, we define what a user will see when (s)he open this activity and in Java/Kotlin we define the functionality of the activity. 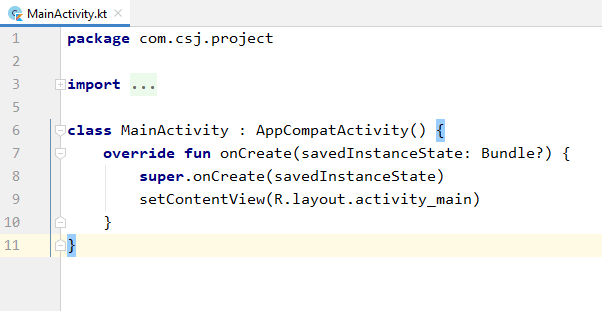 In the above image, we had setContentView method and in this, we had set R.layout.activity_main as the layout for this activity.

Unlike other programming languages where main() method is the entry point of the program, the android operating system initiates the code in an Activity instance by invoking specific callback methods that correspond to specific stages of its lifecycle. In the below diagram we can see the life cycle of an Activity. 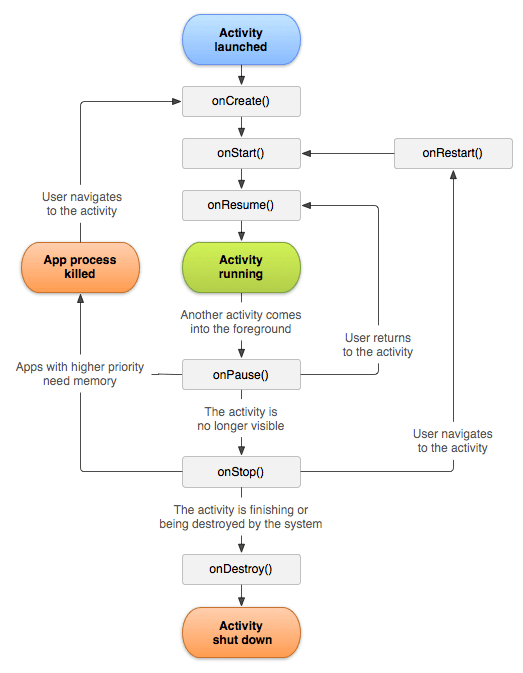 A service is a component that runs in the background to perform long-running operations such as playing music, handle network transactions, interacting with content providers without needing to interact with the user and it works even if the application is destroyed. It doesn't have any UI (user interface). The android.app.Service is a subclass of ContextWrapper class. 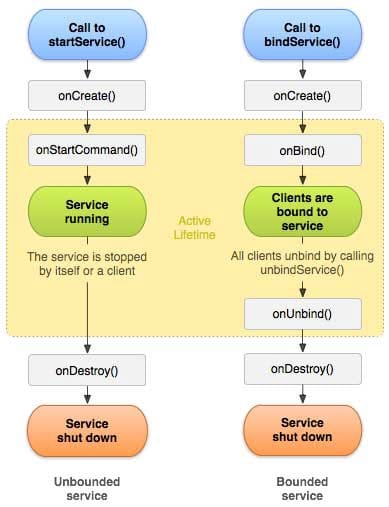 While creating a service following are the most important callback methods that you should override:

We will continue this in the next article.
Happy Learning!