Azure Key Vault is a managed service that offers enhanced protection and control over secrets and keys used by applications, running both in Azure and on-premises.

Managed HSM is a new resource type under Azure Key Vault that allows you to store and manage HSM-keys for your cloud applications using the same Key Vault APIs, which means migrating from vaults to managed HSM pools should be very simple.

Service tier must be specified at Key Vault creation time and cannot be changed after Key Vault has been created.

Warning The New-AzureRmKeyVault cmdlet creates a Key Vault and grants the current user (one who invoked the cmdlet) full access rights to this newly created Key Vault and all future objects in it.

Azure Key Vault provides native support for three object types: secrets, keys, and certificates. Each object may have an unlimited number of versions.

Secret is an opaque binary blob of up to 25 kilobytes in size. Key Vault provides no semantics for secrets; it merely provides a way for an application to store and retrieve secrets. Applications would typically store connection strings, passwords, symmetric encryption keys, and certificates as secrets in Key Vault.

Key Vault supports a contentType attribute that that may be used to help client application to interpret the value of the secret. This attribute can be up to 255 characters long.

Key is an RSA cryptographic key (Key Vault also supports Elliptic Curve keys). Once created or imported, keys can be used to perform cryptographic operations (such as signing or decrypting data). Still, they cannot be exported back (except in protected form for backup purposes).

A certificate issuer is an object containing information to communicate with the certificate authority to issue or renew a certificate.

An application may associate up to 15 tags (key-value pairs) with each secret and key in addition to the above-predefined attributes. Both name (key) and value of each tag may be up to 256 characters.

Information It is important to remember that whenever Key Vault is created using New-AzureRmKeyVault cmdlet, the user that created it gets full access to keys, secrets, and certificates. Therefore, for production workloads, it is necessary to revoke or at least severely limit that access.

There could be scenarios when access should be granted based on the user's group membership. The example below demonstrates how to grant permissions to all members of a group called "NavaTronSecurityGroup" to get secrets and perform all operations with certificates:

There are two broad sets of PowerShell cmdlets to work with Key Vault:

AzureKeyVault cmdlets perform actions using Key Vault REST API, and thus will be governed by permissions that user/principal has on the Key Vault object type (such as key, secret, or certificate) it tries to perform action on.

Contrary to that, AzureRmKeyVault cmdlets perform actions using Azure Resource Management API, and thus will be governed by the permissions that user/principal has on the subscription/resource group level. Because of this it is possible, for example, for a subscription co-administrator to gain access to all contents of any Key Vaults within the subscription: co-administrator has sufficient privileges to assign access policies on the Key Vault. High-assurance applications should consider creating Key Vaults in separate subscriptions with a limited number of administrators and stricter access controls.

Azure Key Vault can be configured to write an audit log of authenticated operations performed. Access logs are in JSON format and will be stored as blobs in the target storage account. The storage account has to be in the same subscription as the Key Vault.

Example below demonstrates how audit logging with a retention period of 60 days can be enabled for the Key Vault:

Once logging is enabled, all authenticated requests (both successful and failed) will be written to the blob storage to the container named insights-logs-auditevent. There could be a delay of up to 10 minutes between the event and its appearance in the log. 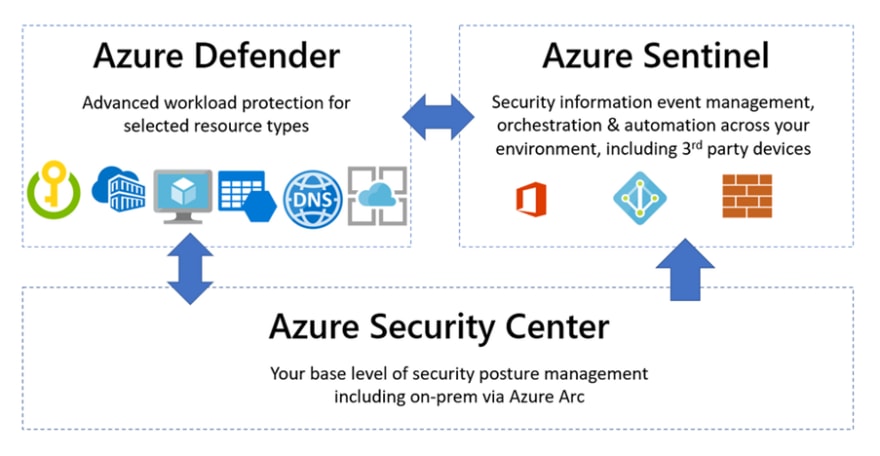 Azure Key Vault provides redundancy by using paired regions. In case the primary region is having issues, the service fails over to the secondary one. Service degrades to "read-only" mode: existing secrets and keys will continue to be accessible for operations (e.g., reading a secret or performing a cryptographic operation using a key) but attempts to create new objects or to modify existing ones will fail until Key Vault in the primary region is recovered.

Backup is a crucial part of Business Continuity and Disaster Recovery Planning, and Key Vault is not an exception. Secrets, keys, and certificates stored in the Key Vault should be backed up, and backups should be guarded closely.

Particular care should be taken when backing up keys. Key backup (no matter if "software" or true HSM) can be restored by the malicious user to the Key Vault under her control, and this will enable performing of any and all private key operations.

With Azure Key Vault, backup of a key can only be restored to the same geography from which it was originally backed up; backups and restores across different geographies are not possible.

Backup domains/geographies should be taken into account when planning application or service that needs to be deployed across multiple geographies. If such application requires high level of security assurance and opts in for Key Vault-generated keys (no matter if HSM or software), as opposed to keys generated elsewhere and imported into Key Vault, then there will be no way to replicate those keys across geographies because keys cannot be replicated across backup domains. This means that the application must be designed to support multiple keys for the operations it's doing. It must be designed to support multiple signers or multiple encryption keys or, more generally speaking, multiple roots of trust.

Compared to other Azure offerings, Key Vault comes with rather conservative service limits and no scale-out options. Applications must take those limitations into account. Please refer to the table below for current Key Vault service limits.

From a practical point of view, those limitations wouldn't matter for the vast majority of the applications. If, however, the application reaches those limits, then it is possible to scale-out by adding more Key Vaults and adding necessary load balancing logic to the application because Key Vault does not provide this functionality out of the box.

Store configuration for all your Azure apps in a universally hosted location. Manage configurations effectively and reliably, in real-time, without affecting customers by avoiding time-consuming redeployments. Azure App Configuration is built for speed, scalability, and security.

Toggle specific features behind feature flags, and fix critical problems in real-time. The flexibility provided by avoiding costly redeployments gives you more control when it matters the most.

Modern programs, especially those running in a cloud, have several distributed components. Spreading configuration settings across these components leads to hard-to-troubleshoot errors during application deployments. Using a universal configuration store for all your settings helps eliminate these errors.

How I Passed The Microsoft Azure AI Fundamentals (AI-900)

Once suspended, cschotte will not be able to comment or publish posts until their suspension is removed.

Once unsuspended, cschotte will be able to comment and publish posts again.

Once unpublished, all posts by cschotte will become hidden and only accessible to themselves.

If cschotte is not suspended, they can still re-publish their posts from their dashboard.

Once unpublished, this post will become invisible to the public and only accessible to Clemens Schotte.

Thanks for keeping DEV Community 👩‍💻👨‍💻 safe. Here is what you can do to flag cschotte:

Unflagging cschotte will restore default visibility to their posts.