Tech Skills: The Whats & Whys in a FE Senior position

Most of the time, we heard that some knowledge is required for certain position, usually we heard What is required, but what about the Why is it required?.
In this post, I'll share my thoughts in the reasons why some tech skills are mandatory when being/opting-in for a Frontend Senior position, I'll leave aside the must of HTML, CSS, GIT(or some other version control tools).

Show Me The Topics

The topics to be focused on are:

Disclaimer: This post comes from my own experience and what I have seen so far in the area, not saying this is the best way to go, nor the worst, any contribution is more than welcome in the threads below! 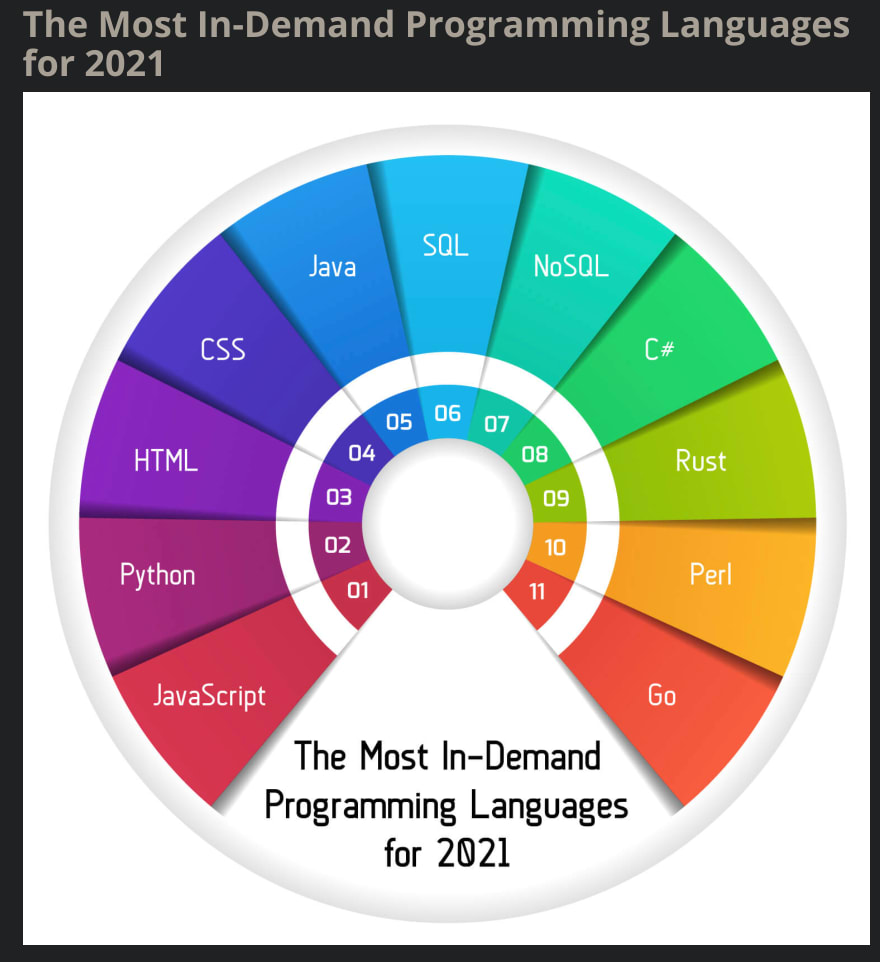 As a FE dev, having Javascript or Python is a must, the most used languages worldwide now.

Why should you learn either or both of them? because they are the core for the main Web Frameworks out there, for sure you have heard about these:

The list of web frameworks aforementioned is built on top of either, Javascript or Python. Having a robust base will help you to understand how to tackle an obstacle, or at least will give you a hunch, also will allow you to move from one framework to another easier.

What can I find when starting in a new project?

Nice!, all the heavy lifting related to the styling ready to be used!

Why should I care when it is only plug & play?

Well, because you do need to know the small hacks that could spare some precious time for you and your team!; for instance how to declare a variable, a mixin, the corresponding breakpoints, even adding a media query changes a little depending on the framework. Also, you need to know your preprocessor for avoiding duplication of classes, how to apply specificity(in the right way), writing less and getting more.

What is a design system?, well as I exposed in a previous post, this is a converging point for different areas, which has 3 fundamental goals:

Source: My Vue Experience after 3 projects in 1.5 years

Why should I remotely care about other areas such as UI/UX?

Because nothing last forever, you could be so comfortable in your current project, with a design system already defined that you just use, and tomorrow you loose the client, the account is abruptly finished, you had a discussion with a stakeholder and you are expelled, then you move to another project, and you are asked to start working from scratch.

Wouldn't it be better to start fresh with some knowledge than with no knowledge at all?, well you should care about this point since it is easier to talk with the UI/UX person in charge of defining the Design System when both understand what's going on, the pros and cons, the different approaches, the changes, discussions, and agreements are easier when both areas are on the same page.

TIP: Among the best tools for accomplishing this sync up is Storybook, if you are not familiar yet, you could give it a try, thanks me later.

What are the unit testing tools you are more familiar with?, let me guess:

Why all his hype with the unit testing when you know you did it in the right way?

A well performed unit testing is a relief, and can help to have a high coverage, also help the next dev to understand faster and better, even you can understand better the code when writing the unit tests.

TIP: Maybe you would like to take a look at Husky, this little fellow has some awesome features, for instance, you can set the rules for writing the commits your historical will have, also you can run all the tests before committing, when all tests success it allows the addition, otherwise it does not commit.

What are some of the responsibilities DevOps and Automation people have in your project?:

Why is it important to know about these processes when there is a person in charge of it?

Because sometimes the DevOps, Automation and Dev are the same, it is a bad practice(from my perspective), but how could you be sure this is not gonna happen to you sooner or later?, if so you better rise the flag, but some other times you could be unblocking your own team, let me elaborate.

DevOps and Automation Testers are human beings too, these persons can have PTOs, sick days, appointments, capacitations, for any number of reasons can be out of work, in case of issues, what would it happen?, is your team ok with the fact to wait from 1 to several days before a fix is done in pipes or releases?, knowing about devops and automation processes can help to unblock not only your team, also others(in case you do have granted permissions, otherwise, you'll have some free time to read a book or take a couple courses)

TIP: there are plenty of platforms for working and understanding CI/CD, you can check for instance GitHubActions, TravisCI, CircleCI before jumping to Azure, AWS or Jenkins

What are those libs, patterns or packages you have heard of?:

Why should I know any of those when http, services and local storage are available?

Well, because sometimes you will not be handling small apps/sites, when starting a client project, or even one on your own, keep in mind always the scalability of the project; local storage and its derivatives are an option, but a state manager for a SPA could be a better option. Adding new features involves add new setters, getters, actions, services interacting to each other, the final goal is to keep up to date the state for as long as the user has a session, hit the DB as few as possible and display required info in the fastest way.

Why should I know something other than SPA?, What could they aport to my experience?

Maybe you are used to write a SPA for every single scenario, but what if I told you that there are some other valid approaches for fulfilling a client expectations?

Not everyone needs a SPA, maybe the client needs a particular feature for holding a blog post, or a wiki, which changes every once in a while, or barely changes at all, would not it be better a Static Site?, maybe a Server Side Generator does the job with a better performance, Gastby?, VuePress? those are valid options!

Or even better, the users need to interact with the page, and needs a better SEO positioning, what about a Server Side Rendering?, Nuxt or Next could be a better approach(yes, we'll always have WordPress, up to you)!

Perhaps you cant decide the right approach because you dont know the difference between them, well for being/opting to a Senior position you should, this is part of the tech conversations you could be holding with a stakeholder, a Product Owner, or some other peers when deciding what's the best for business. You can read a bit more bout the differences here

Why is Rest always on the table?, What is this trend for Graphql when I already master Rest?

The only constant is the change, even more in technology; some years ago, there was something called SOAP, the most used way to interact with http request/responses in xml format; later we had(and still have) Rest has been hanging around for a while, the days of interacting with XMLs are over(for most of the devs out there), plenty of services rely on Rest now; Graphql is the new member of the family, even though it is not a protocal, instead a query language, makes the API interaction cleaner, it is easy to learn and use, and has a lot of support, so better start learning now!

Build Process: Under the hood

Why should you know what happens in the backstage?, is not enough knowing What are the steps to follow?

Errors during the building phase of an application are not odd, in fact, several times they are expected, knowing about the process under the hood can give some guidance related to the issues and how to fix them; also what if the client complaints about a lot of console errors, the performance of the page is too low, the build takes a lot of time to get deployed, all of these could be part of a lack of knowledge in the process of building and deploying.
Required flags, changing the build environment, optimize the build, tree shaking the build, handling alerts on the build size, all of this needs to be covered; learning about Webpack and Rollup could have a big impact in your next deploy.

As shown above, there is a sort of gap between the what is required for being/opting-in for a Senior position and why it is required; it is not the fact to be an expert in all the areas, but reading and practicing a bit will help you to sharp the skills and when the time comes it gets easier to fit in in a project!

Once suspended, crisarji will not be able to comment or publish posts until their suspension is removed.

Once unsuspended, crisarji will be able to comment and publish posts again.

Once unpublished, all posts by crisarji will become hidden and only accessible to themselves.

If crisarji is not suspended, they can still re-publish their posts from their dashboard.

Once unpublished, this post will become invisible to the public and only accessible to crisarji.

Thanks for keeping DEV Community 👩‍💻👨‍💻 safe. Here is what you can do to flag crisarji:

Unflagging crisarji will restore default visibility to their posts.