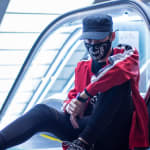 With Hacktoberfest I decided to revisit this project and start to make it into something useful. When doing simple API tests I find myself often repeating the sames tasks.

The idea of Vestigo is to have a one tool that does all this with ease.

Since the last update on Vestigo on dev.to there have been a few updates to the Scan command. It will now save reports in HTML and MD.

Those reports will be saved on the user profile ~/.vestigo

The scan comes with a whois module

v0.5.0 introduces the ports command which lets you portscan a target that is either an ip or a domain.

As of now only TCP scan has been integrated. But I plan to add UDP + reporting for this module.

I also want to add the possibility to try to curl the ports that possibly have a webserver. And in the future be able to detect the stack (wordpress, react, etc.)

The project is open source and on github so anyone wanting to participate in the development of this tool don't hesitate to open an issue based on the TO-DO list in the README.md with what you would like to tackle.

I hope this project can help many and that it can find some support and love.

A tool for exploring and investigating APIs and websites.

A tool for exploring and investigating APIs and websites.

You can install it globally with:

Then run the tool

As of now reports will be saved at:

Vestigo will by default generate a mardown report. You can use parameters to set the report format to HTML.

To run the tool in dev mode use:

Typescript: It's not actually validating your types.

Once suspended, crimsonmed will not be able to comment or publish posts until their suspension is removed.

Once unsuspended, crimsonmed will be able to comment and publish posts again.

Once unpublished, all posts by crimsonmed will become hidden and only accessible to themselves.

If crimsonmed is not suspended, they can still re-publish their posts from their dashboard.

Once unpublished, this post will become invisible to the public and only accessible to Médéric Burlet.

Thanks for keeping DEV Community safe. Here is what you can do to flag crimsonmed:

Unflagging crimsonmed will restore default visibility to their posts.