Have you ever wanted to lint your open source repository for common issues at build time... such as a missing LICENSE, SECURITY.md CONTRIBUTING.md or even absent source license headers? There is a tool built by the TODO Group called repolinter that tackles this problem:

To run against a directory, add it to the command line npx repolinter /my/code/dir.

To run against a git repository, use the --git option: npx repolinter --git https://my.git.code/awesome.

You can also run Repo Linter locally by cloning this repository and running bin/repolinter.js with either a directory of a git repository the same as above. This is useful during development.

To quickly get started, checkout this repository and run npx repolinter against itself.

It's as simple as running 'npx repolinter' against a repository: 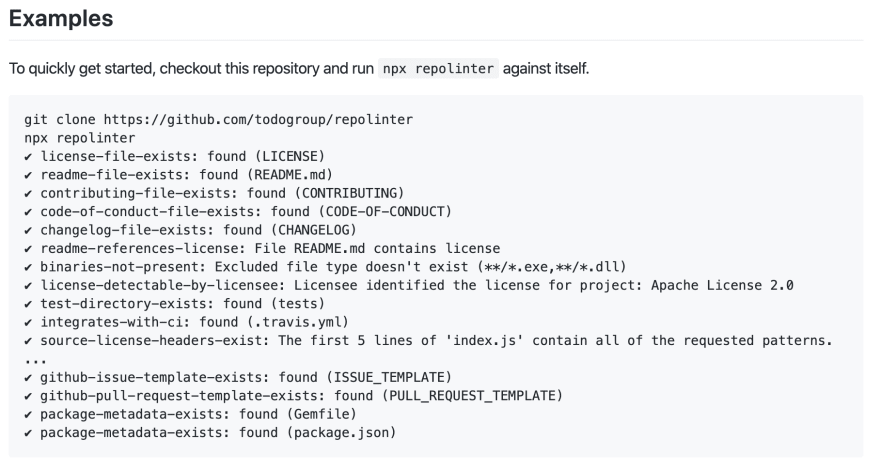 You can decide what rules to run against your repository: 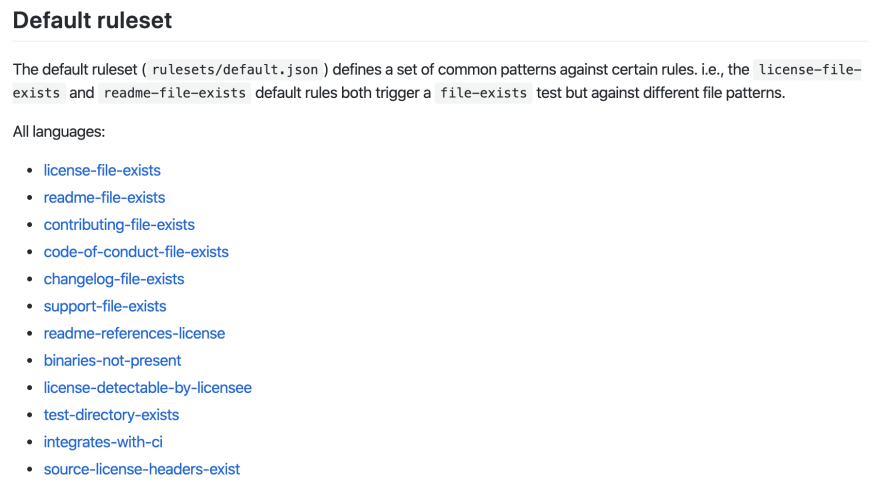 You can also build custom rules for your project, for example, this pull request added a rule to check for security policies (SECURITY.md): 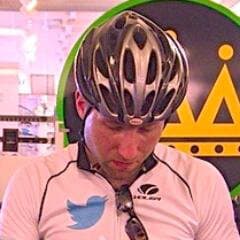 If you have ideas for more rules, please contribute them to the project.