React is a JavaScript library that lets you create a prime UI for both mobile and web applications. It integrates seamlessly with other JavaScript frameworks and libraries and includes small, reusable pieces of code, called components. Due to their high modularity, React component libraries not only optimize UI development but also provide extreme flexibility.

React libraries not only help us create functional and impressive-looking applications, but they allow us to do so more quickly, easier, and with less code than other libraries. Here, I'll explain how you can start integrating each of these libraries into your projects from scratch and get started using them.

Here are a few React libraries that would be a great addition to any React project in 2021 and beyond.

Learn React.js online from the best React.js tutorials recommended by the programming community.

The process of fetching data with React usually involves a lot of code. With React Query, you can reduce the amount of code you write when making network requests. Using the hook useQuery, we can replace all the React code we had to write before. It provides us with all of the data that we require without having to declare a state variable:

Nevertheless, making data retrieving easier only covers a small portion of what React Query does. Its tremendous power lies in its ability to cache (store) requests that we make. As a result, in many cases, if you have already requested something, you just need to read it from the cache rather than making a separate request.

This is extremely helpful since it reduces the repetition we have in our code, reduces the load we put on our API, and streamlines the management of our application.

When it comes to making impressive-looking React apps, Ant Design is one of the best libraries for React. It allows us to quickly style our applications with the help of pre-made components. Ant Design very definitely offers any form of component you can think of to incorporate in your React app interface and design.

Using a component library like Ant Design shortens our development time by lowering the number of frequently inconsistent styles we must write ourselves. Furthermore, these pre-made components offer functionality that would be difficult to construct from scratch, such as a common modal or tooltip.

If you're thinking about building an app today and need a good component library, my advice would be to go for Ant Design.

Create-React-App is a CLI tool that does not require building configuration. With it, you can easily create your own boilerplate and begin app development smoothly. Hence, there is only one dependency to deal with, and thus there is no additional complexity. This CLI tool is more suitable for simple web apps, as it has underlayers of Webpack, Babel, EsLint, etc. 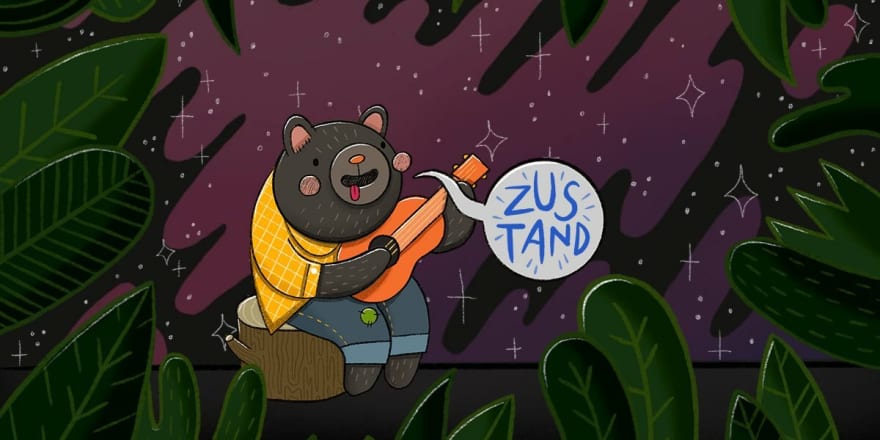 If you're searching for a library that combines the functionality and power of Redux with the simplicity of React Context, you should check Zustand. It's quite simple to get started with Zustand.

Zustand is a small, fast and scaleable bearbones state-management solution. It entails utilizing the create function to build a specialized state object that includes any state values and update functions as needed.

Furthermore, no context provider is required to provide your state to your app components. All you have to do is construct a slice of state, call it a hook, and accept whatever state variables and methods you've declared on the object within your React components.

Immer is the ideal companion for Zustand!

React Bootstrap is one of the greatest React component libraries, with over 19.3k stars and 3.1k forks on GitHub. It totally replaces bootstrap JavaScript with React. Each component is designed in the React component style. This means that unneeded libraries such as jQuery are no longer present.

The React component model allows us more control over each component's form and function. Each component is designed with usability in mind. The result is a collection of components that are accessible by default, in addition to what is achievable with standard Bootstrap.

Material UI is regarded as one of the best React libraries, containing all of the material design features for usage in your React project. On GitHub, it has over 67.8k stars and 21.6k forks.

No worries if you're not much of a designer. Material UI provides a range of themes from which to choose for your website. There is ample documentation, so you can always locate what you need if you get stuck.

React Hook Form is a simple hook-based library that allows for simple data validation. It is substantially faster than other alternatives, according to their benchmark. React Hook Form's use of hooks makes it feel incredibly natural. It also uses refs (i.e. uncontrolled inputs) to retrieve values from your fields, making it standard javascript.

Created with Typescript, it helps create a form data type, to support form values. By using this library, your form becomes error-free, reducing the rendering time to an eternal extent. Furthermore, you can integrate and use it with the state management libraries of React.

Based on the Styled System library, Rebass is a tiny UI components library capable of creating a very powerful set of theme-able UI elements. There are only 8 foundation components in this super-small file, all of them designed for responsive web design.

Using its inbuilt ThemeProvider, you can extend into custom UI components for your app using the components' styled system. You should check out Rebass if you don't want to rely on component libraries completely and would like to extend an existing one during development.

React Router is one of the greatest component libraries for making navigation in a single-page app simple for developers. Not only that, but the library also provides smooth screen-to-screen transitions, server-side rendering, and vibrant nesting support.

If you're building an application with React, it'll be helpful to have certain components that you can combine declaratively. React router is a compilation of such components.

Semantic UI React is the official React integration for Semantic UI. It is a jQuery-based library that adds additional functionality to your pipeline. This project uses JSX code to directly define its components and bind them with React's component code.

The library comes with numerous pre-built components designed to make sense of and produce semantically friendly code. With over 10.6k stars on GitHub, it is a well-known react component library.

One of the most popular state management libraries is Redux. With 20.9k GitHub stars and 3k forks, Redux also belongs to the category of best component libraries. Despite being made specifically for use with the library components of React UI, it can also be used with other frameworks such as Vue, Angular, Ember, and others.

Redux reduces the need for props and callbacks by connecting React components to pieces of state. It is often called the developer's best friend. Redux is an eco-friendly library and it will help you write consistent code. Additionally, you can edit your code while your app is live. React Native has an official Redux library called React-Redux.

While media queries have traditionally been used in CSS stylesheets to hide and display different elements, React Responsive is the finest React-based toolkit for managing the visibility or styling of React components.

React-responsive enables the creation of media-query components in React. This is extremely useful when you want to render or remove specific items in the DOM based on screen size.

It comes with a set of layout components such as Box and Stack that let you style any component by passing props. What I like about Chakra UI is that most of its components are dark mode compatible.

Styled components are one of the latest methods by which React allows component-level styling of applications by combining JavaScript and CSS using the CSS-in-JS technique. In other words, it also serves as a successor to CSS modules. By elevating the visual style of components, this initiative aims to improve the user experience. Therefore, React has become more flexible in implementing customized frontend UIs. 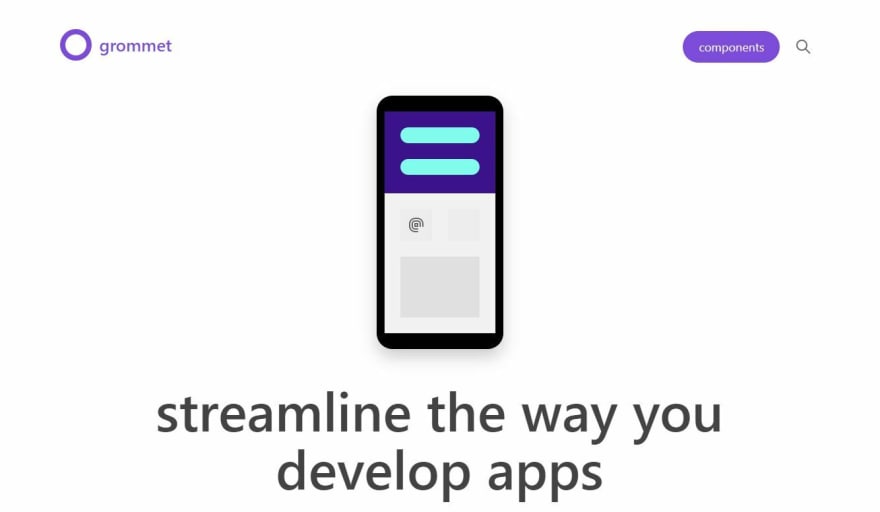 Grommet is a React-based framework that offers accessibility, modularity, responsiveness, and themes in a neat package. With Gromet's easy-to-use component library, you can create responsive and accessible mobile-first web projects. Grommet's best feature is that you can easily integrate it into existing projects or create new ones with it.

It supports W3C's WCAG 2.1 specification and provides accessibility via keyboard or screen reader. Many big names, including Netflix and Boeing, use the service.

Fluent UI, formerly Fabric React, is another great UI library created by Microsoft. This interface has features similar to office products, such as behaviors and graphics. With its compatibility with Desktop, Android, and iOS devices, the UI library is used by Microsoft sites, such as Office 365, OneNote, Azure DevOps, and many other Microsoft products.

With its prebuilt components, it can be used to develop almost any part of an application, and it follows Microsoft's Office Design Language. Consider using this if you're creating a web app with an office-like UI.

Created by developers at Segment, Evergreen is a React UI Framework for building ambitious web products. Every aspect of Evergreen's design is simple, intuitive, and light. Evergreen's detailed explanations of its design decisions are among its best features. You can use it to quickly create elegant user interfaces.

If you have made it this far, then certainly you are willing to learn more about JavaScript. Here are some more resources related to JavaScript that we think will be useful to you.

Those were the 17 Best React Component Libraries for 2021. Let us know your favourite in the comments! 👇