Today we will customize our screenshots.

On linux, almost each distro include a cool soft to make screenshots, e.g. on xfce (xubuntu), I have xfce4-screenshooter. 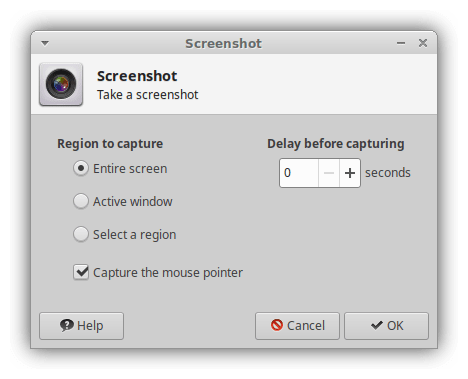 It may sound cool to think "hey can I add some smooth drop shadow to this screenshot ?", and it is indeed a good idea to share good-looking screenshots.

Well, first, let's be sure that nobody ever thought about it.

Uh, someone may have ever thought about the concept of adding cool drop shadow on an image on linux using the command line. 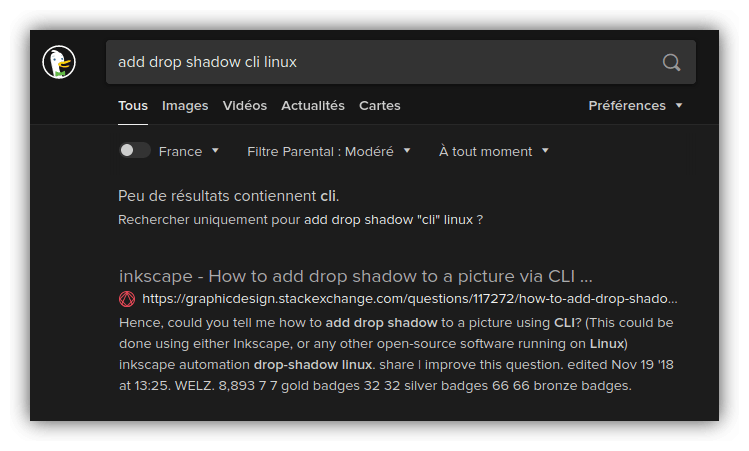 Uh. Maybe someone have already thought about that.

I would recommend the ultimate command line tool for bitmap manipulations: ImageMagick.
It should be available through your distribution repositories. This tool comes with many effects, including generating a drop shadow.
This is basically done with the convert -shadow option but you then need to combine the generated background image again with the original. This can all be done in a one-line command using -layers merge option:

He uses the command above, with convert, then using +clone -background black and -shadow percent-opacity{xsigma}{+-}x{+-}y{%} and a +swap -background none -layers merge +repage. Is it clear ?

Fortunately, we don't have to fully understand what all this text says, because ImageMagick will understand this correctly and will output a cool looking shadow behind our src image.

How to add the previous command to a very simple workflow (screenshot page, add it to clipboard -> add shadow to image in clipboard) ?

I already have my screenshot inside my clipboard at the end of the screenshot page, add it to clipboard phase. That's nice.

All I have to do is:
1) Save my screenshot into a file
2) Use the convert command
3) Save the result in a file
4) Copy the file content inside my clipboard
5) Remove the saved file to only keep my clipboard content

And it's pretty easy.

I wrote this script, which essentially does every step and is working flawlessly:

I already put the xfce4-screenshoter shortcut in my topbar, and that's what I did for my script too! 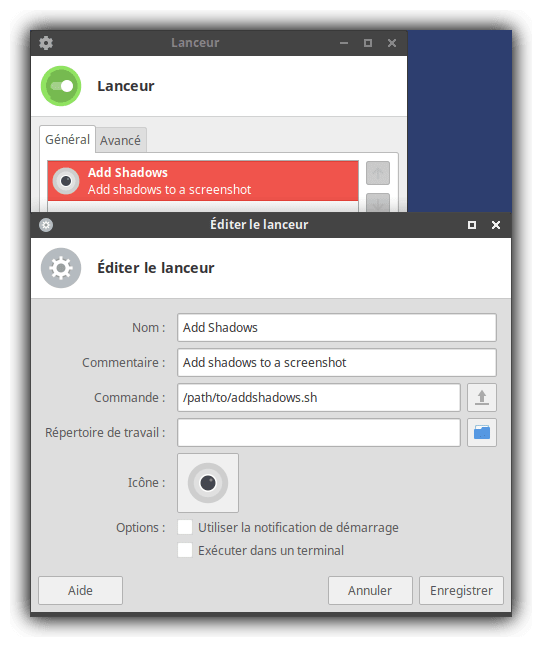 XFCE docs have a very good article about launchers, so I think I will let you discover this if you want to.

I added a nice icon in order to recognize it on my topbar:

So now our workflow is :
1) click the (xfce4-)screenshot button

3) paste our image somewhere on the web and share it

7 - But what if we want to launch it using a keyboard shortcut only ?

This example is gonna use flameshot, a great screenshot tool.

We need to update our script, and to add a new keyboard shortcut.

As you can see in the source code, we just replaced the line where we save an image from our clipboard by the flameshot command (that will then save a screenshot.png file), and we added full paths of files (the script will be launched from ~, so it will need to know where to find/save the images).

Here's the command that you need to bind to a keyboard event:

Fortunately, it's very easy to add a new shortcut using xfce (and any other linux distro). 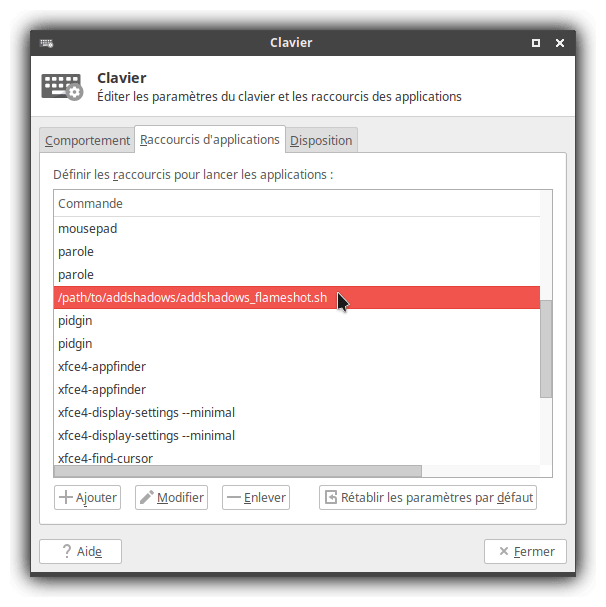 You now just have to push a key to enter the screenshot-mode of flameshot, and then a shadow will automatically be added to your image!

All the screenshots on this page are using this trick, but here it is:

Edit: made a slow-mo on this short video to show the creation of the files (and their deletion) :)

Thank you for reading this article!

Have fun with screenshots using a powerful tool and adding pretty shadows :)

Ubuntu is harder than Arch