A lot of developers are interested in the value proposition of blockchain technology. Whether it's the fact that it's tamper-resistant, perpetually immutable, or not controlled by a single party, numerous exciting features differentiate these append-only data structures from traditional databases. However, developers often misunderstood how they would use them within existing applications or businesses in place of, or in addition to, something like a database.

One of the most potentially useful ways that developers can use blockchain is as a single point of truth for data provenance - meaning, understanding the origin and content of data. Specifically, through the use of standard cryptographic techniques, like secure hashing algorithms, e.g. SHA-256, and concepts such as Merkle Trees, developers can use blockchain to prove the historical contents of their database, without actually exposing any of that data to the public.

By utilizing these standard cryptography techniques, developers (and even potentially end users) can independently verify what data was in a database at any given point in time. Perhaps an excellent concrete example would be to prove to users that information had been deleted to abide by privacy regulations like GDPR, or for accounting purposes, showcasing who owns what resources in cyberspace - like a bank account balance or game ranking.

These are just a few of the reasons that I'm excited about a new type of database service called ProvenDB. At the core, it's an easy to use version of MongoDB (or available to leverage via APIs) that anchors cryptographic proofs onto public blockchain networks, like Bitcoin, Ethereum, or where I work, at Hedera. 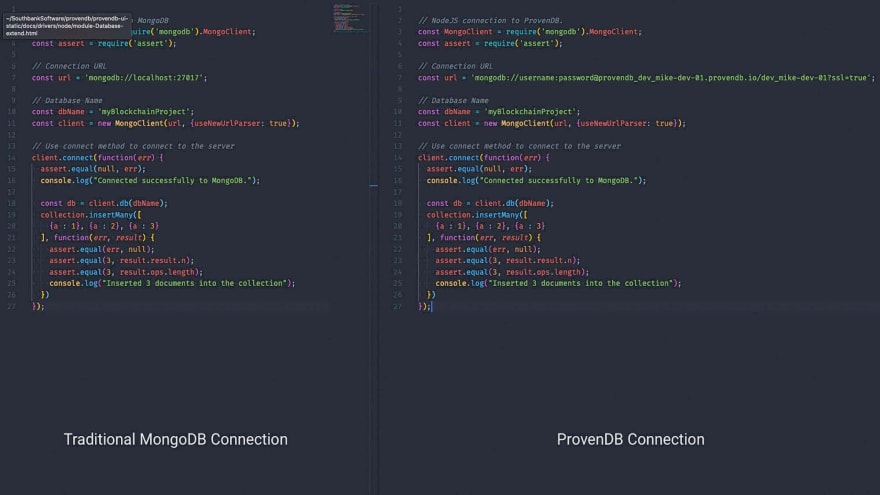 With ProvenDB, it's incredibly easy to get started with and see the value proposition blockchain provides. You can use it as you would MongoDB or any other document-based storage, or any other API service, but with all the goodness you would want from a blockchain. It's seriously cool!

Check out this demo from ProvenDB's CTO, Guy Harrison.

If you're curious to try out ProvenDB and get started adding blockchain technology into whatever you're building, you can quickly sign up here.

You can also learn more about ProvenDB and why it leverages the Hedera Hashgraph public network in this podcast episode that I recently recorded with Guy. Let us know if you have any questions!

What is Bitcoin and How does it work?