Redesigns can be risky - just ask Snapchat. When their redesign went live in 2018, users were unimpressed. There will always be users averse to change and you cannot please everyone. Staged rollouts, however, can be used to manage and minimise backlash.

Suppose we have created a new direct message feature for our existing photo app. Using ConfigCat’s management console, we can create a flag to enable and disable this feature. 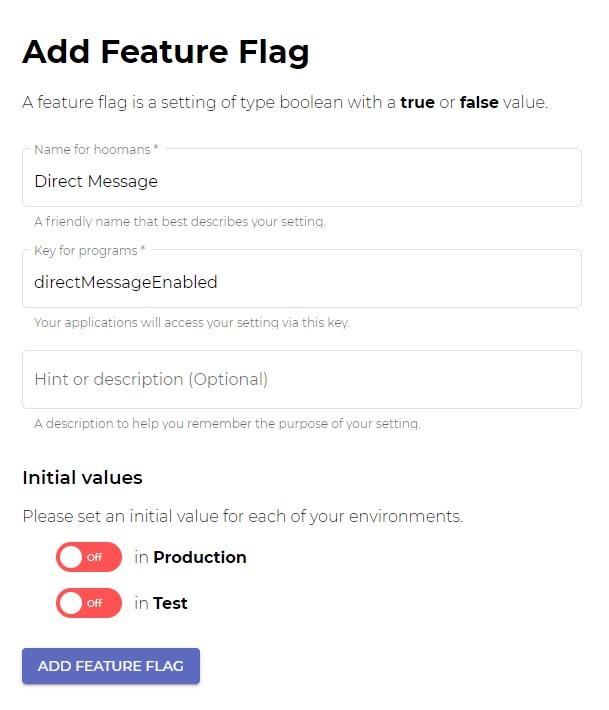 We can then create a ConfigCat client in our python application. Using the feature flag key generated above, we can get the boolean value and use it in a conditional statement.

Let’s roll out the update internally, this can be done by filtering on email addresses.

Once we’re happy, we can release the feature to beta testers. ConfigCat allows us to create custom attributes for users. We can define an attribute ‘user_type’ and set it equal to ‘beta’ to identify beta testers.

The attribute ‘user_type’ should be included when user objects are instantiated.

We can then filter in all beta testers.

Once we are ready to go live, it may be a good idea to release the feature to the public in stages, on the off chance something goes wrong. Sensitive users have been identified as the most at risk, it’s probably best to leave them for last. Let’s exclude sensitive users and target a portion of the remaining user base.

Let’s include all the remaining users.

And finally, let’s enable the feature for sensitive users

It’s worth noting, ConfigCat also allows for more than just boolean type comparisons. Navigate here for more information on the Python SDK and other documentation.

Automating the Deployment of Infrastructure in Google Cloud Using Terraform

Once suspended, configcat will not be able to comment or publish posts until their suspension is removed.

Once unsuspended, configcat will be able to comment and publish posts again.

Once unpublished, all posts by configcat will become hidden and only accessible to themselves.

If configcat is not suspended, they can still re-publish their posts from their dashboard.

Once unpublished, this post will become invisible to the public and only accessible to Nichole.

Thanks for keeping DEV Community safe. Here is what you can do to flag configcat:

Unflagging configcat will restore default visibility to their posts.