You know when you get to learn new things and sometimes you learn them from interns?

I mentored a few interns during my career (since ~2007) and most of them were pretty standard-scared-little interns.
I don't mean this in a bad way, or to demean anyone; as an intern is how I started, and looking back.... I am now wondering how I was as an intern ¯_(ツ)_/¯ [1]

Anyway, there was this one guy who taught me a few tricks, and looking back he is [at this point in time] the best intern I've had.
Sure, he was hasty [as some interns are], tried to finish things really fast, only to see it fail in a CI build. But I know that I was about the same in this respect.

So, what I learned from him are [in a random order]:

Ok, so point 3 is what this article is about, because I never really gave this much importance.

So, on this, what I learned from the guy is:

An example of how it looks on my page now is: 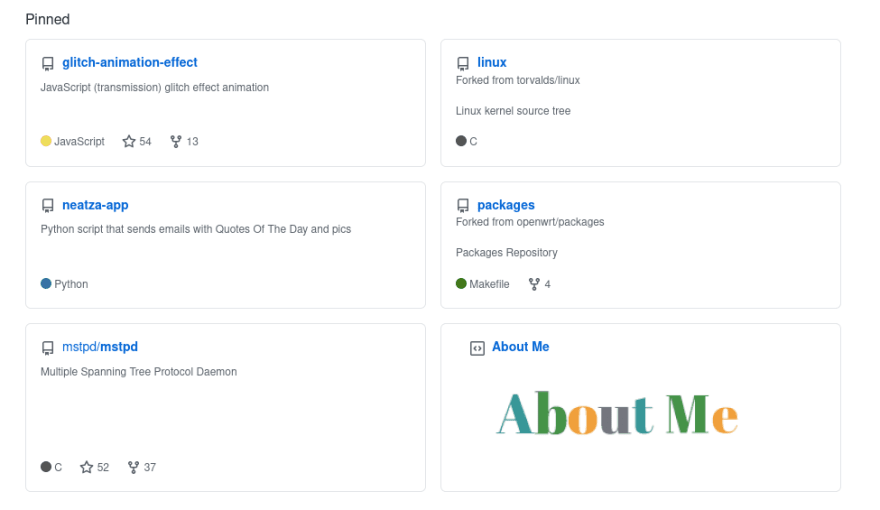 Essentially what happens is that the image from the gist (when pinned) screams pretty loud on your profile page, which may be something that someone would want. I don't know... what do I know? :p ¯_(ツ)_/¯

You can also fork these gists, I also forked this one from someone else's and modified it.

Turns out gists are git repos as well. You can clone, modify and push back to Github. Who knew?

Uploading a file through Swagger in Quarkus

Once suspended, commodo will not be able to comment or publish posts until their suspension is removed.

Once unsuspended, commodo will be able to comment and publish posts again.

Once unpublished, all posts by commodo will become hidden and only accessible to themselves.

If commodo is not suspended, they can still re-publish their posts from their dashboard.