I love how Microsoft's Python and Debugger for Java extensions make testing Python and Java code as easy as pressing a single key (F5, to be more specific). I used to use Code Runner for running my Node.js apps, but I hated how it added an extra context menu item for running Java and Python code. Since the Microsoft extensions already add their own context menu items, I felt that Code Runner's addition was redundant. Eventually, the extra item annoyed me so much that I uninstalled Code Runner and began using the command line to run my Node.js apps. 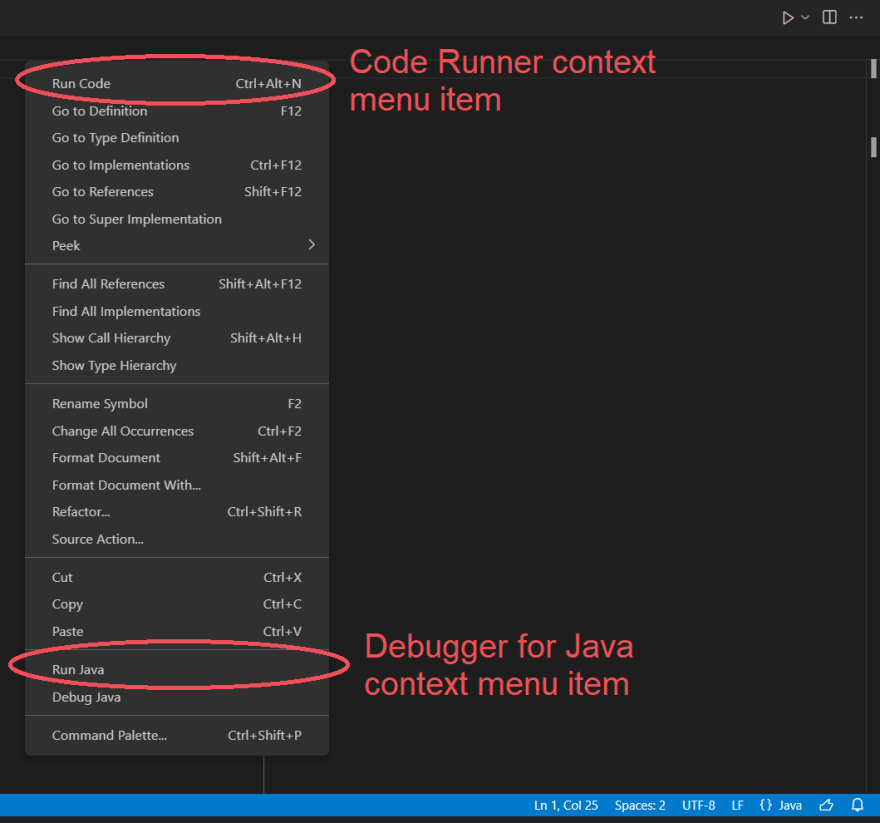 Little did I know that there was an easier way in front of me the entire time. In fact, it comes with every copy of VSCode! It turns out that VSCode comes with a built-in extension for running and debugging both Node.js and browser-based JavaScript. That's right, it was literally in front of me all along!

In this article, I'll teach you how to use VSCode's built-in JavaScript debugger to run your Node.js apps.

Okay, So How Do You Run Them?

This tutorial has two parts. The first part teaches you how to run your Node.js apps in the debugging console, and the second part teaches you how to run them in the integrated terminal. Even if you never plan on using the debugging console, you should still read the first part of the tutorial because the second part builds off of it.

Create a New GitHub Repo in 1 CLICK from VSCode

Why Boot.dev is Not Completely Free

Once suspended, colinintj will not be able to comment or publish posts until their suspension is removed.

Once unsuspended, colinintj will be able to comment and publish posts again.

Once unpublished, all posts by colinintj will become hidden and only accessible to themselves.

If colinintj is not suspended, they can still re-publish their posts from their dashboard.

Once unpublished, this post will become invisible to the public and only accessible to Colin Fiedorowicz.

Thanks for keeping DEV Community safe. Here is what you can do to flag colinintj:

Unflagging colinintj will restore default visibility to their posts.