In this review, we’ll examine the BitBox02, the latest Bitcoin and crypto hardware wallet by Shift Crypto, the Swiss hardware security company. They are not as well known as their competitors Ledger or Trezor but founded in 2015 by Jonas Schnelli and Douglas Bakkum in Zurich when there were no hardware wallets.

The promise of hardware wallets is to keep your private keys away from online devices (so no virus can steal them). And let you securely verify addresses and transaction details so that you don’t need to trust the software on your computer. The BitBox02 does that well.

You mainly interact with the BitBoxApp, and the BitBox02 shows you sensitive details on its screen to check and confirm. The keys never leave the device: if you want to send Bitcoin or other cryptocurrencies, the BitBoxApp creates an unsigned transaction, sends it to the hardware wallet for user verification and signing, gets the signed transaction back, and broadcasts it. This assures that no virus on your computer can steal your keys or divert a transaction.

The BitBox02 comes in two versions: the standard version that supports Bitcoin, Litecoin, Ethereum, and over 1500 ERC20 tokens. But there’s also a Bitcoin-only edition that promises increased security due to a minimized attack surface because the firmware itself is stripped of everything but Bitcoin-support. 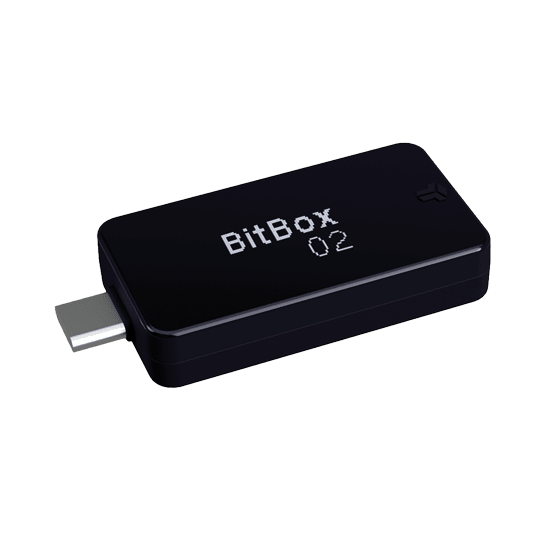 The BitBox02 is a small hardware wallet with a screen. It connects to a computer or Android phone using USB-C (an adapter to regular USB). It does not have any buttons but uses touch sensors that allow multiple gestures like tapping, sliding, or holding to interact with the device. You can use it connected directly to the device or with the USB extension cable that’s also in the box.

To set it up, download and install the BitBoxApp from here. When started, a setup wizard lets you create a new crypto wallet. The process is relatively quick because there’s no need to write down the customary 24 words. The BitBox02 has an integrated microSD card reader to create the wallet backup directly to the included SD card. You can export the 24 words later, such as creating a paper backup or engraving it into a steel wallet, but it’s not required.

We like that everything you need is in the box, no need to buy any accessories to get started. The native BitBoxApp on Android, which covers the full functionality, even firmware upgrades, is also great.

Compared with Trezor, we particularly like that the BitBoxApp is a real application (either desktop or Android) and not a web wallet. However, the screen on the Trezor is definitely nicer to look at because it’s larger and in color. The magnetic holder of the Trezor is also pretty neat.

Compared with Ledger devices, the screen on the BitBox02 can fit more information. Once you get used to it, the touch sliders allow for a more comfortable interaction than the two buttons on the Ledger.

The BitBox02 does not support as many coins as Ledger or Trezor. For example, it lacks support for Tezos, Stellar, or Ripple. As with the other hardware wallets, some coins are supported directly in the app but require you to use a third-party wallet like MyEtherwallet. Depending on your needs, the support of Bitcoin, Ethereum and 1500+ tokens might be enough, though.

Interestingly, the BitBox02 also comes in a Bitcoin-only edition, with all other coins stripped out. According to Shift Crypto, that means less code and less potential for bugs or other attacks.

A hardware wallet is a security device. Here, the BitBox02 shines with unique security architecture, combining fully open-source firmware with a secure chip. The team also provides reproducible builds, meaning that anyone can compile the source code and get the exact same executable binary file. They also run a bug bounty program to encourage independent reviews of the code and hardware.

Compared with Ledger, we like that both the BitBoxApp and the firmware are open-source and can be audited by anyone. The BitBox02 uses a secure chip, but the device itself is not certified like the Ledger devices are.

Compared with Trezor, the fact that the BitBox02 protects against physical key extraction is a huge plus. Since 2019, it is known that private keys can be extracted from a Trezor by a skilled thief, as demonstrated by Ledger and Kraken, so the users are forced to use an additional passphrase. On the upside, Trezor’s fully open-source code is also reproducibly built. It does have additional features like SSH and a password manager. 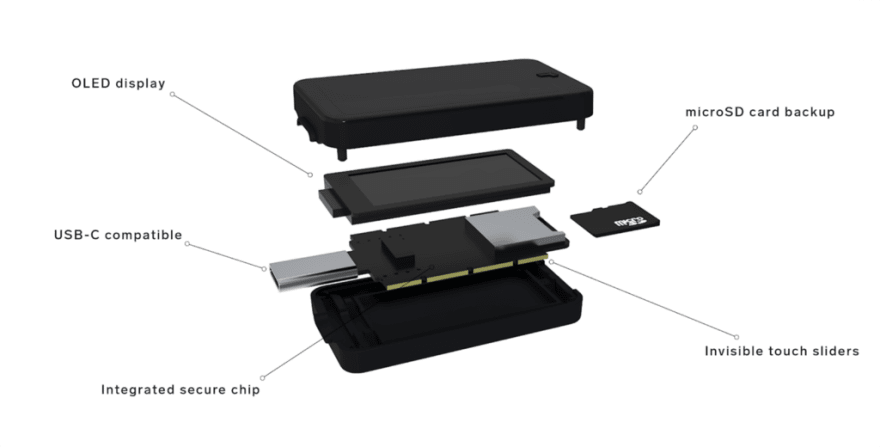 It seems the Swiss are really privacy-minded. They support connecting the BitBoxApp to your own Bitcoin full node to avoid talking even to their own company servers. More advanced features like Coin Control and support for the Tor network are also not standard among hardware wallets. The BitBox is also the only hardware wallet that consistently uses end-to-end encryption for all communication, even when the BitBoxApp talks to the USB device.

Compared with Trezor and their current web wallet, there’s actually no comparison. To use a Trezor in a private manner, it needs to be used with a third-party wallet like Electrum or Wasabi.

The Ledger Live software is currently adding features like Coin Control. There are ways to avoid connecting against the Ledger servers, although not as easy. In combination with a third-party wallet, this is, of course, equally possible.

The BitBox02 is not as well known as the other two big brands but does not need to shy away from comparison. It does not support as many coins but checks the essentials. With the Bitcoin-only edition, it caters directly to a particular target audience.

Security and Privacy are the two areas where the BitBox02 can take a comfortable lead against the two incumbents, and its Swiss origins definitely show through.

If you need a secure place to store your bitcoin or other supported cryptocurrencies, the BitBox is an excellent option.

Where to get it

It’s best to directly get security-critical hardware from the manufacturer and Shift Crypto ships worldwide through their own webshop at shiftcrypto.shop. The shipping costs even include all your import taxes.

If you prefer to shop locally, they have a long list of resellers all over the world.

Timezone list library in angular with standard format as mention below