This will be four-part series in which we will learn about TDD in Flutter.
Part II here
Part III here
Part IV here 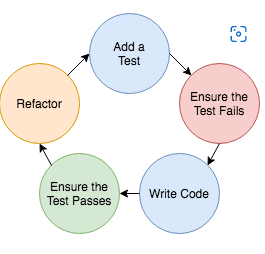 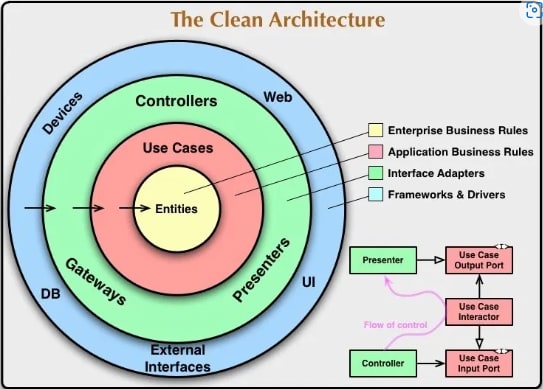 It produces the system that is:

In clean architecture, codes are divided into layers. Inner layers are independent of the outer layer and changes can be made to the outer layer without ever touching the inner layer. It follows the **Dependency Rule. This rule says that source code dependencies can only point inwards. Nothing in an inner circle can know anything at all about something in an outer circle. Here it contains four layers:

Entities encapsulate Enterprise-wide business rules. An entity can be an object with methods, or it can be a set of data structures and functions. It doesn’t matter so long as the entities could be used by many different applications in the enterprise.

The outermost layer is generally composed of frameworks and tools such as the Database, the Web Framework, etc. Generally, you don’t write much code in this layer other than glue code that communicates to the next circle inwards. 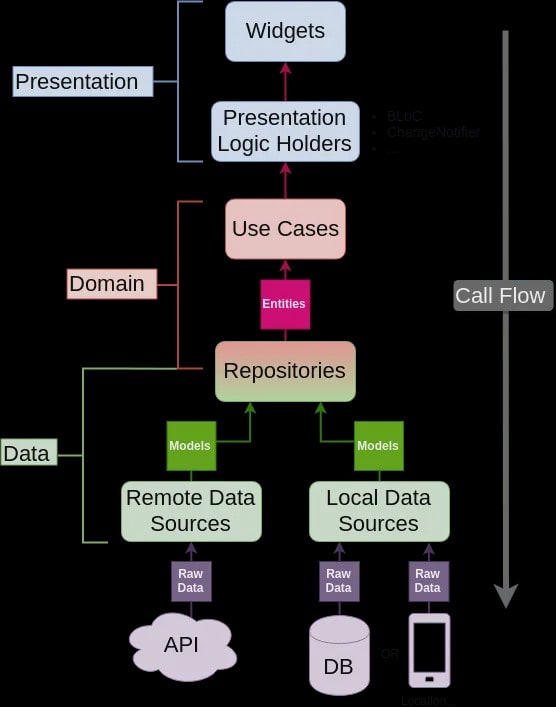 To make things clear and Flutter-specific, we are using Reso Coder’s Flutter Clean Architecture Proposal. It consists of three layers :

It is the inner layer that shouldn’t be susceptible to the whims of changing data sources or porting our app to Angular Dart. It will contain only the core business logic (use cases) and business objects (entities). It should be totally independent of every other layer.

The data layer consists of a Repository implementation (the contract comes from the domain layer) and data sources — one is usually for getting remote (API) data and the other for caching that data. A repository is where you decide if you return fresh or cached data when to cache it and so on. 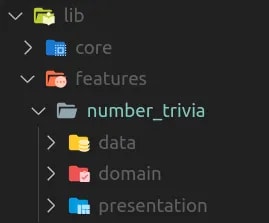 In this post, you learn a little bit about test-driven development and clean architecture. For more, head on to part II.

How to Integrate Firebase Crashlytics in your Flutter App

Once suspended, codingmountain will not be able to comment or publish posts until their suspension is removed.

Once unsuspended, codingmountain will be able to comment and publish posts again.

Once unpublished, all posts by codingmountain will become hidden and only accessible to themselves.

If codingmountain is not suspended, they can still re-publish their posts from their dashboard.

Once unpublished, this post will become invisible to the public and only accessible to Safal Shrestha.

Thanks for keeping DEV Community 👩‍💻👨‍💻 safe. Here is what you can do to flag codingmountain:

Unflagging codingmountain will restore default visibility to their posts.