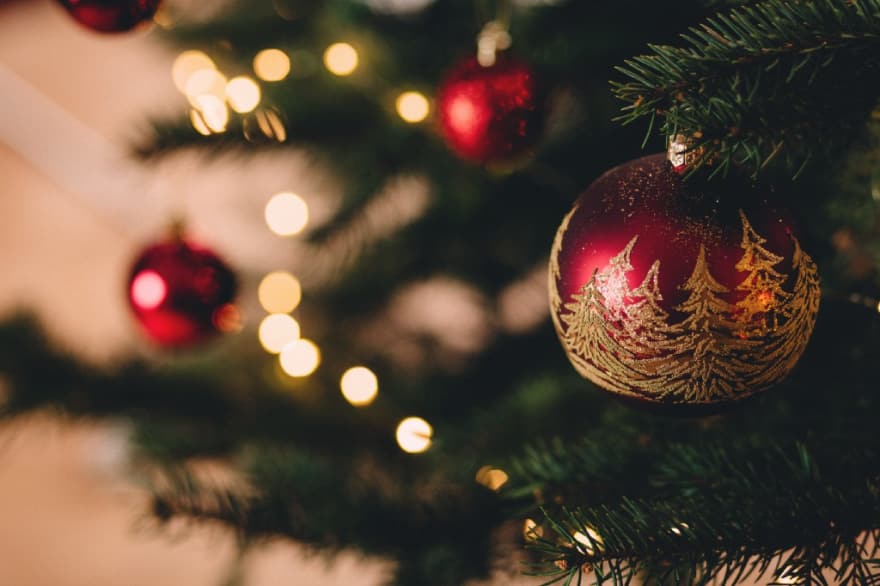 Mrs. Claus knew she had to be careful in how she brought it up to Santa. “Your book is getting so big, dear,” she said.

He picked it up like it was a box of Kleenex. “No. It’s just fine.” He ignored the fact that the binding was completely broken because the book was now over a million pages long.

They both knew that keeping track of what gift went to which child was at the heart of their work. And that their current system was no longer working. But Santa is a bit of a Luddite. He’s jolly in his stubbornness and resistant to change. A man of tradition, he always left his smart phone at home, and never really learned what email was.

Mrs. Claus spent most of her non-holiday time working with KWS (Kringle Web Services, powered by the Christmas spirit). She embraced technology, and had even graduated from a remote web development boot camp online. She was at the forefront of the movement to bring apps to the North Pole and streamline processes.

When she’d bring up the important work to Santa, he’d always throw up a hand and give a good-natured, “Bah!” He liked his life just the way it was. He focused on the toys and the good cheer, and left the rest to everyone else.

That meant Mrs. Claus had to spend a good portion of her time managing the elves in toy production. It wasn’t so bad most of the year, but for the last three months, things got exceedingly busy. And that meant her goals for the most crucial app of all were compromised.

Unbeknownst to Santa, Mrs. Claus had made the GifTracker app to replace his book. The elves were not so in love with the name, saying it sounded like she was tracking GIFs, not gifts. But Mrs. Claus insisted it was a hip name like all the kids were doing these days.

The GifTracker used GPS to track Santa’s location and automatically populate the screen with the children nearby and the toys they were meant to receive. Mrs. Claus had a QA team that was meant to test the app for two weeks before it was deployed to production. But all the work in toy production didn’t allow that to happen because it meant Mrs. Claus didn’t have her final code in until two days before Christmas.

“Santa, I made you an app to replace the book,” Mrs. Claus told him on Christmas Eve Eve. “It’s simple to use and will make Christmas much more enjoyable for you.”

Santa raised his eyebrows at her and obviously was not sold.

“The only problem is, it hasn’t been tested yet,” she told him sadly.

Santa didn’t really know what that meant, just that he could use it to his advantage. “I can still use the book this year then! And we can roll out this app next year.” He clapped her on the back. “I don’t mind at all.”

Mrs. Claus gave a sigh that was heavy with misgivings.

That night, the elves started loading up Santa’s sleigh. There was a lot to do, and it was hectic with them running around amidst heaping piles of toys everywhere. That’s why they didn’t notice when Santa’s book kept inching closer to the fire as the toys were moved about. And it’s why they missed the embers that jumped onto the pages, and set it aflame.

It was only when the flames reached the ceiling that the elves started screaming. They threw hot chocolate on the fire to put it out but it was too late. The book was ruined.

The noise of the elves woke Mrs. Claus. She hovered at the top of the stairs, and peered down into the chaos. One of the elves saw her and cried, “The book is ruined, Elaine!” (Mrs. Claus’ first name is Elaine.)

Mrs. Claus snapped into action and rushed down the stairs. “Where’s Santa’s tablet?” she demanded.

“The one he uses in his sleigh.”

The elves pushed Mrs. Claus’ favorite, Petunia to the front. “Come with me,” she told Mrs. Claus. “There’s something you have to see.”

She guided her to the sleigh to show her a heavy black laptop on the front seat. “What’s this?” Mrs. Claus asked.

“Just wait,” Petunia told her, as she fired it up.

“Yes,” Petunia said. “He’s running Windows 95. And he still uses Internet Explorer. That is, if he ever goes online. Mostly he plays solitaire.”

“Oh my word,” Mrs. Claus said, as she stumbled backward. An elf who was smart enough to anticipate her response caught her in a chair.

“He’s never used a touch screen in his life,” Petunia continued. “But don’t worry! Your app doesn’t even require interaction. We can mount a tablet in here and the screen should display the information as he needs it. We’ve made it…how would you say…”

“Idiot proof,” Mrs. Claus finished for her. “But we’re going to send out an untested app on Christmas?”

“The most important part is that we convince him to wear the bracelet that goes with it,” Petunia said. “We know that part works.”

“But now it all has to work. We built this knowing the book could be a fall back.”

Petunia shrugged. “We don’t have any other choice. I think it’s best if you work on any lingering kinks with QA in the remaining hours you have. I’ll manage the elves for you.”

Mrs. Claus took a deep breath. “It’s going to work. It has to work.”

The next day, Mrs. Claus loaded her app onto a tablet and had it mounted into Santa’s sleigh. Then she went to deliver the news to Santa about his book.

“It’s toast,” she told him. “But the good news is that the app works great. It’s mounted in your sleigh and ready to go. All you have to do to make it work is wear this bracelet.” She put a rubber bracelet around his wrist.

“I guess it was just a matter of time before I had to use a computer on Christmas.”

She patted him on the arm. “That’s right. And I think you’ll actually like it.”

“We’ll see about that,” Santa said as he climbed into his sleigh.

Mrs. Claus waved as he flew into the night sky. Once he was out of sight, Petunia rode up on a reindeer. An elf handed her a backpack and she put it on. “Thanks for keeping an eye on him,” Mrs. Claus told her.

“Somebody has to,” Petunia said and then she was in the air, off to follow Santa at a safe distance.

Santa knew his sleigh, like so much of the magic of Christmas, was powered by the Christmas spirit. And he knew that the spirit was dwindling with people saying “Happy holidays” more and “Merry Christmas” less. But he did not pay attention to the fact that it also was hugely dependent on his own health.

That’s why Mrs. Claus had devised a wrist band that would track Santa’s blood sugar. His doctor had cautioned him that he was pre-diabetic and would have to watch his diet, but Santa wouldn’t take him seriously. Mrs. Claus had replaced much of the food at the North Pole with healthy alternatives that tasted quite similar to the sweet treats Santa expected. But the same couldn’t be said of the countless households he’d be visiting the night of Christmas.

That’s why Petunia was loaded up with wonderful tasting cookies that were sugar-free and high in protein. When Santa’s sugar level rose, she would be alerted through GifTracker, and she would rush ahead to replace sugary cookies that had been left out for him with her healthy alternative. Santa would be none the wiser and Christmas would be saved!

At the end of the night, Santa returned to the North Pole and crawled into bed next to Mrs. Claus. “Another successful Christmas,” he announced with a yawn.

“Good for you, honey,” Mrs. Claus said. And then she smiled to herself in the darkness. Oh, if he only knew.

Turn your drawn images into HTML code by Sketch2code. A great tool for front-end developers