The article was initially published on Codica blog.

There's no end to ideas that investors receive every day. Meanwhile, CB Insights reported that tech startups' failure rate is 70%.

This number inspires us to reflect upon proof of concept (PoC) vs. minimum viable product (MVP). These are two methods that help you verify the assumptions about your project.

What is the difference between them? Where’s the starting point for building a minimum viable product? To answer these questions, we prepared a PoC vs. MVP breakdown.

A PoC is a smaller project meant to check the idea's feasibility. Usually, companies develop it for internal testing.

No investor funds the idea without considering future business growth. Regardless of the PoC short life cycle, make it clear that your concept can later become a full product.

Once you have a proof of concept, be ready to reach out to potential investors and pitch your idea.

Reasons why you need a PoC:

On top of validating your idea, PoC gives you a glimpse of what tech stack will be best and what budget you might expect. This way, you can start drafting your business plan for predefined functionality.

Is prototype the same as proof of concept?

Despite their similarities, these terms refer to different development stages. Typically, the product's feasibility is getting confirmed prior to creating a prototype.

Prototyping involves UX designers creating an early product's visualization without actual coding. From here, we can start to speak about the tech stack.

What is an MVP?

A minimum viable product (MVP) is an early product iteration that involves a core feature set.

The key thing is that an MVP enables you to collect early user reviews before you invest a huge amount of time into something they don’t really need.

Don’t confuse a first workable iteration of your product and a raw one missing features. Since an MVP is a lighter version of your actual product, it is meant to be rolled out to the public. And unlike prototypes which are usually meant for internal use, an MVP is a public product that all the users can interact with. 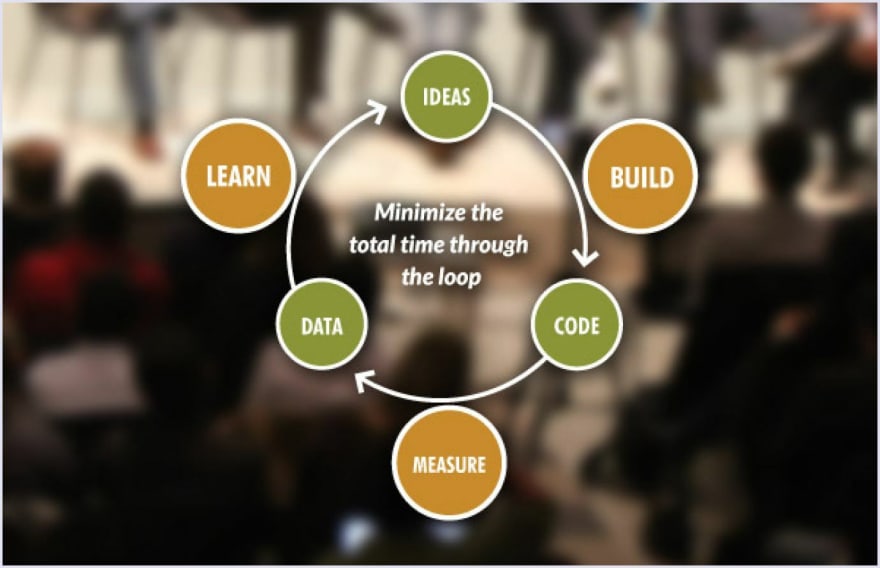 The whole point of creating a minimum viable product is users' hands-on with your website or an app. Based on their experience, they would provide first feedback. So you will be able to pick the upcoming features or rethink existing ones.

For example, a company tailors an MVP specifically for one region. Once customers are satisfied with the product, it can be expanded to other markets.

Exactly the same approach occurred when Codica was building an accommodation search website. The founder’s idea was to ease the relocation for expats. A simple MVP of the platform has been released to check this idea in practice and get funding.

Here are to-dos before creating a minimum viable product:

Keep in mind that features you need to include in your first product have to be simple and doable. Moreover, an MVP is a learning tool. Ongoing research is excellent even when you have achieved product-market fit already.

Here, you can see key benefits of an MVP rollout:

Since an MVP requires core functionality only, it takes less time for the development team. Such an approach saves the efforts that you need to figure the best solution out there.

Close to each other but not equal. These approaches serve different purposes in product development.

What connects PoC and MVP is that they save you time and money and also an effort for the development team. Besides, these two stages happen to take place at the outset of the product creation.

A proof of concept is an efficient way to validate your idea and pitch it before shareholders. A minimum viable product is the next stage allowing you to witness users’ hands-on experience with your site or an app. Though the two approaches are part of the same project, they bring different outcomes. 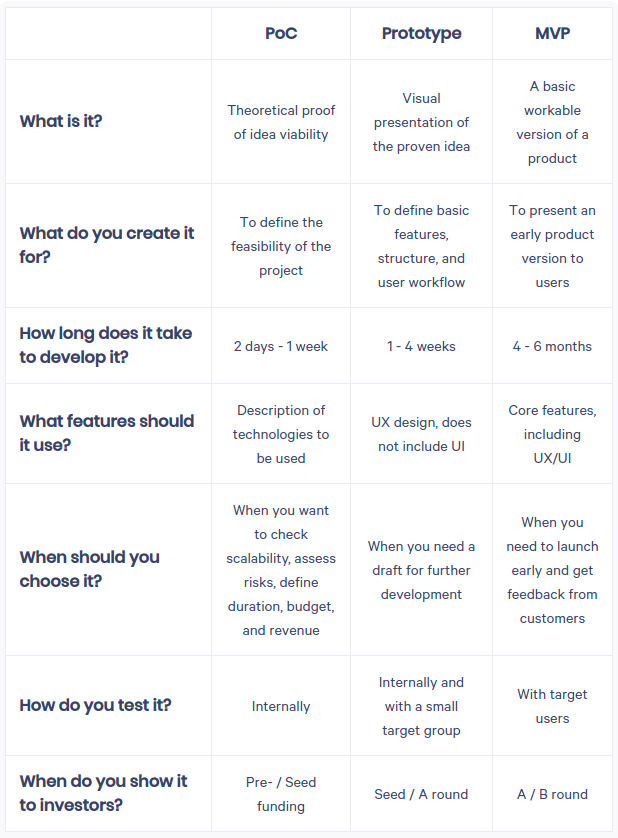 When a brilliant idea comes to your mind, don't hurry to dive into buttons and shiny UI design. Remember such essential steps as proof of concept and minimum viable product. They both help you exercise your theory and accumulate first feedback.

At the same time, the difference between PoC and MVP is the same as between a draft and an implemented project. PoC helps you confirm your idea’s feasibility. Creating a minimum viable product, however, means bringing a market-ready solution to the end-users.

Both stages matter on your way to delivering a profitable product. On top of that, an MVP serves as a learning tool that can help you scale your business afterward.

For more in-depth information about PoC vs. MVP, check our full article PoC vs MVP: What to Choose to Build a Great Product.

Getting Started with open-wc and Web Components

Memory Leaks, How to avoid them in a React App.