While practically every industry has had to adapt to the digital age, few have been reshaped as much as finance has. Practically every corner of the finance world has leveraged software to make their operations faster, easier, and more lucrative.

More specifically, trading securities has become an increasingly software-based endeavor. In fact, according to Bloomberg, Investment Banks are increasingly spending more on technology while cutting their trader headcount.

As trading algorithms get more efficient and require less maintenance, this trend is likely to continue.

The Rise of the Quant

While Quantitative Analysts have played a role for a long time in financial markets, they originally only relied on mathematical methods to assess financial decisions. As computers became faster and more user-friendly in the 80s and 90s, it became increasingly common for these quants to utilize software to run this analysis.

As a result, Quants have been able to demand incredibly lucrative salaries. 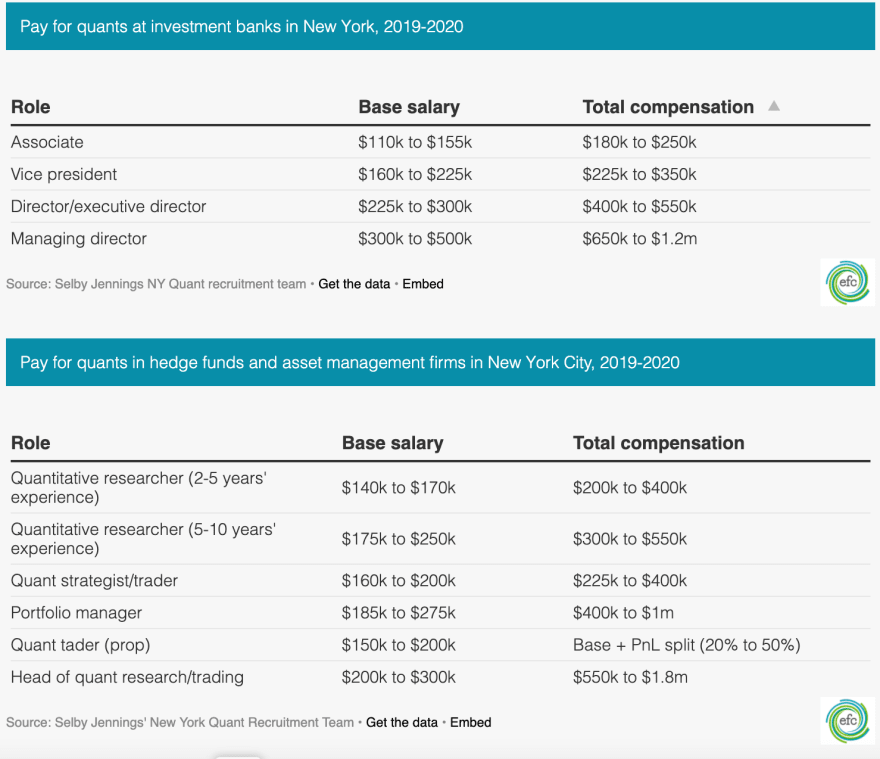 Today, Quants who work in Investment Banking and Hedge Funds are primarily designing and executing trading algorithms. As such, programming has become a must-have skill for Quants and others who wish to enter the world of professional trading.

It is estimated that around 80% of trades that occur on a daily basis are done either completely or with the aid of various algorithms. These algorithms act on real-time market data as well as real-time financial news to advise, augment, or conduct trades.
While Excel is still the go-to computational tool for most in the financial industry, aspiring Quants should be ready to build trading algorithms with languages like Python, Java, and C++. In addition, these bots are increasingly utilizing web scraping and machine learning to become increasingly intelligent.

A large swathe of algorithmic trading, however, is occurring in a way that might be off-putting to some. High-Frequency Trading(HFT) is the use of algorithms to trade thousands of securities per second autonomously. It is estimated that 50% of all daily trades are driven by HFT.

These algorithms will typically make trading decisions in microseconds, making it virtually impossible for any human investor to outpace them on short-term trades. Some institutional investors even go so far as to install their computers on the rooftops of stock exchanges to minimize latency.

The primary benefit of the rise of High-Frequency Trading is that it's become much faster to buy and sell securities in the market. Since HFT algorithms are constantly buying and selling, you no longer have to wait for a human investor to trade with you. This was proven in Canada when the government instituted a fee on HFT. It was found that market-wide bid-ask spreads (which is essentially the transaction cost of the trade) increased by 13%.

As anyone who has ever played around with autonomous algorithms before knows, it does not take much for unsupervised algorithms to create drastic outcomes. For HFT, this was made clear during The Flash Crash of 2:45.
Since many HFT algorithms are operating on extremely similar logic, they can easily enter a feedback loop. More specifically, trading algorithms will typically identify trading signals based on how other people (or computers) in a market are trading.

On May 6th, 2010, many stock indexes randomly and drastically crashed, only to return back to normal half an hour later. This was the second-largest intraday point swing at the time.

It is widely believed that High-Frequency Trading was the primary culprit. A confluence of bad trading signals caused HFT algorithms to send the market further and further down. While all was well in the end, this kind of volatility serves to weaken the market.

While many may have their concerns, for the time being, algorithmic trading continues to be an important part of the finance industry. If you're a programmer who has a strong knack for finance and math and are looking for a lucrative career, it might be worth trying to score a job working on these kinds of algorithms.

Stay tuned later this week for a tutorial on how to build your own trading bot in Python!

Happy coding from your friends at Codesphere, the next-generation cloud provider.

Once unpublished, all posts by codesphere will become hidden and only accessible to themselves.

If codesphere is not suspended, they can still re-publish their posts from their dashboard.

Once unpublished, this post will become invisible to the public and only accessible to Saji Wang.

Thanks for keeping DEV Community safe. Here is what you can do to flag codesphere:

Unflagging codesphere will restore default visibility to their posts.