Let's say we're working with a REST API that returns a JSON string representing a user. The JSON API agrees to a contract that it returns a string firstName, a string lastName and a number accountBalance. We model the user as an Interface in TypeScript as follow:

The following code is sufficient if we always have the happy path:

But things can go wrong on the API side. The json string returned could be:

The code does not blow up because accountBalance is now being treated as an any instead of a number. But this "forgiving" behavior leads to other problem downstream:

The balanceAfterInterest is only supposed to be 105. A better approach is to catch this problem early and handle it immediately and appropriately.

Paste the string {"firstName": "Kevin", "lastName": "Le", "accountBalance": 100} to the left pane. Type User as the Name, and select JSON as the Source type.

In the box on the right, select TypeScript as the Language and make sure Verify JSON.parse results at runtime is turned-on. Quicktype will generate the resulting code with instruction on how to use it in the middle. 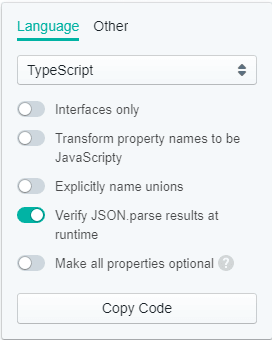 Now the following code can be much safer:

The exception is now caught and handled early: 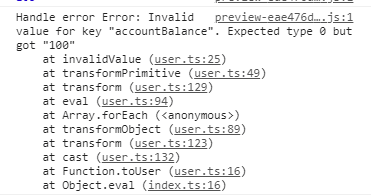 The generated code by quicktype for user.js is:

A React Hook to Animate the Page (Document) Title and Favicon