This article is a beginner’s guide to starting your mobile app development journey in React native.

What is React Native

React Native is an open-source JavaScript framework developed by Meta (Facebook) to build mobile applications for iOS and Android. React framework support is the main advantage of React Native. It enables an easy switch from react.js to react-native where we can reuse almost all concepts we have learned in react.js such as components, props, and states.

Similar to React.js, React Native applications are written using a mixture of JavaScript and XML markup (JSX). The React Native bridge does the native code conversion while building the application. There it calls the native libraries to render the content in Objective-C for iOS and Java for Android. It makes the quite similar to the app we build on native languages and not going to show WebView anymore.

The existing methods for creating mobile applications using combinations of JavaScript and HTML are rendered using WebViews. It impacts the overall performance of the app thus making it slow to render the content. But React Native renders the contents using the host platform’s standard render APIs. It converts the JSX codes using native rendering APIs and displays it as a native UI element rather than on WebView. React works independently from the main UI thread to maintain high performance without compromising on capability.

Also, React native is quite similar to react.js. Almost all concepts in react.js such as state, prop, components, and routing can be reused in react native without any changes even though it is coded in react.js. Moreover, web developers love JSX injection and react framework support because they can easily make mobile apps with their existing JavaScript knowledge.

Node, React Native CLI, JDK, and Android Studio are the basic requirements to start with a react native project. This article is specifically designed for the Windows platform. If you are using any other platforms then it is recommended that you go through the official site for initial setup 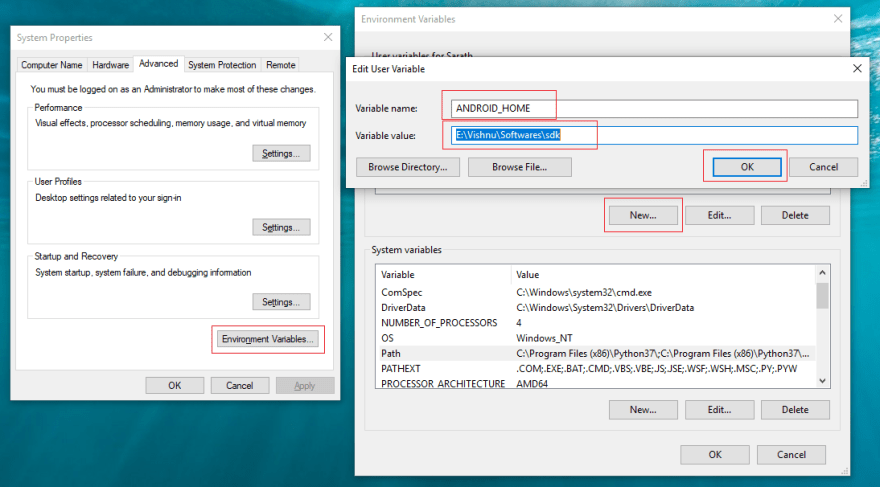 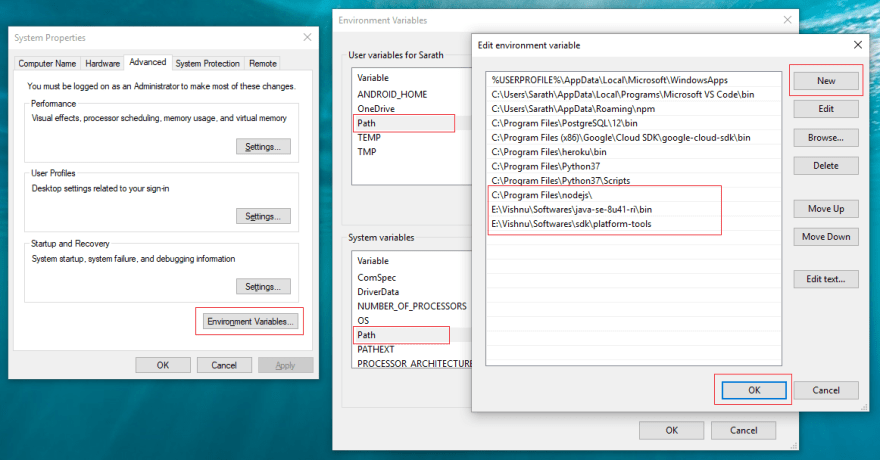 All react native configurations are completed. So, we can directly move on to create our first app — hello world app.

Open the terminal and type the following command to create a hello world app. 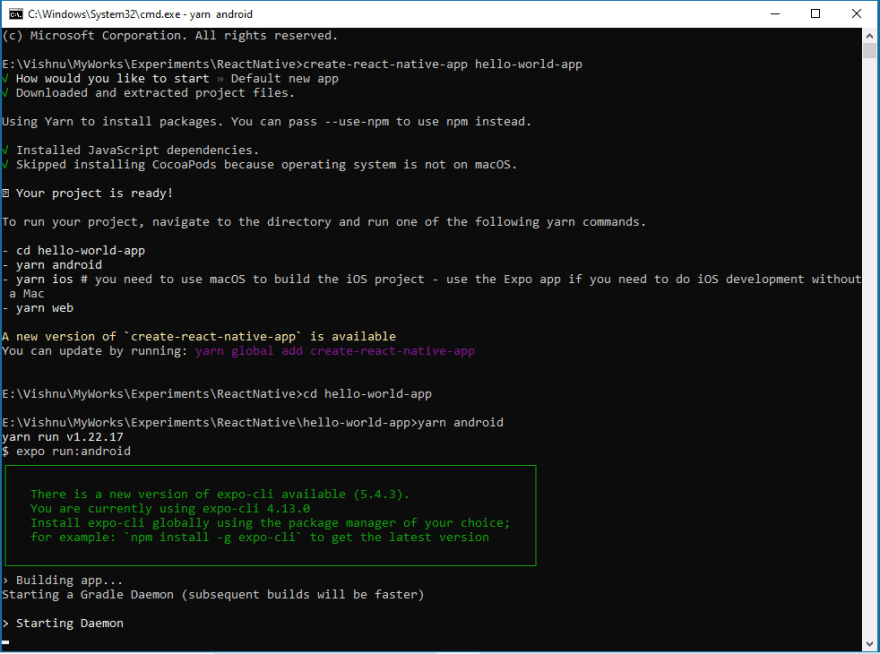 create-react-app hello-world-app will setup the default boilerplate for android and iOS development.

react-native run-android will start building the app for the android device. After a successful build, we can see an apk file in the output folder. If the device is connected to the machine the app will be installed and opened on that device.

For that, open a new command prompt in the project root folder and run the following command,

Now, we can do some modifications in the app. So, open the project in VSCode and delete all contents from the app.js file and create a simple functional component with some custom text and style.

There you have it! Your first app in React native :)

If you are trying to run the app on other devices, it might show some compatibility issues. So, you can setup a release version of the app to resolve this kind of issue. You can check to react native site to get to know how to generate a signed apk in react native.

If you are interested in further exploring, here are some resources I found helpful along the way: