In this article (originally posted to Codemagic blog) Ivy Walobwa will show you how to build and publish a signed Android version of your Flutter app to App Center with Codemagic.

Sharing your application with real users in real environments before your app goes live has to be one of the most exciting stages of app development. You get to release your application to targeted users to test and uncover bugs in your app --- in other words, to beta test it.

Speed and automation are critical factors when releasing your app to beta testers. Therefore, it's necessary to work with tools that can integrate new code into the existing codebase, perform tests, and release an updated version of the app automatically in less time.

Codemagic is a CI/CD tool for mobile app projects. It works by automatically handling all the builds, tests, and releases for you. It has a repository integration that helps connect with the Git provider that hosts your Flutter app. You can then set up a workflow for development, testing, and releasing your app.

Building your app with Codemagic generates your app artifacts, which can be distributed through App Center. App Center enables you to ship applications faster and with greater confidence.

First, you'll need a Flutter app hosted on your favorite Git provider. To prepare the app for release, you need to:

You can follow the guide in the official Flutter documentation to prepare your app for release. This tutorial uses a sample counter app that is prepared for release.

You need a Codemagic account to use the CI/CD tool. If you don't have one, you can sign up here. Codemagic is free up to 500 free build minutes every month.

Once signed in, add a new application by connecting to your Git provider. 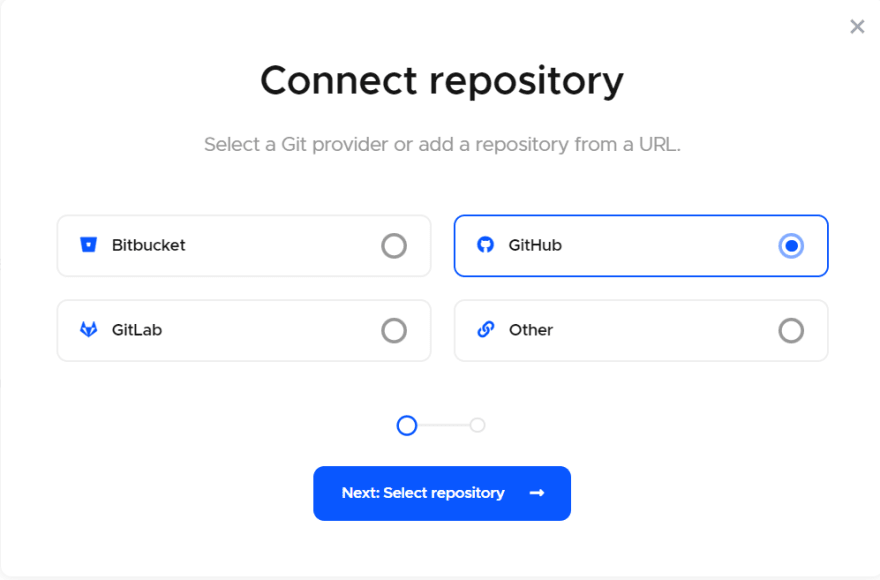 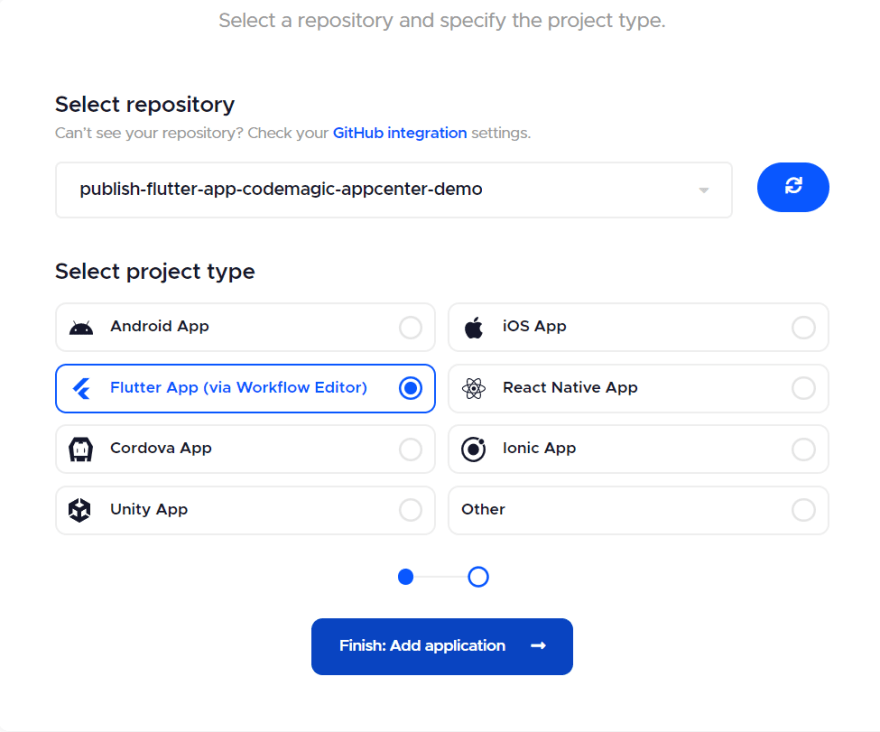 Your app is ready, and you can now add some settings to determine how your app will be built, tested, and deployed using the Workflow Editor.

Build your app with Codemagic

To build your app, you need to customize the build settings to suit it:

To publish your app to App Center, you need to give it a digital signature. You can add code signing to your app via the Flutter Workflow Editor by following these steps:

Replace USER_NAME with your username. This command creates a Keystore file and stores it in your home directory.

If you are on Mac/Linux, run the command described in the official Flutter documentation.

The code snippet above references the keystore file that will be uploaded to your Codemagic workflow. 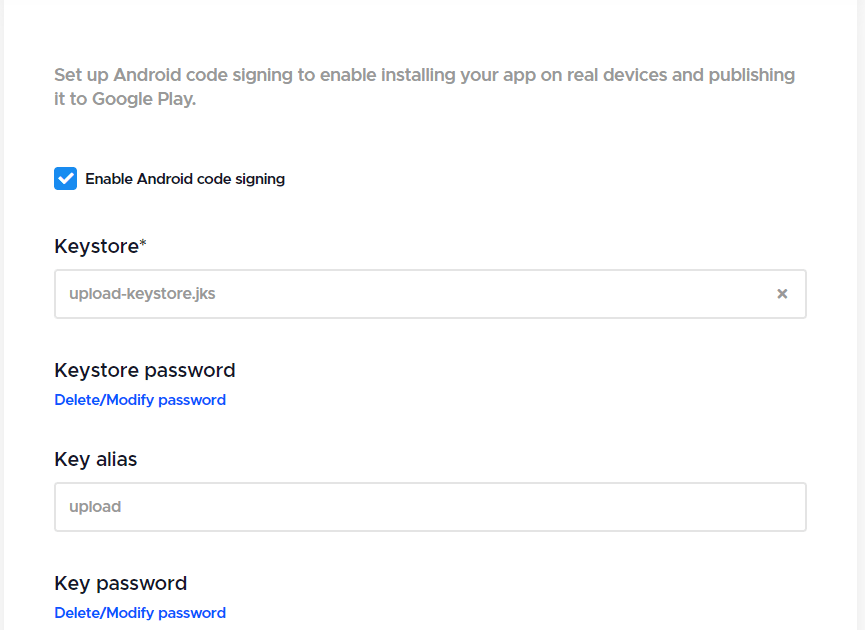 You have successfully added code signing to your workflow and are now ready to publish your app to App Center.

You need an App Center account to release your app. If you don't have one, you can create an account for free.

Once signed in, add a new app, give it a name, and select "Beta" as your release type. It's recommended to give your app on App Center the same name as your Android app name.

Since you configured Codemagic to build for Android, select "Android" as your OS and "Java/Kotlin" as your platform. You can upload your app icon as well.

You are now ready to release your app for testing!

Under the "Distribute" tab, select the "Groups" tab to create a new group. Add a new group by giving it a name and inviting members to it. Since you are releasing your app to beta testers, name it "Beta Testers". 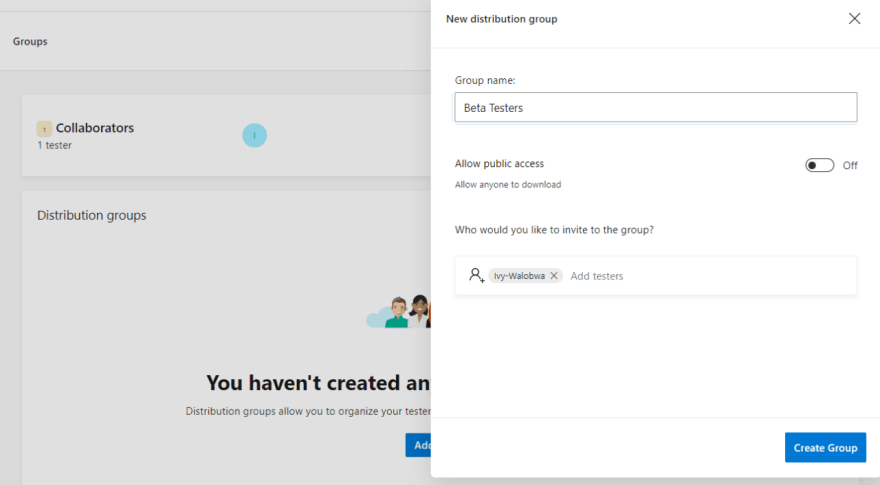 You now have a group ready for your app's first release.

An API token is required to release your Flutter app to App Center. It's recommended to create a new user API key for Codemagic.

You can add a new user API token from the "Settings" tab. Give your token a description and full access.

Copy the generated key and head back to your Workflow Editor on Codemagic. Expand the "Environment variables" section and add an APP_CENTER_TOKEN variable for the key generated. The value of the variable is the key copied from App Center.

You can also add the path to your build output as your environment variables: build/app/outputs/bundle/release/app.release.aab. 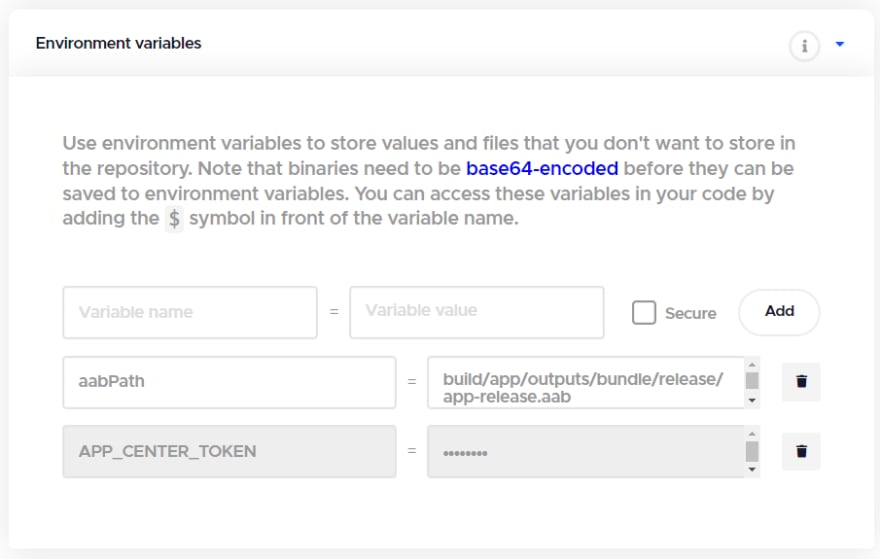 Publish your Flutter app to App Center automatically with Codemagic

To distribute your Android artifacts to App Center, you'll need to add a post-build script to your workflow.

The code snippet above installs the App Center command-line interface (CLI) that will be used to interact with App Center. It then distributes your app artifacts to App Center with the following configurations: 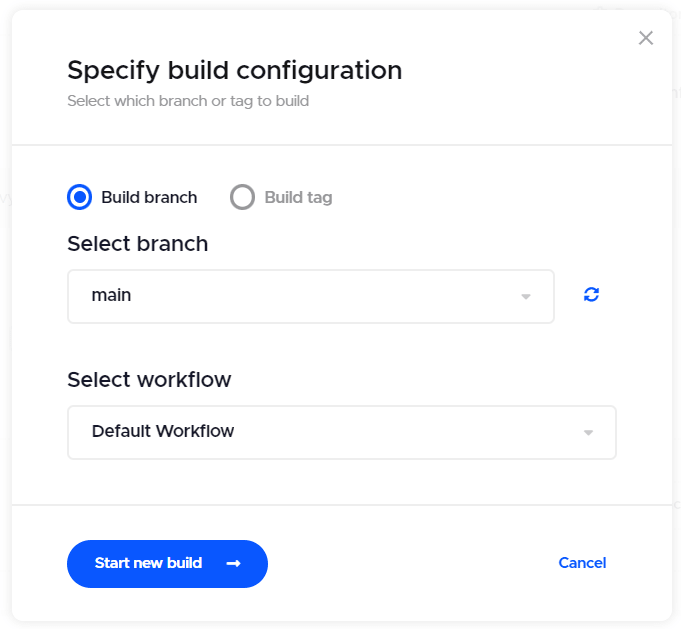 Codemagic will automatically publish your build to App Center for you and add a green checkmark next to your app name if the build and deployment were successful. 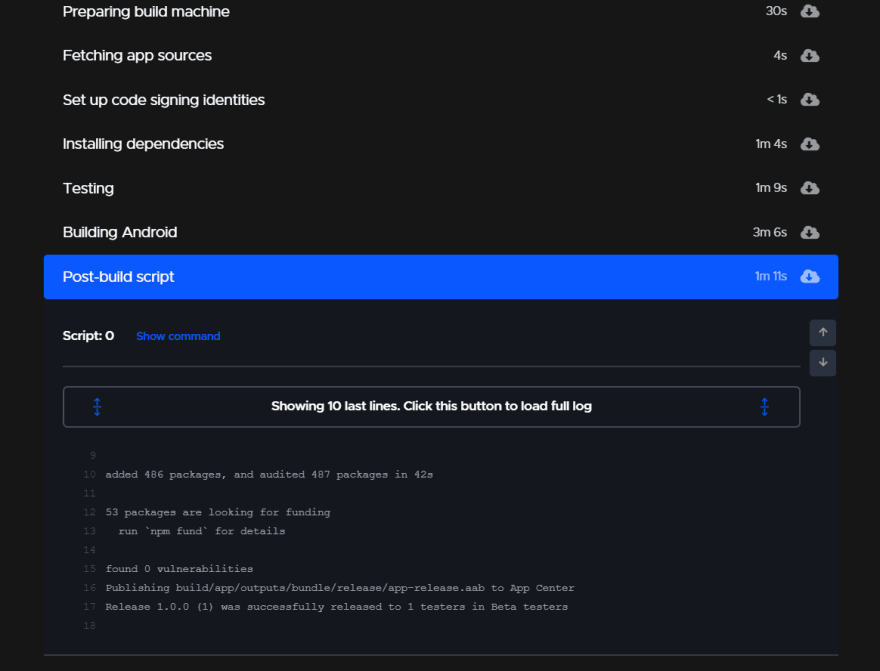 When you check your group on App Center, you should see a new release of your app.

Pat yourself on the back --- you just performed some code magic!

Codemagic is the ultimate CI/CD tool. It automates your mobile app's entire build, test, and release pipeline. During a build, Codemagic generates a signed app artifact that can be distributed through App Center.

In this article, you learned how to build and release your Android app's signed version to App Center with Codemagic. You can now easily automate your Android app builds and deployment and save yourself some development time.

The Genesis.Json file - A quick intro

Once suspended, codemagicio will not be able to comment or publish posts until their suspension is removed.

Once unsuspended, codemagicio will be able to comment and publish posts again.

Once unpublished, all posts by codemagicio will become hidden and only accessible to themselves.

If codemagicio is not suspended, they can still re-publish their posts from their dashboard.

Once unpublished, this post will become invisible to the public and only accessible to C💙demagic.