Angular modules define the application functionality that is applied to the entire HTML page using the ng-app directory. A module basically defines functionality such as services, directives, and filter which you can reuse it.

Understanding the different types of modules is a key factor for architecture an application.

Basic of angular module
Angular modules are made of a simple set of property and one lifecycle hook.

Let’s have an overview of the NgModule interface:

NgModule is used to define your application.

It is a simple and most used property; we use a declaration array for importing components, directives, and pipes.

The provider is used to define an array for define services that have been decorated with the injectable decorator, which makes them accessible via angular DI.

Import is used for importing other modules.

Whatever defined in a module is private_.Exports_is an array that allows you declaration and declaration within a module accessible from the modules that import the module where these are defined.

EntryComponents specific the list of components compiled when the module is bootstrapped.

Bootstrap also specific components compiled when the module is bootstrapped and automatically adds them to entry components.

A name that identifies modules.

Now let’s move to an angular module. There are 5 different types of modules available in angular. 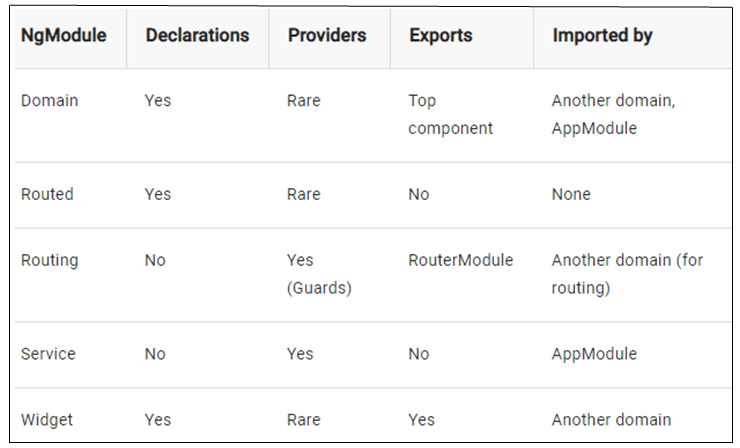 A domain NgModule organizes the code related to a certain function, containing all of the components, routing, and templates that make up the function. Your top component in the domain NgModule acts as the feature or domain's root and is the only component you export. Private supporting subcomponents descend from it.
Import a domain NgModule exactly once into another NgModule, such as a domain NgModule, or into the root NgModule (AppModule) of an app that contains only a few NgModules. 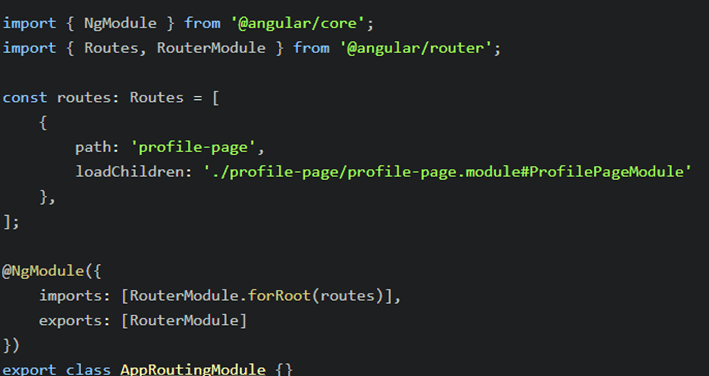 Use a routing NgModule to do the following tasks: 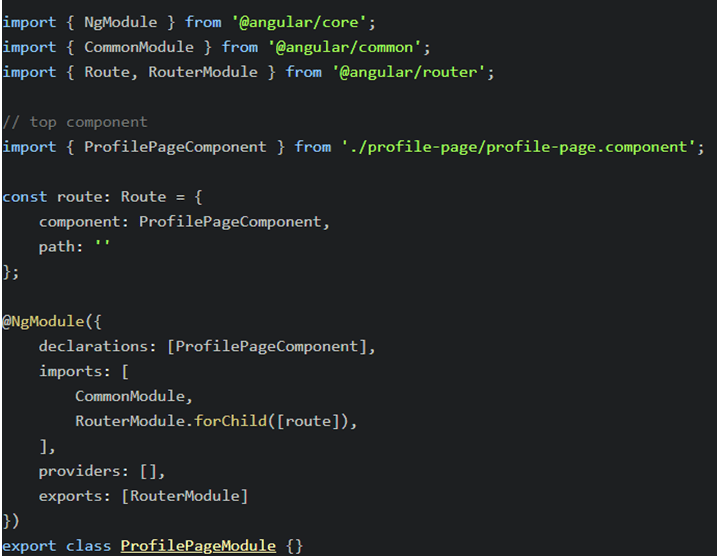 Routing NgModule, re-export the RouterModule as a convenience so that components of the companion NgModule have access to router directives such as RouterLink and RouterOutlet.

Difference between AppRoutingModule and Children Routing Modules:
AppRoutingModule will define routes using the forRoot property on RouterModule, while all others should use the property for child. As you can see in the example above_, we’re using forChild_

In conclusion, the concept of Angular modules has matured since they were first introduced in the framework in a late RC release. As the community keeps growing and getting more expert at writing Angular applications, I believe it’s still possible that the list of module types can be different or expand in the future.

How to improve Angular load performance?