You may have come across Docker images like the one above ☝️. In this example, you can see that the latest tag supports two different architectures. Meaning there are two different images for the same tag, and docker will pull the appropriate one depending on the target architecture. But...how are they built?

Back in the day, the only option was to manually built each separate image using the ARCH build-arg, push it, and then use the docker manifest command to group the images together under the same manifest.
This manual process is described in depth in this post by the Docker team. But now there's even an easier way.

Buildx to the rescue

Thankfully Buildx automates this process and simplifies it quite a bit. A single command can do all that for you.
But who wants to be building images locally anyway? 😁
Plus, automating it with Github Actions is a great excuse to also implement a proper tagging and versioning strategy as well as exploring multiple Container Registries.
Let's get to it! 💪

The overall process is as follows:

Let's assume we have a Github repo with a main and a dev branch, PRs, as well as versioned releases.

We'll have a github actions YAML similar to the following:

These are quite straightforward:

For Github's Container Registry you can use the following:

We could skip this step and just use the latest docker tag, but in real world scenarios you'll likely want a more elaborate image tagging strategy. Such as sha, branch, Semantic Versioning, etc.

And the final step is to actually build for each target platform and push to the registry.

This turned out to be a lengthy post, but the actual build definition is quite simple when put together, and you'll not only get multi-arch docker images, but nice semver versioning and tagging as well. 😄 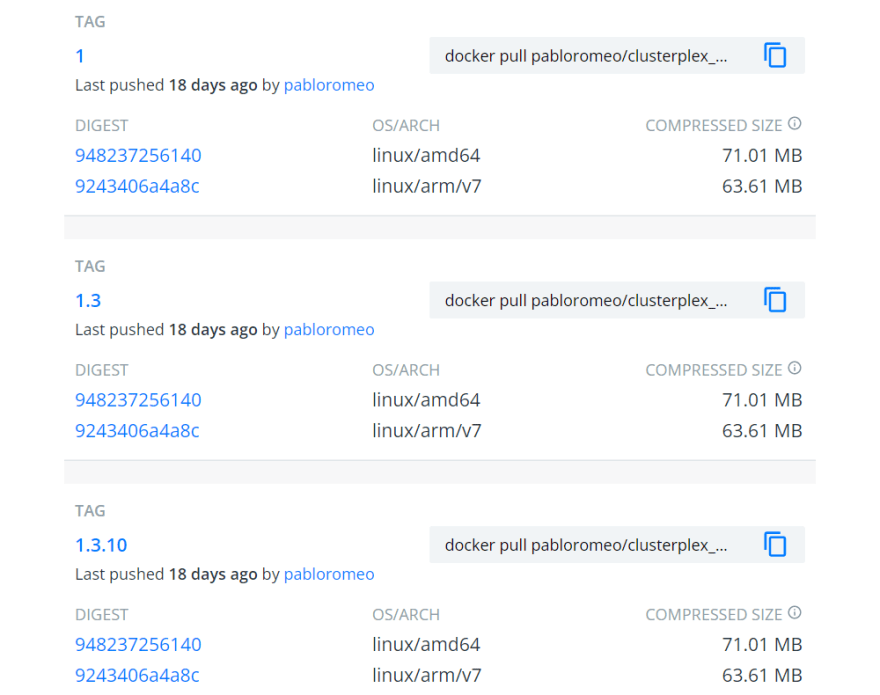 To see full working examples of this we can take a look at the builds of two pet projects of mine: Docker-Dogecoin and ClusterPlex.

In Docker-Dogecoin's Dockerfile there's an example of how to write conditional logic as part of the docker build process depending on the target architecture to install different binaries for each.

In Clusterplex's build it actually pushes to BOTH ghcr.io and Dockerhub simultaneously, as well as updating Dockerhub's Description page to the content of the README.md in the repo.