Hey folks, there has been a long time since I have last posted anything here and I wanted to start writing again.

A quick disclaimer, as always, I am learning as I write this article, so I may get something wrong, I would love some feedback if you catch anything

To start, I've decided to follow the golang OpenTelemetry tutorial.

And used the jaeger example to create the tracer provider.

The important concepts behind this project are traces, spans, and tracer providers.

Traces are an abstraction for an operation or call inside your system, and they are composed by spans.

Traces can track the life-cycle of a operation through many processes (I will probably get there in the next project).

In the case of this program, this is the trace strucutre:

Specifically in golang, the context library is used to create this structure, so you will need a context for each separate trace.

Spans are the subdivisions of a trace, the way I see it, they are meant to represent each function execution inside a given trace.

Each span can contain attributes, that are key/value pairs that should represent the state of that function when they're called.

Tracer providers are configurations for the project about where to send the tracing data and how to send it.

In the case of this project, that would be jaeger.

The second project was customized, I did not write the steps for it in as much detail as these documentations, but it's fairly simple code (the link for the repositories is at the end of the post).

The idea was to create two services and a trace that would have spans in both services.

So I have created this two services:

This is how a request looks like for the user >

And this is how it looks on jaeger >

And the structure for the trace >

And as a nice side effect, you also get this graph that shows the dependencies for your services and the number of requests sent from a service to another > 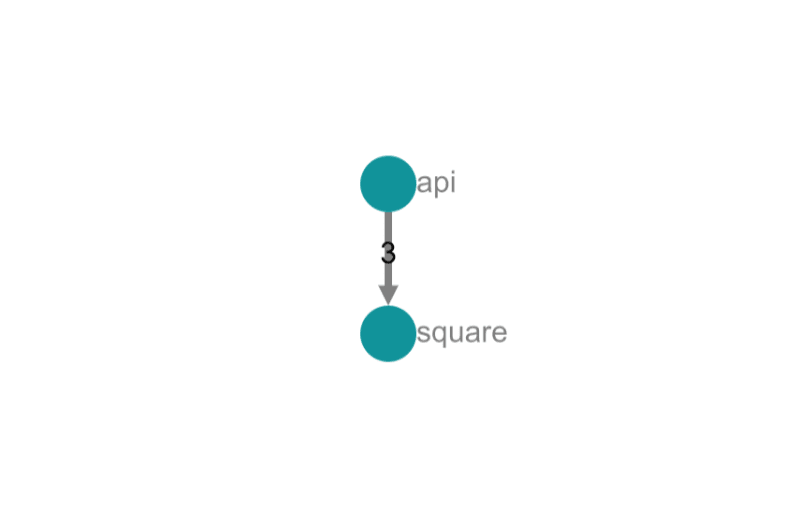 And for this second project there was a single new relevant concept: propagators

The metadata is injected in the headers for the request, then the server receiving the request extracts it and adds to it's own spans.

The result is this graphic where you know how much time the trace spent in each service and in each operation.

So, I covered the basics of observability, and I can see how this would be relevant on onboarding members to your team and also to debugging

Why you should use a Go backend in Flutter

Is anyone interested in contributing to a new OSS built with Go? Please join to develop a No-Code workflow engine!

We made a SaaS product in a month. I will explain how we did it.