The ability to spend less time finding errors in a code is a necessary skill that every developer should have.

The Console API, a debugging tool that is part of the browser, provides developers with some functions that make it possible to find these errors.

I wrote this article to show web developers some of the functions that come with the console object and what they are used for. Hopefully, you will find it useful when debugging your code.

This is the most popular console method. It converts its arguments (which are separated by commas) to strings and logs them to the web console. In the console, it inserts spaces between the arguments and starts a new line after outputting all arguments. 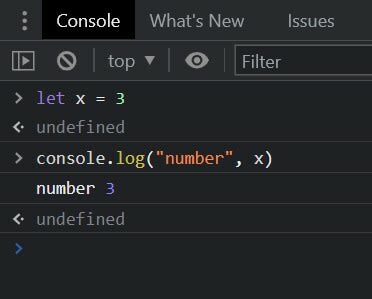 Other similar functions include:

Normally, the browser doesn't show debug statements and would return undefined. This is because console.debug() was created to be used in development areas only and should not be shown to users. However, this can be changed by enabling "verbose" in the default levels. 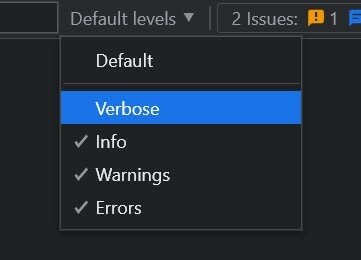 The console.warn() method outputs a warning message to the web console. It usually starts with an exclamation icon. 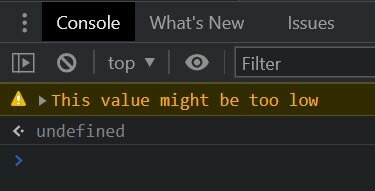 console.warn is used for displaying messages that might not necessarily cause a breakdown in the application but to show something that the user should be aware of. For example, if an API is deprecated, console.warn can be used to send a message across to the user.

The console.error() function outputs an error message to the console (we have all gotten this one). 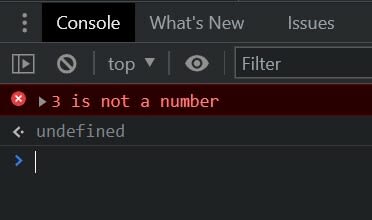 console.error() is used for building libraries so that the user is aware of the reason their code might not be working as expected.

The console.assert function takes two arguments. The first argument is a block of code that is either true or false while the second argument is the message to be printed to the console.

If the first argument is true the function does nothing, but if it is false, the second argument is printed to the console with an Assertion failed" prefix. 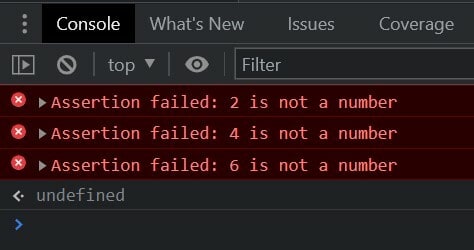 console.clear is used for clearing the console. This is useful when you want to clear other console statements before displaying a new one. 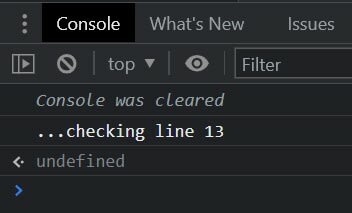 console.table takes one argument which is an object or an array and displays it in a tabular form.

If its argument is an array, the first column will represent the indices of the array and the second will be the values. 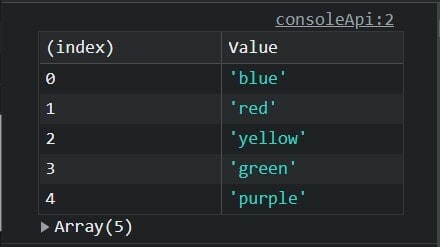 If its argument is an object, the first column will represent the properties of the object and the second column the values.

If its argument is an array of objects, the first column will represent the indices of each object, and the remaining columns will be the properties of the object.

console.trace is simply used to trace how a function was called (i.e other functions that lead to it). 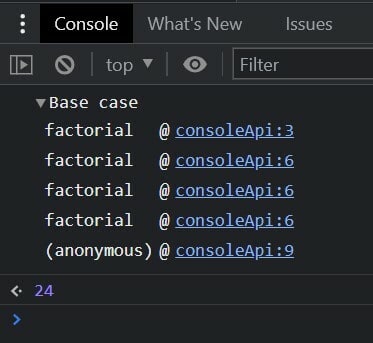 We can see that we hit the base case after the function was called four times. "Anonymous" is simply the global namespace that gets mounted on the call stack before any other function is added to it.

This function takes a string as an argument and logs to the console the number of times it has been called with that string. If no string is passed, it behaves as though it was called with a string value of "default". 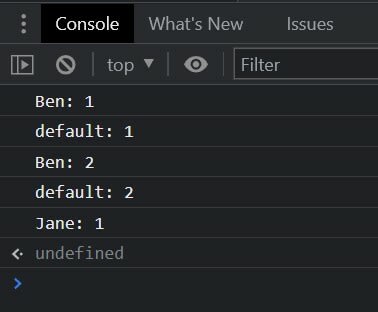 console.count is also useful for keeping track of how many times an event handler has been triggered.

The count could also be reversed using console.countReset().

Note: While trying to reset the count make sure that console.count() and console.countReset have the same argument. 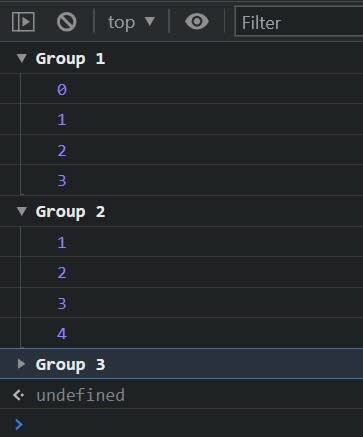 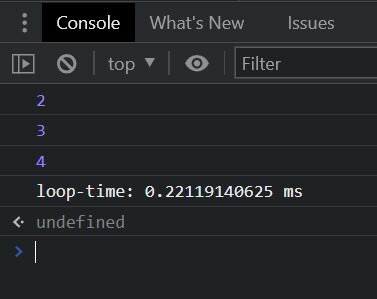 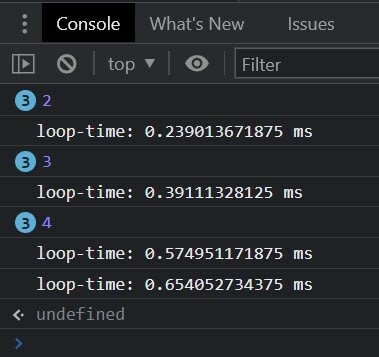 When Console functions similar to console.log() takes two arguments where the first contains %s, %i, %d, %f, %o, %O, or %c. The first argument is treated as a format string, and the values of subsequent arguments are substituted into the string in place of the two-character % sequences. 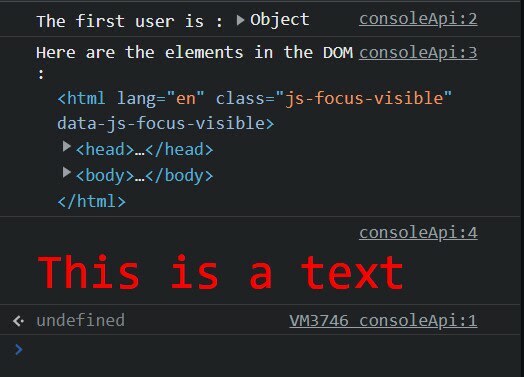 To save time, you could destructure console functions from the Console object. 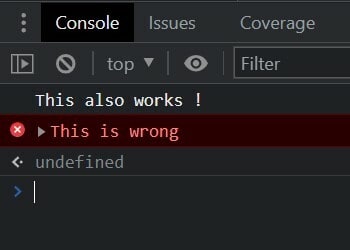 Even with all of the available functions the console API provides, some developers only use console.log() when trying to find errors in their code.

Sometimes, using a console.log() works just fine but there are also sometimes when other functions might save you some time by providing better information regarding the bug to be fixed.

How to record webcam video and audio using ffmpeg

Sebastian Anioke
From the day I wrote "Hello World" in HTML, it has been a wonderful experience.
Synchronous vs. Asynchronous programming in Javascript.
#javascript #async #sync
THE BOX MODEL.
#beginners #css #html #webdev

Once suspended, chucks1093 will not be able to comment or publish posts until their suspension is removed.

Once unsuspended, chucks1093 will be able to comment and publish posts again.

Once unpublished, all posts by chucks1093 will become hidden and only accessible to themselves.

If chucks1093 is not suspended, they can still re-publish their posts from their dashboard.

Once unpublished, this post will become invisible to the public and only accessible to Sebastian Anioke.

Thanks for keeping DEV Community 👩‍💻👨‍💻 safe. Here is what you can do to flag chucks1093:

Unflagging chucks1093 will restore default visibility to their posts.