Want to make money? Build your own real-time voice translation app! Why do I say that? Just think about this – the speech-to-speech translation market was valued at USD 333.7 million just in 2020 and this figure is expected to go up to 576.99 million in 2026. Want to have your piece of the pie? Then you need to think about building another app that is so much needed in this age of communication.

Let us see what the prospects are. Is it really a lucrative business and what to expect from the market? To do that, we need to look at some of the world trends in the travel industry and communication.
First, let's speak about globalization. We witness the integration of world economies and more frequent travel around the globe. Let's not discuss the year 2021. We all know that international travel was down because of pandemics. But even with the pandemics, the number of travelers was 400 million. Compare that with the figure of 1.3 billion people in 2018. This figure illustrates that international travel within the trends of world globalization is promising.
Second, consider the recent technological advances and innovations. The rise in computational power allows for building high-performance smaller devices that are in high demand in the market. With the advancement of Artificial Intelligence and Machine Learning, these devices are capable of providing more accurate translation and ease of communication between people.
Third, English is not the only language for online application users. The demand for Chinese applications is rising as the number of native speakers is 1.2 billion, and a billion among them speak Mandarin. This suggests new opportunities for voice translation app development and a huge market that has the potential to be utilized.
Given these trends, voice translator app development is becoming important as communication becomes vital in the age of globalization and technological development. Today, language is not a barrier anymore. Language apps assist travelers and businesses in communicating with each other at ease. This is especially true when Artificial Intelligence is rapidly advancing and building an AI app is not like inventing a bicycle.
If this is so, this is the right time to build one. But first, let's see how they work.

How does a Voice Translation App work? 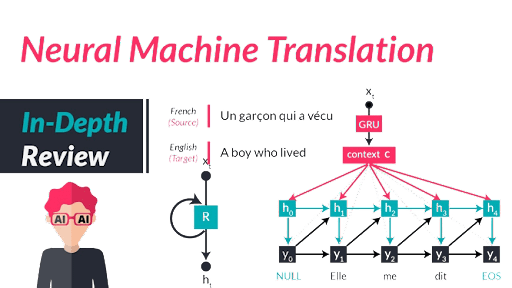 Let's get a bit scientific and dig into the technology underneath the voice translation apps. To understand how a voice translation app works, we need to understand the concept of neural machine translation. This technology applies neural networks that function just like the human brain. They can work with very large datasets with little or no supervision. When it comes to machine translation, neural networks have two main sections – an encoder network and a decoder network. The encoder network receives the data and the decoder produces the output.
The concept of the neural network is associated with deep learning which assumes that machines can learn from their own experience. In terms of a voice translation app, the more a translation app is used, the better connections it can make in terms of sounds, text, and meaning. The latest technology in translation apps suggests software that can speak as well as type and then get the response in the form of text or audio.
The accuracy level of neural machine translation is 60-90 %. This means you still may get errors when put into practice for real-world translation. The system does not perform well when it comes to consistency. When long paragraphs and documents of texts are translated, the system does not see the connection between sentences and views each sentence as an individual unit. This means that some of the terms and words may not be translated consistently.

Any user would like to know what functionalities an app offers before they decide to download it. In this part, we have identified key voice translation apps with their outstanding features. Pick up the ones you feel are worth it for your own app. Some apps are good at the number of languages sets while others offer better voice output. A combination of these features in your app will put you on a competitive edge. Consult these features and pick up the ones that will serve the best for your business.

The study of this list is important for your app's features and functionalities. As you may have noticed, some apps are rich in the supported languages while others offer few options, especially for offline service. Some apps offer additional support like language learning, travel information, and phrasebook while others are limited on that. Your task is to come up with something that will kick some of these apps out of your way. The more features you choose for your app, the better are your chances in the market. However, this will determine the cost of your app. Now let's talk exactly about that.

Let's talk about one of the main issues that will determine whether or not you will take the big step and develop a translation application.
The price for the development of a voice translator app would range from $25K to $30K. However, this is the price of only the minimum viable product, which means that you will spend this much by developing the basic features of your app for testing in the market. The post-release and maintenance costs will be different and vary from company to company and from location to location.
If you are somewhat short on budget, the best thing is to seek a professional development team in Asia and Eastern Europe. The development teams in the USA and Western Europe charge 2 or 3 times more per hour which will raise your overall cost.
For example, a senior developer may get $65–$130 per hour in the USA, while in Ukraine or Armenia the same rate is $30-$60. Generally, developers in Eastern Europe will cost $30–65, in Asia and Africa - $20–45.
Naturally, not only the location but the number of your app features will determine the price. We have detailed a list of features for you to select. However, your selection is not limitless. The cost factor is an issue. Therefore you should choose only those that you think are marketable but will not cost you a fortune.
The market indicates that even free apps can make money. So, your costs will be rewarded by all means.

In conclusion, I would like to talk about a new voice translation app, iDict.io, which Addevice, an Armenian software development company, built just recently. The release of the app is expected soon with a promise to have a steady place in the market.
iDict is a universal solution based on cloning technology that will allow speaking to anyone without language barriers. The app has the capacity to translate 100+ languages and dialects. As usual for language apps, it applies NLP technology.
One of the interesting features of the app is that the users can hear the translation not in the voice of a robot but in their own voice. It also keeps to intonation and pronunciation peculiarities of the users.
iDict has also the following features:

This app is expected to be a new say in the tourism and business industry and has quite competitive advantages that will keep it steady in the voice translation app market.

Taking into consideration the globalization and technology development trends, voice translation apps have become a major innovation that eliminates language barriers and boosts international communication. If you are a business-minded person, the development of such an app may be something that may interest you. If so, we summarized some of the functionalities of the major voice translation apps for your interest. You just need to pick up the ones that will be good for your target audience. We also indicated that you don’t need to spend a fortune to develop such an app. All you need is to find a talented team and turn your idea into a practical solution.

How to debug a React App

What exactly JavaScript is?

Once suspended, christinek989 will not be able to comment or publish posts until their suspension is removed.

Once unsuspended, christinek989 will be able to comment and publish posts again.

Once unpublished, all posts by christinek989 will become hidden and only accessible to themselves.

If christinek989 is not suspended, they can still re-publish their posts from their dashboard.