This was such as cool challenge to practice reading Assembly!

Generally speaking, this challenge is a bit different that the usual beginner buffer overflow challenge as there a some tricks present.

For example, the binary has PIE and canaries enabled, so you'd think a buffer overflow wouldn't be possible. That's where you're wrong kid! (I was so wrong).

The approach is based on 3 steps:

It's pretty obvious what we should do:

Getting into the code

Checking the imports with rz-bin -i bof gives us this result:

So we know already there is the gets function that is usually the culprit in buffer overflow attacks but that there is also stack_chk_fail so we cannot smash the stack like we want as it will be blocked by this failsafe.

Let's open that with rizin: rizin -A bof (with full analysis) and get all functions: 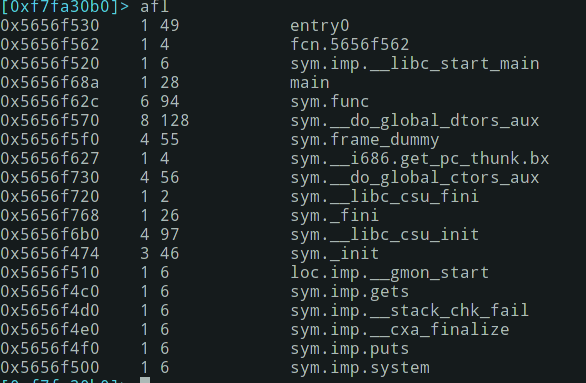 Then disassemble main() and func(): 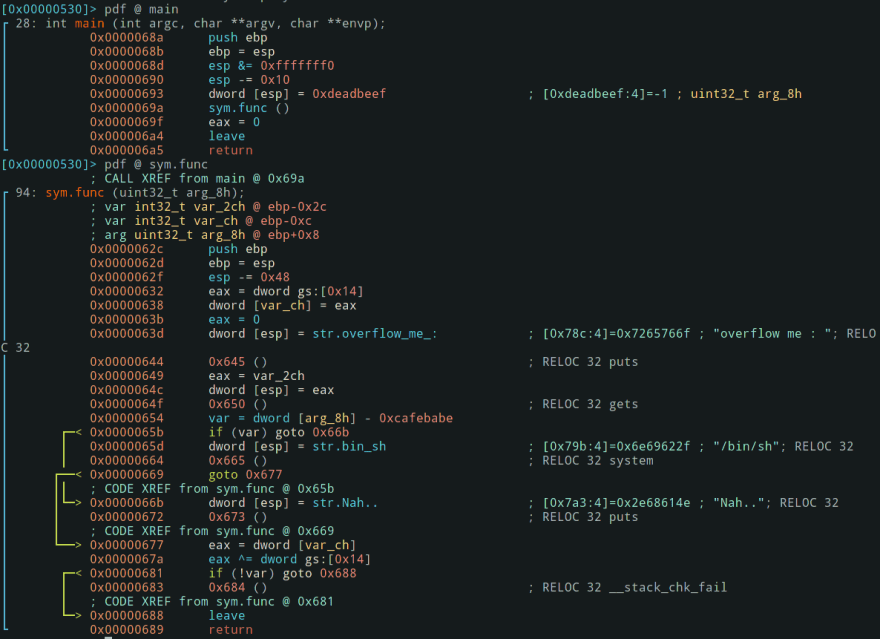 Nothing really new, let's try to run that binary. Without leaving rizin, run ood to relaunch in debug and let's add a break point just at the var = dword [arg_8h] - 0xcafebabe instruction with db addr (the address might change on your computer). 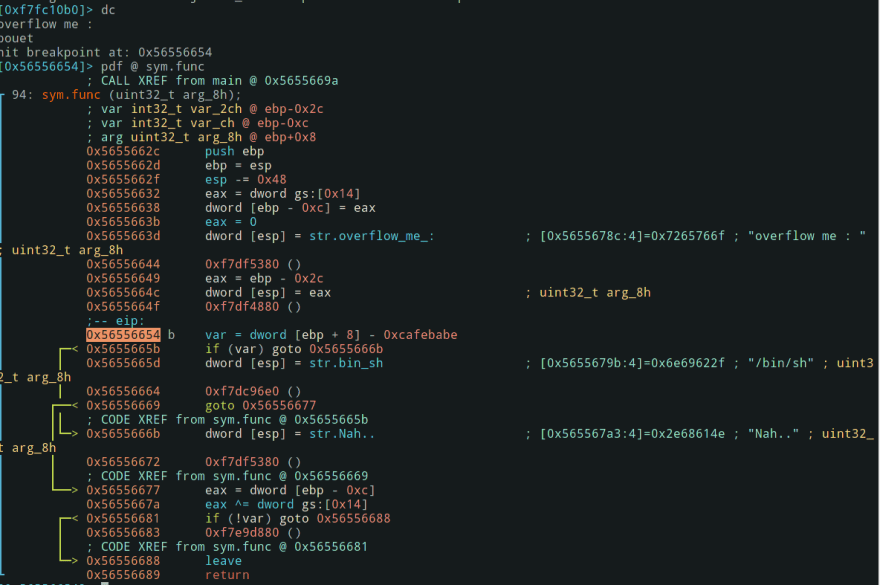 So here, eax has pouet as a value (what we entered) and esp points to eax.

0xcafebabe will be compared to the argument of the function (0xdeadbeef) and if it's true, then we'll get the system call. But it's impossible so far as the argument is already set.

Allowing us to write something is just useful for the exercise not the code itself.

So if we manage to overwrite 0xdeadbeef and replace it by 0xcafebabe we'll get access to the system call.

0xdeadbeef is locate in ebp +8, let's check that out:

We have now two memory addresses: 0xff8e9c5c and 0xff8e9c90 that are not too far from each other. To know the distance, let's calculate it:

?w will show what's in an address. I found some tutorial using ?X but that didn't make sense to me. To see the help of those commands use ???.

So the difference between the two addresses is 52 bytes. That'd be our buffer.

I found a lot of cool new techniques for pwntools here.

And that's it! It works locally and you'll have to modify the code for the remote exploit yourself, but it isn't too hard, don't worry!

An understanding of Spring Security

Trivy: scanning your containers for vulnerabilities