I-Introduction
Portainer is a free Docker Container management tool with compact size and intuitive management interface, simple to deploy and use, allowing users to easily manage Docker host or Swarm cluster. This tool works on a container deployed on Docker Engine.

Grafana is a leading time-series, an open-source platform for visualization and monitoring. It allows you to query, visualize, set alerts, and understand metrics no matter where they are stored. You can create amazing dashboards in Grafana to visualize and monitor the metrics.

Prometheus is an open-source time-series monitoring system for machine-centric and highly dynamic service-oriented architectures. It can literally monitor everything. It integrates with Grafana very smoothly as Grafana also offers Prometheus as one of its data sources.

Prometheus Architecture: At its core, Prometheus has a main component called Prometheus Server, responsible for the actual monitoring work. 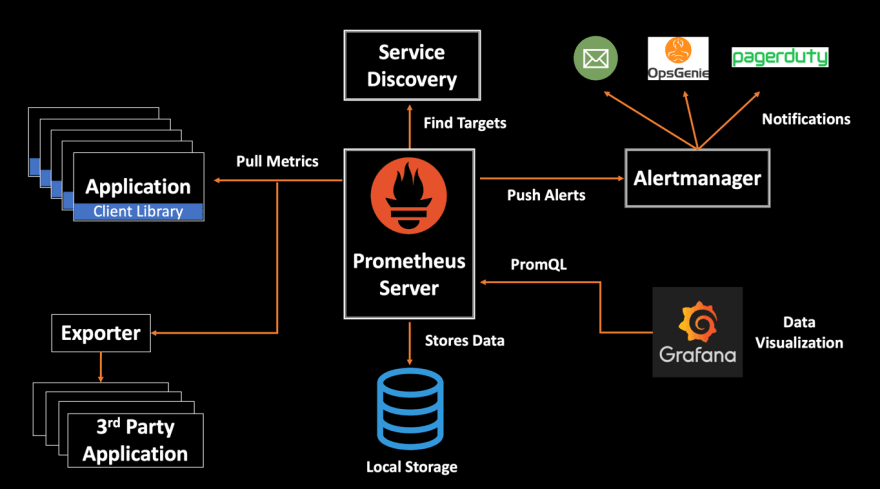 The Prometheus server consists of:

2. Deployment
Portainer can be directly deployed as a service in your Docker cluster. Note that this method will automatically deploy a single instance of the Portainer Server, and deploy the Portainer Agent as a global service on every node in your cluster.
First, retrieve the stack YML manifest:

Then use the downloaded YML manifest to deploy your stack:

3. Logging In
Now that the installation is complete, you can log into your Portainer Server instance by opening a web browser and going to:

3. Third-Party Exporters
Node_exporter is one of the exports that help prometheus collect metrics of the machine to be monitored and installed on the target machine (the machine being monitored).
cAdvisor is to analyze usage, performance, and many other metrics from Container applications, providing users with an overview of all running containers.

At stack monitoring we need to add the content config of cadvisor and node_exporter to the docker-compose file then update the stack.

In the Prometheus config file we need to add node-exporter and cadvisor to the scrape configuration as follows:

4. Visualize data with Grafana
In the Grafana page we built above at localhost:3000
Here we log in with the user and password as admin. 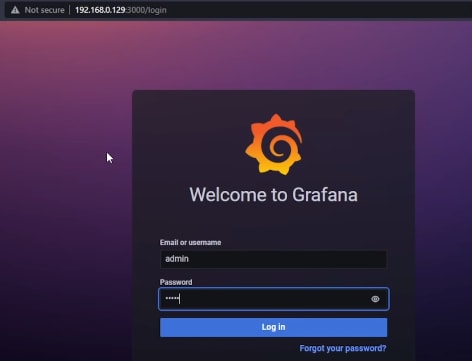 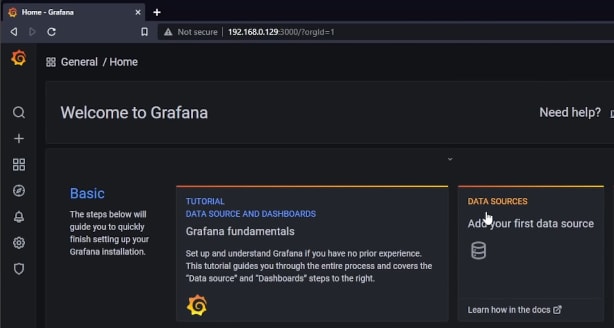 At the setting we need to reconfigure the HTTP tab at the URL is http://prometheus:9090 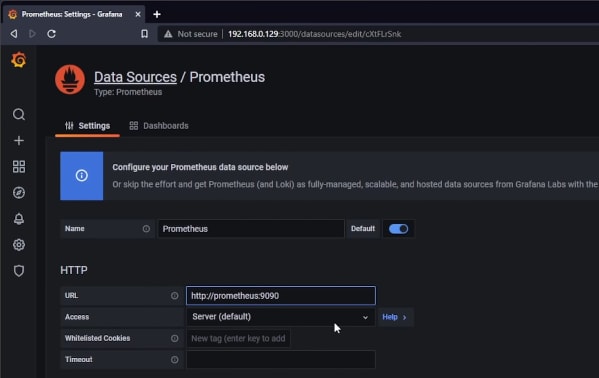 After connecting your data source, at Home we create a new dashboard => Add an empty panel.

The Metrics browser helps us query the data to visualize. 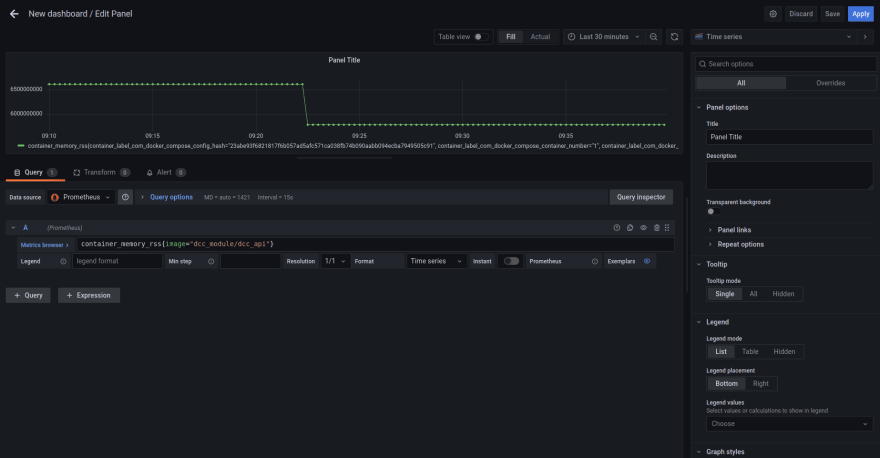 5. Import Grafana Dashboards
In the Grafana homepage https://grafana.com at the Dashboards tab we will see there are many dashboards. In this article we will learn about node exporters and cadvisor. 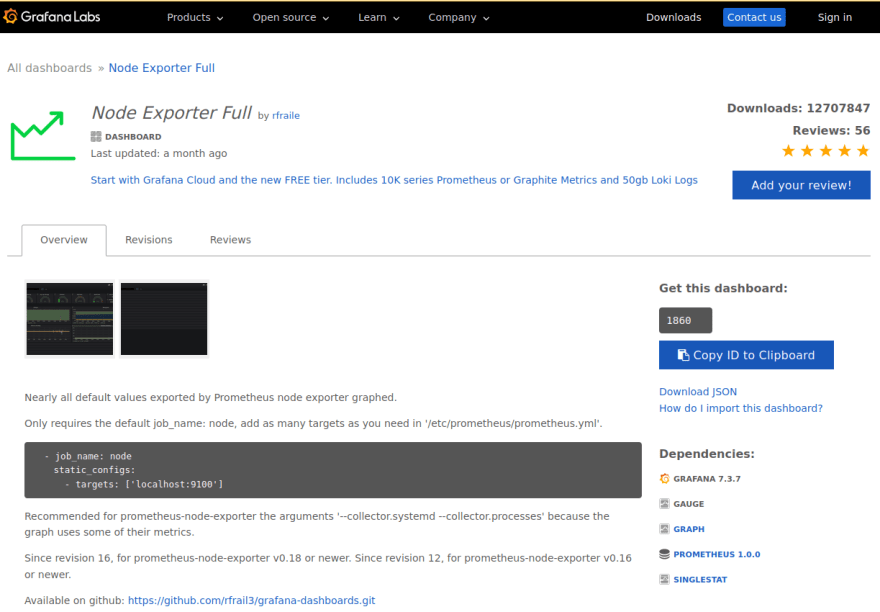 Get node exporter full by copying the ID and pasting it into the dashboards server we built. 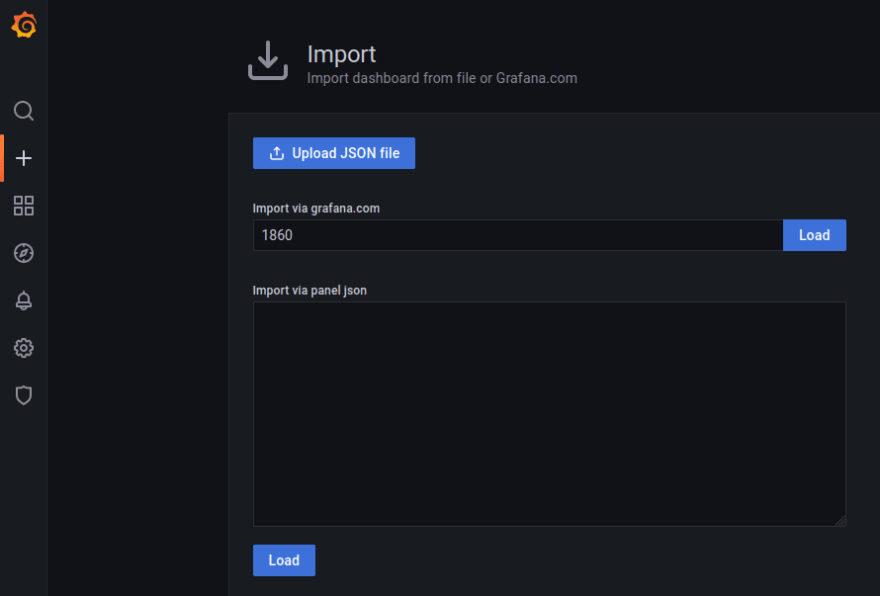 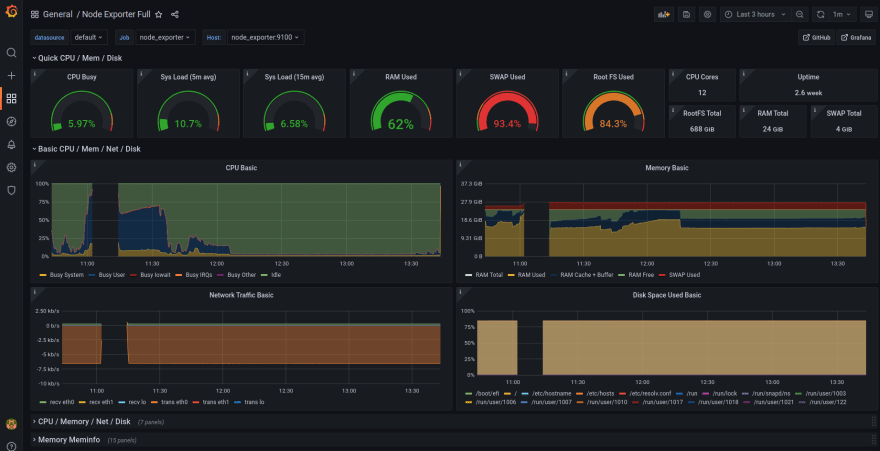 Get a Cadvisor exporter by copying the ID and pasting it into the dashboards server we built. 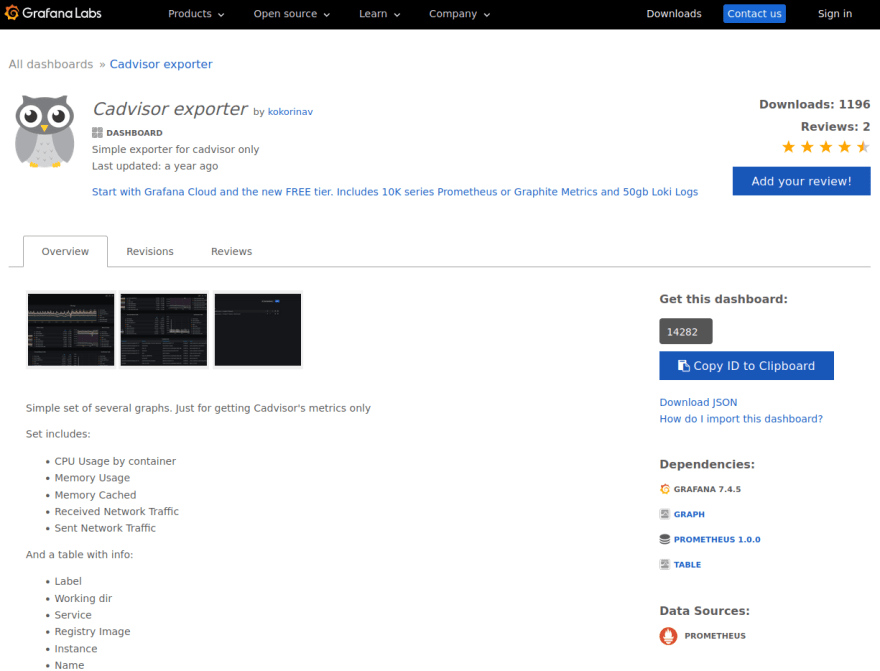 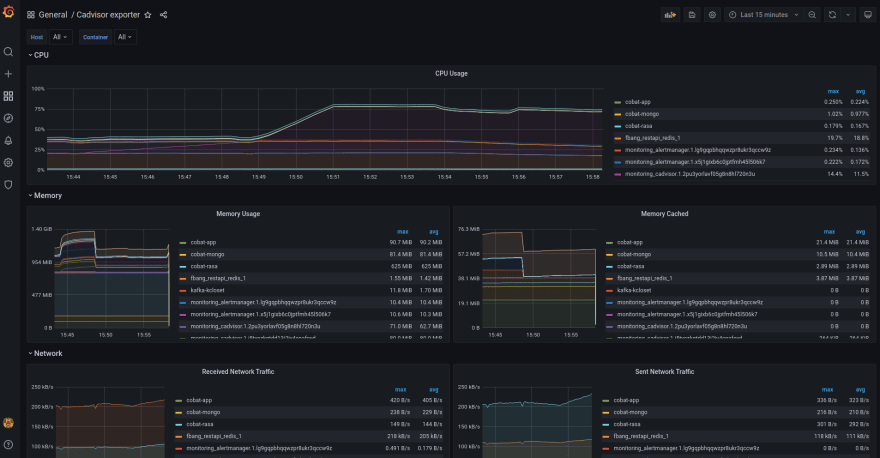 The Alertmanager handles alerts sent by client applications such as the Prometheus server. It takes care of deduplicating, grouping, and routing them to the correct receiver integration such as email, PagerDuty, or OpsGenie. It also takes care of silencing and inhibition of alerts.
Readmore...

Conclusion
Thank you very much for taking time to read this. I would really appreciate any comment in the comment section.
Enjoy🎉

Serverless (FaaS) vs. Containers — when to pick which?

Install docker and docker-compose on ubuntu 20.04

Huynh-Chinh
When life changes to be harder, change yourself to be stronger.
Prometheus Alert-manager with Slack, PagerDuty, and Gmail
#prometheus #alertmanager #slack #gmail

Once suspended, chinhh will not be able to comment or publish posts until their suspension is removed.

Once unsuspended, chinhh will be able to comment and publish posts again.

Once unpublished, all posts by chinhh will become hidden and only accessible to themselves.

If chinhh is not suspended, they can still re-publish their posts from their dashboard.