👶👶👶 Congratulations to EddyW & his wife who welcomed a new son into the world last week! We need more Junior Dev’s!!!

🏆🏆🏆 Congratulations to sorenG who completed a year-long web site project at work! Despite all the overtime he’s still been able to contribute to the Chingu Quiz open source project!

🎉 🎉🎉 And congratulations to the Chingu Quiz team for the progress they’ve made this past week and for growing to 9 contributors within Chingu and another 2 from outside our organization!

🎉 🎉🎉 Congratulations to the new Chingu’s who have submitted Solo Projects in preparation for the start of Voyage 25 — deast & audreyk. We can’t wait to see what your teams will be creating in Voyage 25!

🚀🚀🚀 Voyage 23 has ended. Congratulations to all Chingu’s who participated in this Voyage! Completion Certificates will be distributed by October 18th!

🚀🚀🚀 Voyage 25 will be starting on November 2nd and it’s deadline for Solo Project submissions from new Chingu’s is October 27th! If you’d like to join in visit chingu.io to sign up.

Why is Jim not awake yet? Wakey wakey. Important day!

Putting that in mind, I believe NGINX is a better option? Not really sure which to choose between SQL/NoSQL, but I would need a push notification functionality. (I’ve seen that there are these features for AWS and Firebase, but not for MongoDB etc..)

If it’s going to be a large project and you want it to be maintainable, I highly recommend looking at a more structured framework (not express). I’d recommend NestJS but I’m sure there are other ones suitable as well.

We are starting Voyage 24 within the next two hours…..executing the final steps to light this candle!!!!!

Which documentation is best to learn Java. For eg For JavaScript we have MDN documentation. Anyone please suggest. I will be really grateful for that!

I’ve deleted the phone numbers of all the Germans I know from my mobile phone. Now it’s Hans free.

For Tier 3 this implies a BE API function that uses a file or DB to keep track of which question was last given to each user. This also requires user authentication since you’ll need to track more than one user

Styled components are awesome. you can use a theme like a global stylesheet. then you can write CSS in each file which basically works like CSS modules. it supports SCSS-like syntax. and it makes it easy to pass props to your CSS.

Hah, reminds me of something my coworker said to our project manager today, after she kept giving him “important assignments”. “If everything is top priority, nothing is”

Kinda excited. Danish site, but been working on it over a year now as (pretty much) the only frontend dev. Going live today!

Let me know if it works. I’d like to know how the css could break like that

What amazes me is that some people have written quantum algorithms in 80s that can break all encryptions. But we still don’t have computation power to execute them

Has anyone ever used PR Templates on Github?

That’s a great question. I’d like to know the answer too

State of the Jamstack Oct 2020 Keynote, Matt Biilmann of Netlify 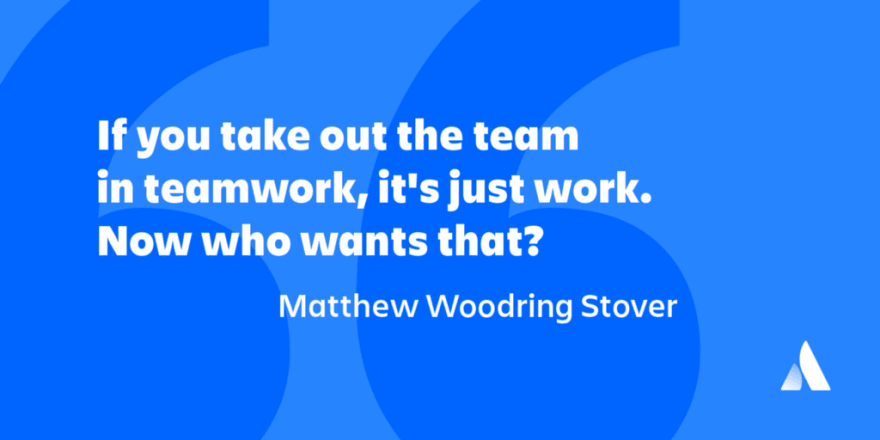 It doesn’t take too many Sprints for a team to realize that technology is the easy part of the project. The hard part is working effectively and in harmony as a team.

This is especially true for new Developers who haven’t had a lot of team experience. You don’t know what you don’t know until you know it, which is why it’s important for individuals and teams to reflect on their workflow and how they deal with problems when they come up.

Problems and conflict will occur so it’s important to not ignore them. Reflecting on them starts by asking hard questions.

To get the most from this type of reflection:

Remember you can disagree without being disagreeable!